Support us ! We need you now to produce our first record "SADHANA". 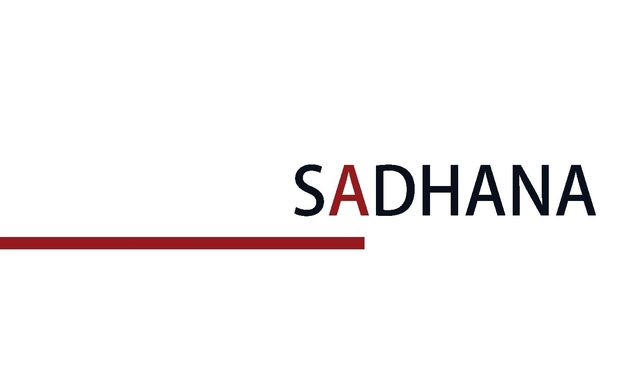 You will appreciate intimate pieces, written as a jazz musical suite, with influences as diverse as African music or early 20th century composers (such as Ravel and Debussy). Mixing writing, improvisation and spontaneity, the duet offers you a journey between introspection and elevation...

"Sadhana is an original Sanskrit word (very old Indo-european language) which means "way of achievement". This is also how the texts which describe the rituals of Tibetan Buddhism are called, these being a support for meditation. During practice sessions, these texts are sung more or less accurately, along with music played by the attendees."

Our Sadhana is more of a contemporary adaptation, in a western and personal musical form, of major steps of the Buddhist ritualistic format (rituals born in India thousands years ago, and which arrived in the Western world in the 1970's after remaining for a long time in the Himalyan regions). However, our aim is not to arrange traditional music but to transcribe the big symbolic steps of these observances. The goal of these rituals is to understand the nature of mind, to deepen into self-understanding, into our relationships to others and the perception of the world around us. In order to understand its "ultimate manifestation", one goes through an archetype (a symbol of the spirit in its enlightened state), on the form of a divinity. In Tibetan Buddhism, each divinity is called using a specific sadhana.

These sadhanas are all from the same basis, which stimulates meditative inspiration. They represent a way of making philosophical perspective through concrete meditations using external media (musical instruments, mantras, visualizations, making mandalas, ...).

These rituals have been built in three main steps: the preliminaries, when favourable conditions for the creation of a sacred moment are set up, the principal phase, when we connect to ourselves through meditation, and the conclusion, when conditions are set up so that the work conducted is productive.

With "SADHANA", the music we propose is inspired from this structure. The pianist Baptiste Rousseau, who did a retreat of 3 years and 3 months in a Buddhist center, and who carries on with a daily meditation, has composed a musical suite which respects the steps of a traditional sadhana while using his own cultural codes and personal influences.

This project allows him to share his experience in an intuitive and direct way. It's also a means to highlight the universal aspects of these rituals, by seeking to go beyond cultural differences, in order to better understand and adapt to them.

Here is - exclusively - the list of the pieces which form the SADHANA suite:

From sky to earth

Three evening concerts are already planned for the rewards, and you'll be able to enjoy our new album in preview !

The recording is planned in Paris at the beginning of November, and the CDs will be available in early December. How perfect ! Just before Christmas !

(piano, composer) has been living in Burgundy for about 15 years. He started studying the piano in his native region (Centre) with different teachers, then in Pascal Lacore's jazz class at the Conservatory of Music in Châteauroux. At the early age of 16, he started performing with small groups and big-bands. When he was 20, he devoted himself to the musical profession, and participated in numerous projects including jazz, latin-jazz, Cuban music and salsa orchestras.

An adept at meditation since his teenage years, he started to study Tibetant chants and traditional instruments, both in France and India, with several masters. He carried out the traditional retreat of 3 years and 3 months in order to deepen his understanding of meditation, where rituals, music and songs, have a central place.

(saxophones) was born in Burgundy. After finishing his classical studies at the Dijon CRR, he went on to study jazz, firstly in the Conservatory of Music in Châlon-sur-Saône, and then at the ENM in Villeurbanne. He quickly gained experience as a professional musician, along with other young musicians from Dijon, by founding a group who performed in weekly jam-sessions for 5 years. He then got a position within the prestigious Big Band of the French Air-Force, where he still plays the tenor sax.

Highlighted during "Miss Knife sings Olivier Py" international tour, he also performs with the Electro Deluxe Big Band, who enables him to play with C2C, Marcus Miller, Robin McKelle and 20syl on the greatest European festival stages and at the famous Olympia.

Your support will allow us to make our project thrive through the recording of our musical suite "Sadhana" and its broadcasting.

All the proceeds will be used to:

-pay a commission fee to KissKissBankBank (400€)

And should the objective of 5200€ be exceeded, all the extra money will be used to promote and broadcast this wonderful music.

On the contrary, if we do not achieve our goal, you'll be happy to get all your money back ! But we will spend our entire lives in debts, we won't be able to afford higher education to our kids, and our wives will certainly leave us. We'll have to sell our houses, our cars and even our instruments ! So do not hesitate to help us and share our project !

By supporting this project now, you will enable us to produce the album of our dreams without taking unnecessary risks. And as a thank-you for your generosity, you will have the choice among many rewards (from the album as digital files to the private concert).

Thank you in advance for your support and generosity.

A "BIG THANKS" + the whole album to download in preview.

A "BIG THANKS" + the CD album (shipping to Metropolitan France).

A "BIG THANKS" + the CD album (global shipping).

A "BIG THANKS" + the CD album with a personal dedication.

2 records pack : a "BIG THANKS" + the EP + the CD album with a personal dedication.

A"BIG THANKS" + the CD album + 1 exclusive rock-climbing session with Olivier !

A "BIG THANKS" + the CD album with a personal dedication + 1 limited edtition book detailng the history and the symbolism of the "Sadhana" suite.

A "BIG THANKS" + the CD album + 1 private commentated listening session over a drink + your name in the booklet.

Sponsor pack : the CD album + 1 aperitif to thank you + OUR GREATEST GRATITUDE.

A "BIG THANKS" + 1 private concert in your house ( if you're lucky enough to have a Yamaha C3 tuned piano or equivalent ...), excluding transport and accomodation costs where required.

A "BIG THANKS" + 1 private concert in your house (including the piano delivery), excluding transport and accomodation costs where required.