Saving lives of animals and humans

Roads in natural areas costs the lives of people and animals through collisions. It affects all of us! Help us solve this problem! 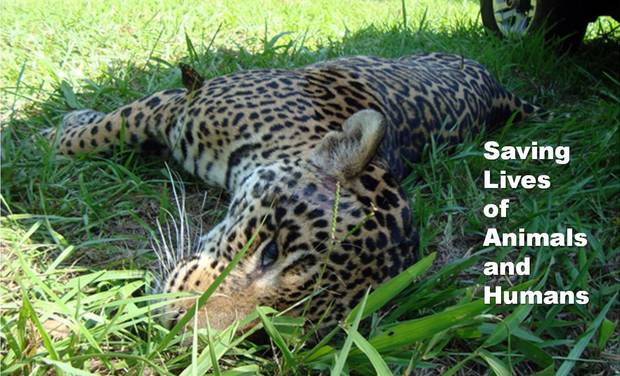 Saving lives of animals and humans

In the United States, there are 1.5 million collisions causing death and injury to both humans and wildlife, not to mention the enormous expense with material damages. In Brazil, there are over 475 million animals killed every year; about 400 million small mammals, amphibians, birds, and reptiles, and 75 million larger mammals, such as Manned Wolf, felines,  and large herbivores.

We are talking about 15 ANIMALS KILLED EVERY SECOND on the roads!

Yet, human encroachment on natural habitats is ever increasing and there are no solutions proposed to reduce collisions or the subsequent physical, emotional, and natural damages.

We are testing deer whistles; small plastic devices on cars, vans, and buses in the magnificent Iguaçu National Park in southwestern Brazil, in a joint effort with its Argentinean counterpart. We need funds to buy these whistles that luckily, are now produced in Argentina based on a Canadian patent.     Scientists have mixed opinions about these devices, arguing that there is little evidence that these devices have a positive impact. However, most scientific experiments were poorly done, focusing on only one species or worse, were based on extrapolation only.    However, these ultrasonic whistles have never been tested under our latitudes with our fauna, so it is worth giving it a try - whistles are a cheap and easily implemented technique.   The implications are so huge that we cannot simply discard them before testing them in a properly designed study where solutions against road kills are so much in need.

Moreover, we conducted a preliminary test in 2013 in the Iguaçu National Park in Brazil. We equipped eight buses doing the shuttle service for visitors and collected 135 sightings in 4 months.

Over 70% of avoidance behavior from mammals and birds could be documented!

This sounds pretty promising; so now, let’s take it to Phase 2!    We will be doing another 4 month monitoring test with volunteers in both parks. It will involve a double-blinded test approach to reduce human-induced bias and to determine whether or not whistles are worth investing or not.    Volunteers who daily, drive park buses and taxis transiting in both sides of the Iguaçu National Park (Brazil and Argentina, woot-woot!!! Congrats for the first international conservation actions in these two parks!), will have their vehicles equipped with a pair of whistles. During a four month period (from mid-August to mid-December), they will report each animal sighting, informing which animal they saw, and what the reaction was; avoidance or no avoidance?    Our objective is to verify whether this cheap device could help mitigate road kills and collisions in order to promote nature conservation in this part of the globe and foster a better relationship between humans and wildlife.

Your donation will help buy 30 whistle pairs ($350) and fund the logistics required for this final monitoring ($150)!     It is a small budget project with huge local, national, and international implications.    It serves the interests of the whole Planetary Family, which has never been more important than it is today!    This is an inspired and an inspiring community-based collaboration:    • between two countries (notice how humans tend to hate their next-door neighbors); • between two national parks (while UNESCO recommended a joint management in 1986 it has never happened before. This project could be the kick start they need);   • between social workers, scientists, private sector and local communities (the world needs so much of integrated efforts like this one).    Together, using our common sense and good will, we will solve a problem that hurts all components involved. It is highly symbolic and very affordable with little risk involved! By December, we will know if the whistles are worth investing. We are already pushing a bill at the highest levels in the Brazilian government to ensure that if such measure reveals effective, it will be implemented everywhere humans and nature conflict. Simple, Cheap, Witty and so useful!    On top of all this in four months of time with very limited resources, we will have shown the power of integrated work. What benefits the whole, benefits each and every one! _/\_