Bringing Rwandan Stories to the World

Contribute for my flight from KIGALI to HAMBURG in the Festival where My short film "KAVUNA" has been selected. 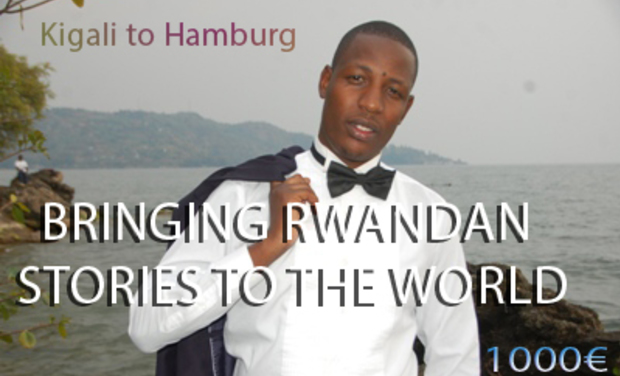 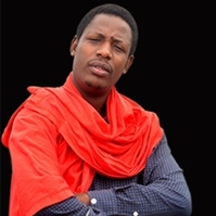 Bringing Rwandan Stories to the World

KAVUNA is a young girl born with HIV/AIDS. The name comes from a Rwandan adage which sais: “YARUSHYE UWA KAVUNA” to mean that someone got in troubles like KAVUNA. People talk about this when they see someone in troubles caused by others.

KAVUNA’s father is not treating her like her brother, simply because she has HIV/AIDS. She wins her brother in bulls game, but the boy take them all and leave to his father. He can even drink on the father’s beer. When KAVUNA crams to the father, he just see that it is normal to do what the boy want to her seek sister and he award him another drink on his beer. When the young girl wants to have a little bit drink on the father’s glass too, this is a good time to the father to shout on her and remind her that she should quickly take her medicines. The young girl is sad and feels lonely, stigmatized.

One of my brothers born with HIV/ AIDS, this is the origin of inspiration. He is now 20 years old.

This film is already made, it have just 2:45 min. the project is to go in the 33rd Hamburg international short film festival where it have been selected in 3 minutes quickie competition.

To fund this project, is to say "no Stigma to children born with HIV/AIDS" it's also to give a chance to a new film production which comes with a purpose to show a new image of Africa by interning in deep its History, its culture and African life style beginning to Rwanda.   Rwanda is the first country in the world which knew the most horrible Genocide. in only 100 days, 1,000,000 people dead. Now after only 23 years, Rwanda is the first country in the world developing faster, the cleanest in Africa and the unity and reconciliation is becoming possible.   What can be the possibility to exhibit such change to the world? How can it inspire the rest of the countries in conflicts? There is no way else than giving us a chance to be able to speak and show!   I have chosen Films like my tool, but I need this money to have a voice.

About this, I am training a team of young people with a Passion of story telling story telling and filmmaking. Our aim is to write professional scripts of films about Rwanda/ Africa.

This is Mon Voisin/ My neighbor, another story that I bring with me to try to find a potential producer. it talks about neighborhood between Rwandan, Congolese and Burundian. The short movie has been made, just to show what we want to do as a feature film.

This is my team, my class, my daily partners. We share the same passion of showing Rwanda/Africa the world. We are writing, collecting and arranging stories. We have no enough materials, but our vision is to make a story lab.

This is our actual story lab, but we dream about this

And we want to have it from our stories. for that reason, this festival is a way to meet other filmmakers, producers, to exhibit what we are doing and maybe win an award for KAVUNA.

This is an introduction of a TV program that we are working on, and I am bringing its project to the festival to find a potential producer.

in General, apart Kavuna, the selected short movie, I bring with me 4 film projects:

>> Commune rouge - From Commune Rouge to the parliament ( a documentary film about a young girl genocide survivor who is now a deputy in parliament.

>> Mon Voisin the feature film ( about neighborhood and domestic trade between Rwandan, Burundian and Congolese.

>> Changing the world. a TV program about success charity/humanism  sharing.

The aim is to find potential producer and make these film projects realizable professionally and be traded.

The money will be used for travel to hamburg.

If I have more than 1000 Euros, then I'll use it to fulfill the gap. Otherwise, it will be my contribution too!

This Money has to pass on the Account of Mr Jean Paul GOSSELAIN, He is a good friend and I know her through her daughter Veronique GOSSELAIN. they have been incredibly helpful to me  because from my country, it is very difficult even somehow impossible to use normal account or paypal as it is in rules here on Kisskissbankbank.

I trust him, and after the campaign, he will use the money to buy me a flight ticket online and send me the rest of-cause!

A very big thanks to him.

A lovely thank you and an eternal friendship

A lovely thank you, an eternal friendship and your name written on the credit of Kavuna feature film

A lovely thank you, an eternal friendship, your name written on the credit of Kavuna feature film and a package of Rwanda tea