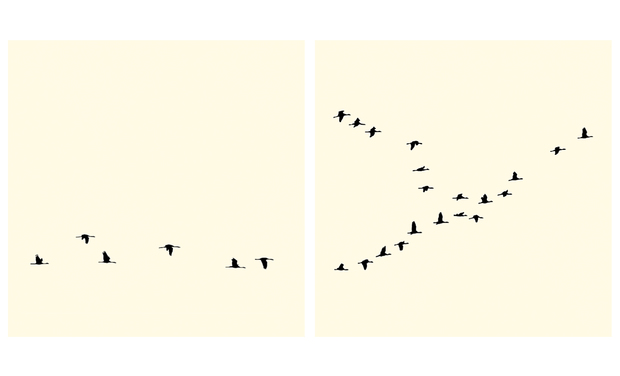 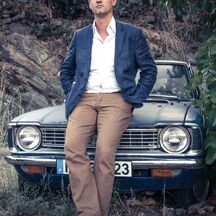 Senbazuru, an art book inspired by Zen and Japanese Calligraphy whose pictures lead to a form of poetic mediation. This photographic project is insipired by the life of Sadako Sasaki and her fight against leukemia with only one weapon : a Senbazuru.

"I will write peace on your wings and you will fly across the world to carry this message”.

When Sadako Sasaki wrote these lines in her diary in May, 1955, she was dying of leukemia in a Hiroshima hospital. In a race against time, she focused all of her energy on one thing only: completing her Senbazuru.

In Japan, the crane is a symbol of peace and longevity. A Senbazuru is a group of one thousand origami paper cranes lined on a string. According to the ancient Japanese legend, anyone who completes a Senbazuru will be granted a wish by the gods.

Sadako Sasaki was not so lucky. She was two years old when she was irradiated during the bombing of Hiroshima, but her leukemia would not appear until she reached the age of eleven when she was a young girl full of life.

During her stay in hospital the disease began to advance rapidly. When she heard about the legend of Senbazuru, without hesitation she knew what she must do. She decided in that moment to make a thousand paper cranes - her Senbazuru - and ask the gods for her cure.

Filled with energy and fervent hope, she began folding her origami cranes, but quickly ran out of paper. So, she improvised and turned to anything she could find; her school notebooks, scraps of paper she liberated from other patients’ rooms, gift wrapping, labels from medicine bottles…

Unfortunately, Sadako died only after she had completed her 644th crane.

In her diary this sentence : "I will write peace on your wings and you will fly across the world to carry this message”.

Moved by this crushing loss, in a gesture of solidarity Sadako’s classmates would finish the Senbazuru she could not complete herself so that she may be buried with all one thousand. Since then, Sadako Sasaki has become an international symbol of peace.

To portray a thousand cranes as a single photographic object, a Senbazuru formed by 36 photographs, shared with you in hopes that it will provoke the creation of a thousand worlds, a thousand dreams bringing peace, such is my project.

François Laxalt lives and works in Paris. Photography is his way of seeing the world and with his images, he's trying to re-enchant the world.

He passionately believes that each of us experience visual moments in our daily lives, emotional shocks that change our perception of the world and of photographic art. “There’s a crack in everything, that’s how light gets in” sings Leonard Cohen in Anthem. He believes in the cracks in the mask that is our daily experience. That there are spaces, moments that go unnoticed wherein light and beauty manifest, small culminations that can feel otherworldly, hidden yet somehow omnipresent.

The finite moment when this miracle happens allows us all to experience non-moments we live each day with the vibration of an emotion, the notion of artistic balance, a door opening to something wonderful.

By photographing recurring artistic appearances that occur in my own daily life, in the sky, on a pavement, in a glass, he wants to believe that he's simultaneously revealing those that emerge in the daily lives of the viewer. The question is less about a decisive moment as the "things" he photographs are by nature, by their very essence, immutable, common and repetitive. It is their appearances accumulated over time that transforms their image into a photographic project. It is the universality of their continued presence that he  wants to believe can transform an unextraordinary life moment into an artistic hope.

Francois' ambition is to extend the temporal field of photography into the future. To combine a sense of time relative to both the object being photographed (“what was”) and time experienced by the viewer (“what I see”), moving as one towards a new dimension: the “what will be”.

We will all still see flocks of birds, subway passengers, stains on the walls. It is my hope, however, that the photographs presented to you here today change what you live tomorrow, in how you experience the continuum of images in your own lives; and urge you towards finding artistic emotion in a few of the cracks — and a renewed sense of wonder.

Re-enchanting the world through photography.

Francois started exhibiting in 2008 and I won the Iris Center's favorite prize in 2010. Since then I have exhibited my series at various festivals including Photocollection (Paris) and Paraty Em Foco (Brazil), at the Hotel de Sauroy (Paris) and at the Little Big Gallery (Paris). My series have been published in various magazines and sites such as FotoMagazin, Musee Magazine, l’Oeil de la Photographie or HuffingtonPost.com. His photographs are in many private collections in Europe and United States.

Our collection objective will allow us to carry out the edition in the best possible conditions.

The book will be printed in full color with a canvas cover and a picture embossed in the cover. In the book, you'll find a 8 pages insert with the 36 pictures and 1000 cranes on the same sheet of paper. You'll own your own Senbazuru!

In 240 x 340 format, the body of work consisting of 80 pages and 4 cover pages will be printed on Munken Pure paper of 170g which will give excellent color rendering and print quality for the images.

A binding with a square back sewn glued to ensure good maintenance of the book for many manipulations. Printed on the presses of the Pbtisk printing company established in the Czech Republic, one of the largest European printing houses, with more than 10 million books produced each year

The book will be published by Empreintes & Digitales Publisher under the Artistic Direction of Jean-yves Camus.

Your participation is an opportunity to become the proud owner of a collection art book accompanied by an original photograph of the work of Francois Laxalt. You'll also have your own Senbazuru independent from the book.

The mockup of the Senbazuru you will get with the book :

1 book signed, numbered from 0 to 49 as standard edition An original 14x14cm print, signed A senbazuru signed (insert with all 36 pictures & 1000 cranes) A dedication to your name by the artist Possibility of receiving an invoice

1 book signed An original 9x9cm print, not signed A dedication to your name by the artist Possibility of receiving an invoice

This is the Collector print run limited to 36 books and images. The Senbazuru project has 36 images representing in total 1000 cranes......so a full Senbazuru. For the collector edition, only 36 books are available, each one comes with a different image from the project. Be the first and choose your image! Books, pictures and insert are signed, named by the the choosen photo title and numbered from 0 to 35. 1 book signed and numbered An original 20x20cm print, signed and numbered A senbazuru signed and numbered (insert with all 36 pictures & 1000 cranes) A dedication to your name by the artist Possibility of receiving an invoice