SEUL L'AVENIR NOUS LE DIRA (Only The Future Shall Tell)

Filmmaker Rainer Werner Fassbinder is not dead ! He's back, with a vengeance... Please help us fund his return to the screen. 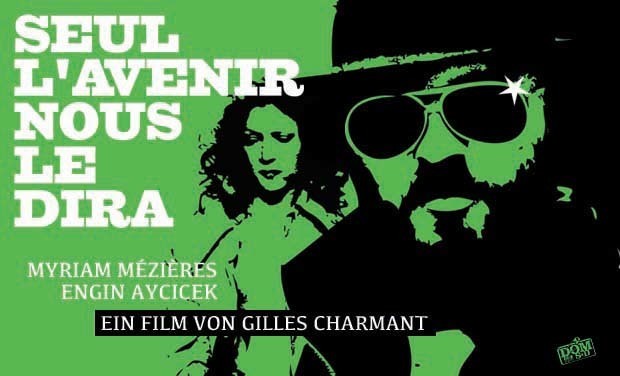 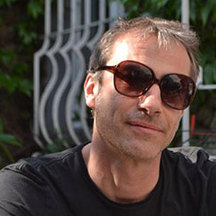 SEUL L'AVENIR NOUS LE DIRA (Only The Future Shall Tell)

A SHORT FILM WRITTEN AND DIRECTED BY GILLES CHARMANT

1982. The great militant German director Rainer Werner Fassbinder feels both politically and culturally disgusted by the materialistic and cynical values sustained by the Thatcher-Kohl-Reagan triumvirate. His faith in film making dwindles as he witnesses Hollywood’s bombastic descent into pompousness. He secretely arranges a temporary exit from the world : thanks to the pioneering technology conceived by French phycisist Émile Tricot, he has his prematurely aged body cryogenised for posterity. He lies in a dark cellar next to other disenchanted geniuses of the so-called seventh Art such as Nicholas Ray, Edgar G. Ulmer, and Ted Tetzlaff. His plan : to benefit from this 30 years time-jump in order to give a chance to the second millenium, with both objectivity and radicality.

2028. Fassbinder wakes up in a French town, and discovers France has fallen under the yoke of a depressing far-right and moralistic dictatorship. There’s an embargo on American cigarettes, alcool is prohibited, and homosexuals have been driven out of the country. Fassbinder immediately gets into trouble, and the militia is out to get him. Fortunately, Fassbinder meets Özgül, a ravishing woman, and one of the very last citizen of immigrant origin still living in the country.  Özgül offers him shelter. Together, they escape a love-less world, and spend one night of pure bliss.

Will Fassbinder return to his cryogenic box or will he choose to remain in this godforsaken world and resume his struggle ? His chance meeting with a strikingly handsome gardener might influence his decision…

As well as a great director, Fassbinder was also a bigger-than-life character. The idea is to revive him, to make him the hero of a fictional story and catapult him into the future. Fassbinder, like many of us, has burning questions about the fate of our civilization: “Will survival of the fittest still rule ?” ; “will mankind still hold utopian ideals ?” ; “will cinema remain a striving art form ?",  “will the practice of hedonistic pleasures still be possible ?”

The last honest director of the 20th century (with very few exceptions) takes us on a uncompromising quest for absolute truth concerning our commitments, our desires, our Weltanschauung. A melancholic journey through a decaying society, paved with acerbic humour, like an over-fermented plate of Sauerkraut, the master’s favourite dish.

The director finally gets to meet his hero !

Only the Future can Tell is a political film. It is also a tribute to the art of cinema and a poignant melodrama. Fassbinder is a ruthless rebel, the kind of person we identify with when we feel like refusing to compromise, to tolerate intolerance, injustice and the suppression of liberties. Born in 1945, Fassbinder was obsessed with the Nazi question, its roots, implantation, and consequences. All of his films have this preoccupation as a backdrop. According to Fassbinder, the plague was never eradicated. This is what I also believe. Today's persistence and trivialization of xenophobic and populist ideas terriffy me. That is why the screenplay is very explicit about the impending menace. It is only by putting a name on a looming danger that one can hope to prevent it.

However, the film remains a comedy. The goal is not to preach sanctimoniously about the world’s fate. What also interests me is our hero’s natural instincts. He’s an excessive bon vivant. After all those years of frozen abstinence, he wants to make love (to men, if possible), to smoke recklessly, to drink like Bacchus and to eat like an ogre. But alas, in the world he finds himself catapulted into, those elementary pleasures have become very hard to satisfy. So, in a society where hedonism and simple love have become as rare as an aurora borealis in the Casablanca sky, he miraculously stumbles upon a magnificent woman. Their fleeting, yet passionate relationship offers some hope for them both, and for human kind as a whole.

THE FILM'S TONE AND STYLE

As a tribute to Fassbinder, the mise en scene will sometimes borrow from his cinematic style : the characters will often appear emprisoned in the frame, filmed through doorways, or reflected in mirrors. The picture shades will stress the future's greyness, as if the earth, the sky, the buildings and the human beings had darkened as a result of an eclipse of liberties and feelings. But the precious surviving pockets of hope will be enhanced with warm, glowing colours.

Few tracking shots, and very short ones to stress a character's shift in emotions or decisions. But there will be one magical and baroque camera movement, a tribute to Michael Ballhaus, Fassbinder's director of photography, who made possibly the most dazzling circular tracking shot in cinema history in the film Martha (1974)

The story is set in a not-too-distant future. 2028 France hasn't changed drastically. On the contrary, it has decayed, has become even more drab. Progress has come to a halt. Consequently, the film will not require an avalanche of special effects. The main exception concerns the cryogenic cave. We imagine a spacious, damp underground chamber, housing a row of 20 cryogenic boxes. The cave's dimensions and perspectives, the large number of cryogenic boxes will  have to be created via SFX technology. We have already started working with a SFX company.

Each visual detail in the film will contribute to telling the story. They will often spare us superfluous dialogue and explanations, and will give the film more life, with subtle touches. Creating those details is a painstaking but crucial process. Some examples : France in 2028 has ditched the Euro and reverted to the old Franc. We will need to create banknotes with the effigy of the new president ; Fassbinder smoked about 10 packs of american cigarettes a day. Alas, tobacconists in 2028 France are only allowed to sell one patriotic brand : Clovis. We'll have to design and manufacture the packs.

THE PROJECT'S STATUS SO FAR

As of today, the project is supported by :

We have applied to a co-production agreement with Belgium, the reply is pending.

We have also applied for the ADAMI film fund and are looking for the support of another TV channel.

YOUR HELP WILL BE CRUCIAL IN ORDER TO INCREASE OUR CHANCES TO MAKE A GREAT FILM !

We are planning to start shooting in december 2014, in Caen, Normandy.

We want the film to be ready for the Cannes Film Festival in May 2015 !

CROWDFUNDING WILL ENABLE US TO :

2 - To design and manufacture all the PROPS needed. We'll also need to buy a tree in a greenhouse and paint all its leaves to obtain the autumn, romantic effect. (3500€)

3 - As of today, the budget for SPECIAL EFFECTS is undervalued. Part of the crowdfunding will help us boost it. (4000€)

The above compensations plus 1 autographed DVD of the film / la contrepartie ci-dessus et un DVD autographié.

The above compensations, plus a poster and drinks with the director / les compensations ci-dessus, un poster et un verre avec le réalisateur.

The above compensations, and a collector's prop from the film / Les contreparties ci-dessus et un accessoire collector du film.

The above compensations, plus a night with Fassbinder ☺ / Les contreparties ci-dessus et une nuit avec Fassbinder ☺