My Photographic Project will visit several Buddhist monasteries and temples in India, including Ladakh. I intend to bring back images taken with a view camera showing monks performing the ritual. Unlike a journalist or a tourist, I will participate and practice the rituals myself. These images will be exhibited in the Voies Off Gallery in Arles in 2014. 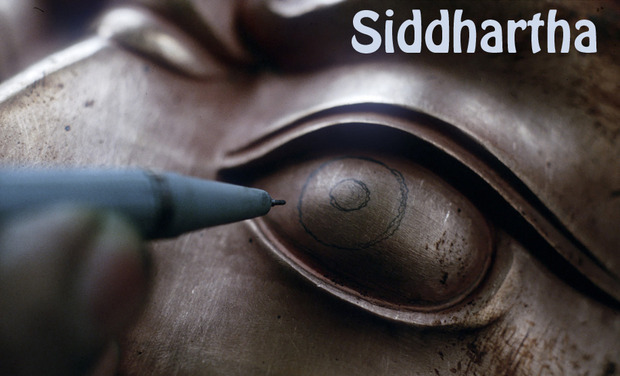 The ritual of any religion is the visible part of it, it is both essential (is there any religion without ritual?) and incongruous (why do some wear a hat to enter the temple while others take it off?). Although it is a medium to transcendence. How to make visible, ie photographic, this philosophical though? This is the challenge of this project ...

Most of the images will be taken with a large format camera, a slow method which I have made my own, appropriate to this solemn occasion, the very antithesis of the "decisive moment". I'm not naive enough to believe than one can show the Sacred.

I have previously made a documentary about the Norbulingka Institute in Sidhpur in India. At the time, these images had no other ambition than to praise the courage of Tibetan refugees and their will to preserve their traditions. The images illustrating this Kisskissbankbank project are from this report, they have been conventionally shot on slides with a Leica camera.

In the contrary, the current project is more an art project, it has the ambition to be in a different manner, the pictures have to me more profound, both descriptive and metaphorical.

My ambition is to achieve both contemporary and religious art, in the manner of Joseph Beuys or Bill Viola, without daring to compare myself to those great masters.

The result of this project will be an exhibition of large format color prints, maybe with some very large formats (6x10 ft) or a video projection. It is clear in any case that the appearance is as important as the purpose of it, the exhibition will be itself a kind of ritual.

A rich and complex tradition, Tibetan Buddhism surprises Westerners by its strange and complicated aspects. Surprisingly, more and more Westerners pratice this religion in which they see an answer to our modern existence.

This tradition is threatened by extremely repressive policy run in Tibet by the current Chinese government. This political aspect, although not central to my project is unfortunately impossible to ignore.

Following the fled into exile of part of the population, this religious tradition has fortunately spread and flourishes in India and in the West. It can be interesting to compare images of ceremonies in the West with those taken in the Himalayas.

Richard Petit shot "Cheap Land" over several years, a series of large format photographs of snowy mountains, an anxious look at the landscape confronting the banal and the sublime. More details on richardpetit.eu

I also repeatedly traveled to India, including Ladakh, called by the Indians "Little Tibet". The last time it was to teach photography to students of the Tibetan Children's Village in Dharamsala with the Artplusplus foundation directed by Agnès Legros, see video filmed by the children themselves.

I also produced a report on the Norbulingka, see above.

Richard Petit has the honor of being represented by the gallery Voies Off founded by Christophe Laloi, located in the center of Arles, the capital city of photography. Voies Off supports it's artists' projects and helps their distribution. More details, see voies-off.com

I dedicate this project to the Venerable Palden Gyatso, a monk whom I have the honor to know. He currently resides in McLeod Ganj in India, after having been imprisoned and tortured for thirty years in Chinese prisons in Tibet. He had the audacity to shout "Bod Gyalo" (Free Tibet)

The money collected will finance the travel and the technical expenses for shooting on film and printing the exhibition. So :

donation to the monastery from my own

accomodation and meals from my own