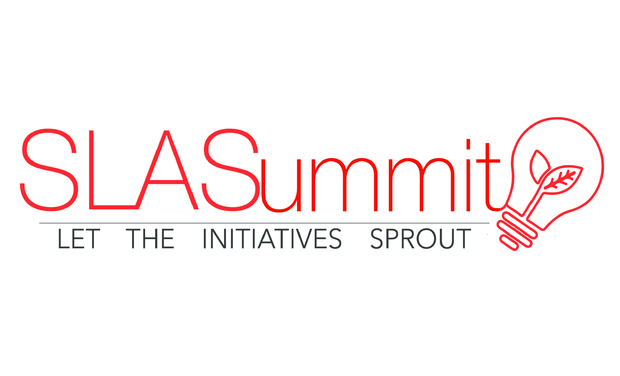 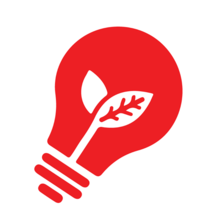 SLASummit is an emerging incubator empowering fellow students to create solutions to community issues in Latin America. Each year, we hold a conference and case competition that brings together participants from across the Americas to rethink international development. Instead of the traditional top-down approach, we get participants to go to the grassroots, using their diverse backgrounds to create projects to be taken on by community members.

From March 16th to 19th, participants discuss fundamental social, political, and economic issues affecting a Latin American community. We bring in academics and professionals for TED-style talks and interactive workshops, making it a unique platform to develop both strong conceptual and practical knowledge.

On the final day of the conference, each team will present its project in front of a jury made up of professionals and experts in international development. Among other things, they are judged on their feasibility, innovation, and sustainability over time. The winning project will get $5,000 to work with our partner NGO to refine its project and help the community implement it.

Our sponsorship and grants only cover conference expenses, allowing the project itself to have a genuine community focus. By funding this project, supporters can become a part of the mission and vision of SLASummit. We hope you take the time to learn more about SLASummit and the work that we support!

Our Partner Community and NGO

We are proud to announce that this year, we are partnering with the NGO Enda El Alto, which works in El Alto, Bolivia.

El Alto is one of Bolivia’s fastest growing cities, second in size only to Santa Cruz. This recent population boom makes it difficult for public service and infrastructure to keep apace with development. As a result, inhabitants of El Alto often face more structural difficulties than people in neighbouring La Paz. These issues are complicated by ethnicity, as El Alto has a predominantly indigenous population, and a mere 15% of the population identify as white or Mestizo. While the situation makes community organizations like Enda El Alto all the more necessary, they also turn the city into a fascinating and complex social system, at the forefront of the new Bolivia.

Enda El Alto works to support lower-privileged communities within the city, predominantly helping women and youth. By building up a community of disenfranchised people, Enda strengthens their wellbeing while offering the skills and support to succeed. Addressing issues of poverty, violence, gender inequality, student absenteeism, and youth vulnerability, Enda holds a strong community presence where government involvement is often lacking. Projects include a communal bank for entrepreneurs, a labour resource centre, a therapy centre, communal homes for young sexual assault survivors, and other school projects.

Established in 2014, with our first case competition the following year, SLASummit quickly emerged as one of McGill’s most innovative initiatives. We are proud to share some of our milestones since then, and examples of what teams have done in the past with the $5,000 from the crowdfunding campaign.

In 2015, the winning team travelled to Monte Sinai, Ecuador. There, they helped implement their project, Construyendo Conciencia Femenina, which addressed widespread domestic violence in the community. The team and partner NGO Hogar de Cristo held technical workshops to provide 120 women with the necessary skills to boost their labour market competitiveness. The workshops also included business development techniques for women to gain insights into building an independent venture. The technical skills empowered women to take steps toward economic independence, while the NGO partnership has enabled the project to be sustained over time.

The following year, the winning team worked with the NGO Mosqoy in the community of Parobamba, Peru to address issues faced by a group of weavers. While their work in Parobamba is ongoing, and despite the challenges encountered, the team has made great strides toward the full construction of a greenhouse and weaving centre, working to stimulate the local economy at every step of the way.

SLASummit holds a firm belief in bottom-up, self-empowering forms of economic and social development. The proposed solutions are not only be answers to problems highlighted by our partner NGO, but are also selected and implemented with the local community. The community is at the centre of each edition of the conference, and SLASummit works hand-in-hand with them on the implementation of the project. By taking this participatory approach, our model not only ensures long-term sustainability and growth, but also improves projects’ efficiency by precisely catering to communities’ needs.

Act as an incubator of grassroots, sustainable, and self-critical development.

Showcase Latin America and Montreal as hubs of entrepreneurship and innovation.

Electrical and Software Engineering, U4

As Co-Founder and Co-Chair, Armando Ordorica de la Torre has been with SLASummit from day one. Originally from Mexico, Armando came to McGill for Electrical and Software Engineering after living in Boston for high school, and is in his fifth and final year. Always chasing a new idea, or building up an old one, Armando inspires those around him with his boundless energy.

“If there’s anything I’ve learned from SLASummit, it’s that the team is as important as the idea itself. With such motivated and talented students at McGill, the past three years have mostly involved connecting these people and building on the results. I am honestly humbled by the hard work, creativity, and outright stubbornness of our team. This community has become my second family, and I’m sure it will be everlasting.”

Charlotte Martin is our second Co-Chair! Truly a case of starting from the bottom, Charlotte volunteered at our very first summit, went on to become Logistics Coordinator, and is now proud to be team leader. A Political Science student, Charlotte is interested in governance and social change.

"From volunteer to co-chair, I'm so happy to have experienced first-hand the evolution of the SLASummit vision and model. SLASummit is first and foremost a humane experience, and I am extremely proud of this year’s incredibly talented team."

Meet Esther Jamieson, our lovely Speaker Outreach Coordinator and Co-Chair! A Varsity Rower, Esther is simultaneously the most disciplined and laid-back member of the SLASummit team. Don’t underestimate her determination: not even injuries will stop her from training and competing. Apart from school and SLASummit, Esther merges her love of Cognitive Science and International Development Studies working at World Wide Hearing Foundation International, which provides access to hearing aids and care to children in developing countries and underserved communities.

“I’m from Aurora, Ontario - not exactly an international city - but I grew to love Latin America at when I lived in Ecuador a few years ago; this was in part what drew me to SLASummit. More than that, I think the future of development lies in sustainable community-based initiatives that empower communities and have a very tangible impact. I wanted to get involved because I value the developmental approach that centres on community perspectives and participation rather than focusing on top-down intervention.”

The total cost of the event is $20,000. All conference-related costs are provided by our sponsors, including the Marcel Desautels Institute for Integrated Management, Arts Undergraduate Society of McGill, McGill Alumni Association, and UBS.

This crowdfunding campaign therefore has one aim: the winning prize of $5,000 must come from the people who believe in our project.

BE PART OF COMMUNITY CHANGE AND SUPPORT US! EVERY DONATION COUNTS!

The McGill Saviour: A thousand "thank you" on our website, until we run out of breath, or you grow bored of it.

The Montréal Saviour: McGill Saviour + A "thank you" card, signed by the team, to immortalise our love to you + A photo of you on our "donors' mosaic"

The Québec Saviour: Montreal Saviour + A VIP pass to our daily videos of the conference

The Québec AND Ontario Saviour (or "two for the price of one" Saviour): Québec Saviour + official "thank you" during the conference + name at the end of daily videos (for future grandkids purpose)

The Canada Saviour: Québec AND Ontario Saviour + VIP access to all speakers' presentations, video format + name at the end of the film (again, grandkid stuff, they'll love it)

Canada and US Saviour: Canada Saviour + Skype meeting with the organisers (organisation of the conference, where from now, Québec beer, anything)

The Americas Saviour: Canada and US saviour + Skype meeting with (1) organisers, and (2) the winning team

World Saviour: Americas Saviour + a 2 minute recorded speech which will be projected during the opening ceremony! See this as the beginning of a lengthy career for you.

Universe Saviour: World & Moon Saviour + you become the OFFICIAL BENEFACTOR of SLASummit (your name attributed to the prize, your presence during the entirety of the conference, etc.) In student terms, you're now "pretty cool"

Universe and beyond saviour ("SLASummit Guru"): nothing can be imposed to the Guru. I'd suggest you contact us, so we can talk.