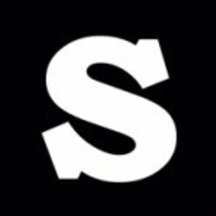 SMMMILE it’s 3 days of good music, common sense and good food, with an open mind, homely and pop. This is not a festival like any others because a big part of it is in open access (!!) in a citizenship spirit with a non commercial goal.

We're all volunteers and a big part of SMMMILE's success depends on the goodwill of everyone.

That’s why in order to organize the festival from the future we need your help !

Because sharing it means that we have to show respect for all lives, humans and animals.

That’s why we have to think of a transition toward a vegan way of life.

Because we believe in all these things and because we really want give to that transition a soundtrack, we’re creating SMMMILE, the first Vegan Pop Festival in France.

Today, We’re embarking on the crowdfunding adventure to make SMMMILE, the World’s biggest festival ! How? By expanding the initiatives village, an open space in open access for all!

In the initiatives village, you’ll be able to attend conferences, brainstorms solutions for a vegan future with innovative companies, participate in round table discussions, debates on ecology, health, ethology, animal rights …with smart, sensible and inspiring people, choose the food truck that you like, stroll from stand to stand, to meet some associations, artisans…….!

We want go further by giving you a gigantic initiatives village, sexy, pop, gluttonous and festive which will spread to the entire Parc La Villette and plenty free shows:

And Ice on the cake, an opening concert at the Grande Halle with one hell of a program!

You too, contribute to the success of the first SMMMILE Vegan Pop festival edition and become SMMMILER !

The festival from the future! A future respectful of the environment, more fair, a future to believe in.

Some good music, common sense, crazy happenings, colors and flavors from all around the world !

A festival where partners and participants work together but in a different kind of way to imagine a future more desirable, collaborative, vegan and pop!

A festival where you discover things, share unique moments, where you party as much as you take time to think, in an open mind, homely and slow !

The Indie-Pop program, Indie-Rock tinted Electro, is going to be all in gluttony and open to the world, both demanding and accessible.

The Cabaret Sauvage will offer you a stage with a headliner while the Trabendo will give you a scene allowing a perfect communion between artists and public.

By late evening on Saturday, come dance at the sound of the rising stars of Electro music. Outdoor, several musical ambiences: to gently accompany you or simply to dance barefoot in the grass.

At the Petite Halle, the Cooking classes and demonstrations will be led by some well known vegan chefs. SMMMILE will also be the perfect opportunity to challenge the gourmet chefs through the creation of 100% vegetables recipes.

You'll take your time to eat well, between the concerts and the round tables, thanks to the stands, food trucks and vegan restaurants of the space.

On Saturday, the "Disco soupe" collective will provide an anti waste vegan brunch.

A real iniatives village is going to be create around the Trabendo where partners, companies, associations will collaborate and cross their paths.

The “Pop Seeds” will also join the party with some workshops (cooking class for instance) and shows for the young audience.

For a free, sexy and pop initiatives village :

For a free, sexy, pop and gourmet initiatives village :

For a free, sexy, pop, gourmet and festive initiatives village :

- A very nice program with artistic and musical performances (or others) in the open air and accessible to all during all 3 days of the festival !

For a gigantic festival :

- An opening concert at the Grande Halle with one hell of a program!

Duo Pack // 2 reserved seats for the concert night of your choice + Style Pack.

Pack MMMécène (Sponsor) //1 booth for your company in the initiatives village.