The last Iran, before the final change: help us to share this trip in beauty, with images of 2 photo books 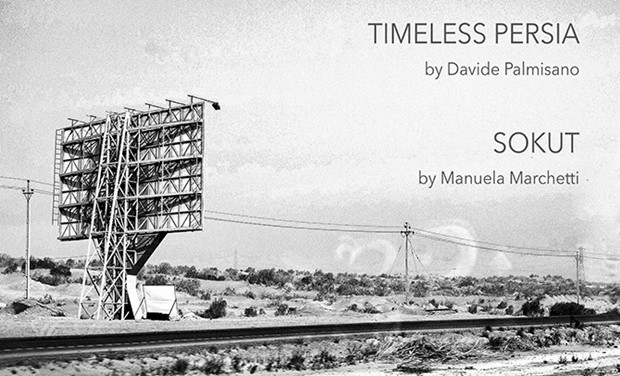 We are Davide Palmisano and Manuela Marchetti and we deal with reportage in humanistic themes. Beyond being a couple in life, we like to work together and share thoughts and emotions while shooting on field, in full freedom, maintaining own personal vision enriched by reciprocal confrontation. Our works have been published in both specialized and online magazines, were exhibited in solo and group exhibitions at various venues and photography festivals both in Italy and abroad and also received mentions and international awards.

We went to Iran in 2015 with the project to document this great country which is about to get out of more than a decade of isolation caused by international sanctions. And from this adventure was born the idea of creating two photo books to show to everybody the awesomeness that this place offered to us.

Now these two books are asking to come to light and be printed, and to do this we need a helping hand.

Both photo books have been edited by Paola Riccardi with texts in Italian and Farsi. They are "different twins", each with its own character, but thought to live together: two individual visions but complementary.

Literary texts were cared for by experts Tiziana Ciavardini, anthropologist and Antonello Sacchetti, journalist and writer. Manoocher Deghati, prominent Iranian photojournalist participated in the project by offering a caring and conclusive supervision.

The biographies of all of us are placed at the bottom in the FAQ of the project, but the most important aspect was the tight collaboration to which this self-constituted group has been committed for so many months , and also the development of deep and lasting relationships togetherwith the project.

Timeless Persia and SOKUT represent for each of us the first photo book.

The idea came from a strong desire to leave a trace of an Iran that perhaps will not be there anymore. We arrived in Iran in the spring of 2015 shortly before the outbreak of #irandeal through the Lausanne Agreement of June 2015 , from which an important, unstoppable and tumultuous process of change for the life of the Iranians took off.

Travelling through Iran, we realized that there is an ancient beauty that could disappear by overwhelming events. A beauty that we abandoned, mesmerized by this country which is suspended between the past and the present, that we did not just want to describe but to tell through our sensations.

A journey into the "silence" as a reality that speaks, as a place where the language of emotions could be expressed, but also a trip in a “timeless” country, where past, present and future are intertwined.

is a photographic story that expresses the contrasts and contradictions of Iran and at the same time a story of a personal journey. The dummy book of Timeless Persia has already been selected with the third prize at PhotoEbook award, organized last year by Emuse publishing house in Italy.

Images of SOKUT (title, meaning "silence" in Farsi) penetrate into the soil of intimacy bringing us to collective sense of the sacred. The images are alternated with verses from the famous Iranian women poets Forough Farrokhzad and Simin Behbahani.

Help us realize this project because we believe that the ancient and silent beauty of Iran deserves to be shared, beyond the preconceptions and in compliance with the changes imposed by history!

This crowdfunding will serve to cover part of the project costs.

We have already anticipated all the expenses for the preparation of an exhibition that includes a selection of images from both works, and we have embarked on the path of self-publishing for the books.

With this campaign we aim to partially cover the costs of print. Each book will be printed only in 150 copies , so the goal is to collect 1,800 euro but we also hope to overcome the threshold of 100% goal for a possible recovery of the deferred expenses.

Both books will contain color and black and white images, and are printed with digital printing technology HP-Indigo on GardaPat13 paper 150g, in different shades of white.

The softcover provided with flaps, are designed both in the name of more respectful simplicity, and below the pictures chosen for the covers.

Two postcards of thanks signed, printed in 10x15 format, each with a photo taken from the respective project (including shipping in Italy, abroad please add 5 €)

the complete set of 10x15 SIX postcards with images of projects + personal thanks on facebook page (including shipping costs in Italy, abroad please add 5 €)

A copy of the book "Timeless Persia", numbered and signed by Davide Palmisano (including shipping costs Italy)

A copy of the book "SOKUT", numbered and signed by Manuela Marchetti (including shipping costs Italy)

A copy of the book "Timeless Persia", numbered and signed by Davide Palmisano (including shipping costs extra Italy)

A copy of the book "SOKUT", numbered and signed by Manuela Marchetti (including shipping costs extra Italy)

a LIMITED EDITION book "Timeless Persia", numbered and signed by David Palmisano + printing an image of the book, in 16x24 format signed and limited edition of 30 copies (postage included worldwide)

a LIMITED EDITION book "SOKUT" numbered and signed print from Manuela Marchetti + a picture of the book, in 16x24 format signed and limited edition of 30 copies (postage included worldwide)

a fine-art print of one of the images to be chosen from among those included in the projects, with a limited edition of 20, made in 16x24 format on paper Canson Rag Photographique 210 g (shipping included worldwide)

a SPECIAL LIMITED EDITION of 2 books "SOKUT" & "TIMELESS PERSIA" both numbered and signed by the authors + 2 prints in 16x24 format limited edition 30 copies, each with an image taken from two books + the complete set of 6 postcards printed 10x15 , all enclosed in a box made from handmade fabric (shipping included worldwide)

a fine-art print of one of the images to be chosen from among those included in the projects, with a limited edition of 20, made in A2 format Epson Velvet 260 gr paper and pigment inks Ultrachrome K-3 (shipping included worldwide)

2 fine-art prints of many images, chosen from those included in the projects, A UNIQUE EDITION 1/1, produced in A2 format Epson Velvet 260 gr paper and pigment inks Ultrachrome K-3 + a copy of each of the two books "SOKUT" and "TIMELESS PERSIA" (shipping included worldwide)

a photographic journey in Iran by current year 2016, weekly fee for 1 person treatment b & b and flight to / r Italy included - trip organized in collaboration with DIRUZ.it , and with the guidance and the local presence of "SOKUT" and "Timeless Persia" Authors + a copy of the books "SOKUT" and "TIMELESS PERSIA" signed (delivered in Iran)