Support our solidarity project in Chios this summer ! 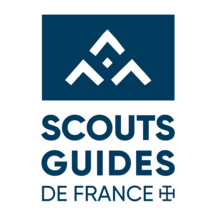 <p>Hello everyone ! We are the team of "Compa'dlimites", of the group Scouts and Guides of France of Cachan. This summer we are going to Greece for an international solidarity project to help the Caritas association, which manages the refugee and asylum seekers' camp on the island of Chios. We will organize activities for children, teenagers, and give us a helping hand on camp logistics.</p><p><img alt="Greece-1497456036" src="https://d3v4jsc54141g1.cloudfront.net/uploads/project_image/image/434085/greece-1497456036.gif"></p><p>For us, the challenge is to arrive through the organization of activities for children to make contact with the people living in the camp and to share with them about their history, about their culture. We wish to make this project a moment of sharing, and solidarity.</p><p>Once there, we will help the teams already in the field we know and for which our personal experience as Scouts, coaches, or big brothers / sisters will be useful. We believe that if there is an area in which we have skills, it is animation and contact with young people.</p><p> </p><p>Thus, we will be responsible for organizing every day activities for the children and teenagers of the camp. For 10 days, we will take care of groups of about 20 children from 6 to 11 years old, around artistic workshops, games and sports activities. One of our plans is to organize an exchange of letters with French children from a primary school in Cachan.</p><p><img alt="Chios-souda-1497455964" src="https://d3v4jsc54141g1.cloudfront.net/uploads/project_image/image/434084/chios-souda-1497455964.jpg"></p><p>For 8 days, we will have to organize workshops for teenagers from 12 to 16 years. Therefore, we want to set up English classes, theater workshops, cleaning activities in the camp and nearby.</p><p>The second part of our project will consist in the realization of a photographic exhibition on the theme "A look to Europe". We want to meet refugees, but also volunteers, residents, rescue workers, political actors. We want to ask them about their actions and how they look at what is now called the "refugee crisis" and how it is managed by the various European governments. In parallel, we wish to make a photographic portrait of them. The combination of the two will culminate in the creation of a photographic exhibition. Next to each photo, a panel will present the person's background and answers to our questions. We hope that this exhibition can be seen as much as possible in high schools, schools, public spaces, ...</p><p> </p><p>Our project is to help make the world a little better, a little more fair, a little more open. We want to create a link between the refugee populations fleeing their countries at war and the European populations that receive them. Far from thinking that our action will be the trigger of an international mobilization, we believe that we are moving in the direction of all those who before us have acted in their own way in favor of a more just society.</p><p>"We feel ourselves that what we are doing is nothing more than a drop in the ocean. But if this drop of water were not in the ocean, it would be missing. "</p><p>To help us is to be part of this process of solidarity and sharing of values ​​that we defend every day on our side.</p><p>We thank you in advance for the help you will be able to bring us.</p><p>Solidarily your, the Compa'dlimites team from Cachan.</p>

<p>To support us is to participate in this beautiful project of exchange and sharing. It is allowing us to realize our desire to work for a more just, more tolerant, more open world. But it is above all to allow children to spend three weeks playing, learning, discovering, going out of the universe in which they are confined during their exodus to a better life.</p><p>Here is a detailed overview of our budget:</p><p><img alt="Budget_intranet-1497455466" src="https://d3v4jsc54141g1.cloudfront.net/uploads/project_image/image/434083/budget_intranet-1497455466.jpg"></p><p>The funds collected on this platform will be donated to the Scouts and Guides de France association. So it will be to the national association that the money will be paid before it is transmitted to us. You will thus be able to benefit from a tax receipt allowing to deduct 66% of the donation of your taxes! Thus, a donation of 100 € really costs you only 34 €.</p><p>Our project does not end on July 29!</p><p><img alt="Img_20160720_111144-1497456820" src="https://d3v4jsc54141g1.cloudfront.net/uploads/project_image/image/434090/IMG_20160720_111144-1497456820.jpg"></p><p>Indeed, after the trip, on our return to France, we want to follow up our commitment and our project by different means:</p><p>- a shared retrospective on social networks and an evening in Cacahn will be realized</p><p>- a photo exhibition also made and exhibited in as many locations as possible</p>