Help me launch Solodou, the new pedagogical method that allows anyone to learn to read & write in complete autonomy 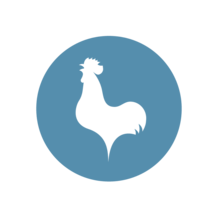 <p>The money collected on KissKissBankBank will be counted as donations. Your donations are not considered a purchase, so we will not be able to provide you with an invoice. The funds collected will be used to finance the development of Solodou&#39;s activity, starting with the production of the first 1000 kits.</p> <p>Social inclusion being Solodou&#39;s ultimate goal, the kits will be produced by and ESAT (Establishment and Help-Through-Work Service), where people with disabilities can earn a living through their work.</p> <p>&nbsp;</p> <p>Here is how the money will be spent:</p> <p><img alt="" src="https://d3v4jsc54141g1.cloudfront.net/uploads/project_image/image/583254/graphique-1554206346.png" width="100%" /></p> <p>The content of the other 9 programs is already written, but I still do not have the means to start production - it will come later.</p> <p>With 20,000 &euro; I can produce the first 1000 kits, launch the V3 of the App and finalize the textbooks of levels 5 and 6 (the rest of the program B-A-BA for newcomers). I will then seek corporate sponsors to finance the following productions.</p> <p>With 50,000 &euro; I can do all this, and finalize levels 7 to 10, to start the commercialization of the resident program, for migrants with a residence permit and a job, seeking to improve their French for professional purposes. Each kit sold allows the distribution of a free kit to a newcomer.</p> <p>With 100,000 &euro; I can set up a semi-autonomous teaching program for levels 1 to 3, which cover the basics of French for non-French speakers or those who have never been to school.</p> <p>&nbsp;</p> <p><strong>Any sharing of this campaign on social networks where your loved ones help us achieve our goal: to bring down one of the biggest barriers to inclusion in the world, illiteracy!</strong></p>

Help me produce and distribute a kit for a migrant in need. These will be given to migrants who are waiting for their papers, so have a lot of free time but no money. The kit will contain an enveloppe with your name and address so whoever received your kit can show you the progress they've made by writing you a letter! + All previous rewards

Help me get closer to my goal and I will keep you updated on the development of Solodou and add your name on my website!

Help me produce and distribute a box of 10 kits, to let 10 migrants learn to read and write. You will receive 10 letters from the people you have helped once they are finished with the course! + All previous rewards.

WOW - if you are thinking about this you truly are a legend :) On top of all the previous rewards, I'll create and organize a special event with you, whenever and wherever you want!