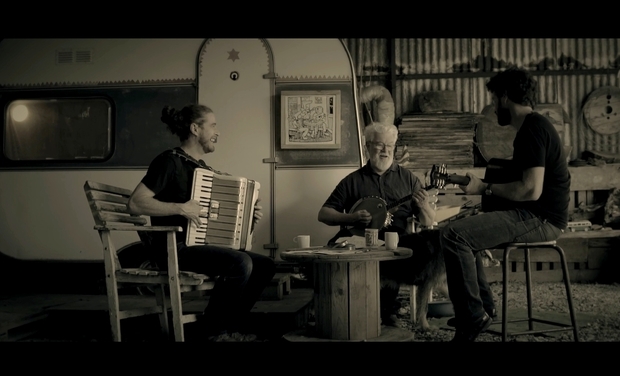 The McDonnell Trio is happy to announce the upcoming release of SONGBOX: a new album also available in a Lino print Limited Edition by Michael McDonnell, and a new music video coming shortly.

Differents offers are available from just the record to the private concert for those of you who want to support us. The Lino Print Limited Edition will be available for Christmas !!!

After the successful release of the first album SONGBOOK (2008) almost ten years ago, the McDonnell trio was awarded the Coup de Coeur "Musique du Monde" by the Académie Charles Cros at the Festival Babel Med in Marseilles for their second studio record IT'S A LONG WAY TO TIPPERARY (2014).

After ten years of concerts and sessions across France, Belgium and Ireland, the Trio is back from the studio with more music to share !

"Today, thanks to the crowfunding platform, we would be delighted to make you a part of our multi-format project, SONGBOX !  "