Stimela: an odyssey along 16 African countries about those who migrate towards the South. By the documentary photographer Luca Sola. 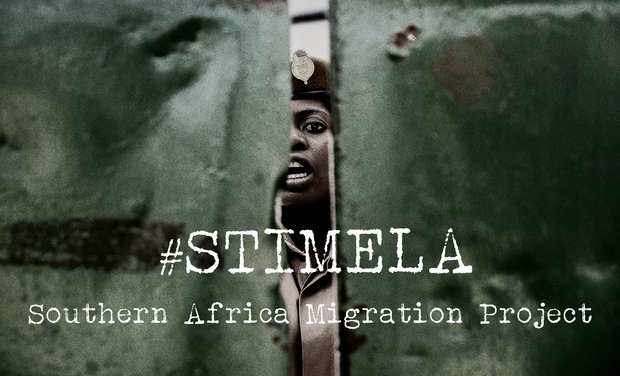 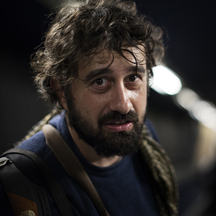 There is a submerged sea of millions of human beings moving around the earth’s surface looking for a place to stay. Some of them go to the north, for example towards Europe. In contrast, my project Stimela is aimed at those millions of neglected people who decide to head south. The opposite direction, but the same reasons, the same hopes, the same risks and difficulties and the same loneliness.

This project was conceived in 2015 with the aim of creating the first “photographic mapping” of migratory phenomena towards the south of the African continent, documenting the routes taken, the borders crossed, peoples’ stories and faces in order to retain them as documentary records that cannot be forgotten.

I have worked in 7 of the 16 countries included in this African Odyssey, developing the project and collecting hundreds of stories: Malawi, South Africa, Lesotho, Mozambique, Tanzania, Democratic Republic of the Congo and Central African Republic. During these years, the project has been diffused by several among the leading Italian and international newspapers such as The Guardian, Le Courrier International, Vanity Fair, Internazionale, Mashable, besides their respective websites and the most important international NGOs and UN agencies I usually work with, such as MSF (Médecins sans Frontières), WFP, IOM and FAO.

Ruby mines in Mozambique, sea-worn beaches in Ghana, the misery of slums and townships in South Africa, prisons in Malawi, sex-workers in Congo, the Ubangui river and the families broken up by internal riots between Christians and Muslims in Central African Republic, the emptiness of refugees’ lives on the Burundi-Tanzania border, Coltan mines in North Kivu, the desperate southward escape from famine and war for thousands of Ethiopians and Somalis, huge refugee camps in Kenya, oil fields and environmental disaster on the Niger Delta: this is the territory of the journey of Stimela into the Contemporary Epic, in a continent traditionally disregarded and overwhelmed by Western Countries’ interests and economic neo-colonialism.

Here is what I will be able to do after this important crowdfunding campaign and thanks to those who will take part in it:

-Project completion. In about 10/12 months I will cover the remaining 9 countries and support logistic costs and safety expenses in a context that is often very complex.

-"Stimela / Southern Africa Migration Project" will become a book and an exhibition that will be held in various European and African towns.

-Equally important, thanks to your contribution the website www.stimelaproject.com will be retained over time as a permanent archive, containing the faces and stories of thousands of people.

All those who will contribute to this crowd-funding campaign to any extent will receive a personal username and password – in addition to the selected reward – to access the DIARY section of my website where they can monitor the project development in real time and find downloadable contents such as photos, maps, videos, audios, drafts, notes and reflections.

I sit there with my eyes lost on the map. “Irish sailors come to fill their bladders with beer and they stare and move their heads like dogs when they sense something strange. You and your northern heads are blind. You only understand the earth when you turn it around the other way.

Luca Sola is a documentary photographer from Umbria, Italy. He studied Contemporary Literature and then took a master degree in photojournalism at ISFCI in Rome. He has worked in Middle East for many years dealing with conflicts and geopolitical and social issues. In 2015 he moved to Johannesburg to cover Central and Southern Africa. There he conceived Stimela, one of his longest and most complex projects. His work has been published by many among the most important newspapers in the world. He has held personal and collective exhibitions in Rome, New York, Paris, Edinburgh, San Diego, Seoul, Venice and Toronto.

A lot has been done since 2015 but there is still a long way to go. Specifically, the money collected from this crowd-funding campaign will be used as follows:

60% FOR COMPLETING THE PROJECT. Logistics, safety, internal transports in the uncovered countries (in red in the map). Some of them are the hardest working countries in the world, especially for a photo-reporter. Ensuring an acceptable safety level may be very expensive. Those who will follow me through the Stimela Diary will realize why.

20% FOR REWARDS AND WEBSITE COSTS. This includes simple or fine art prints, design and creation of folders, portfolios and all the other items that may be included as rewards.

12% FOR THE BOOK "STIMELA / Southern Africa Migration Project". I will contribute to the publisher’s expenses to the extent indicated, to make the selling price more accessible. This book will be edited carefully and all materials used, from the book cover to its internal printing will be of the best quality. I trust it will be a nice surprise, more than just an object.

8% IS THE AMOUNT DUE TO KissKissBankBank, i.e. the platform where you are now that is hosting this crowd-funding campaign.

If the fundraising target is exceeded, it will be used as follows:

130% of target: to cover Angola and Sierra Leone, both extremely complex and interesting countries.

160% of target: to create a video documentary about Stimela.

200% of target: my big dream. To produce locally a work that is closely connected to the project and donate it to South Africa. A four-hand work in collaboration with artist Cristiano Carotti, to be carried out in Cape Agulhas, the southernmost point of the African continent where the Atlantic Ocean and the Indian Ocean meet. This work is meant to be a present for the whole continent and a wish for the people living there. Actually, its changing nature over time will be one of its basic characteristics. What we see today will be different from what we will see in one to two hundred years, when time will have helped to complete it. But this is another story.

SIGNED POSTCARD with an image from the project + Your name will be included in the project's Thanks List + FREE ACCESS AND CONTENTS DOWNLOAD TO STIMELA DIARY PRIVATE PAGE - Free shipping worldwide.

A SELECTION OF 7 PRINTS FROM THE PROJECT 10,5x15cm (4,1x5,9inch) with a letter by the author in which he explains his choices about the project and this short editing + FREE ACCESS AND CONTENTS DOWNLOAD TO STIMELA DIARY PRIVATE PAGE (www.stimela.com/diary) - Worldwide shipping € 6,50.

A 7 DAYS FULL TIME INDIVIDUAL (or max 5 people only if directly requested from the donor / donors) DOCUMENTARY PHOTOGRAPHY WORKSHOP in ITALY and/or SOUTH AFRICA, plus 12 tutorial Skype calls (once a month). Language: Italian and/or English + FREE ACCESS AND CONTENTS DOWNLOAD TO STIMELA DIARY PRIVATE PAGE (www.stimela.com/diary).