Beyond conflicts, common grounds gather together: share in the success of our youth-in-the-Med exchange program for Peace ! 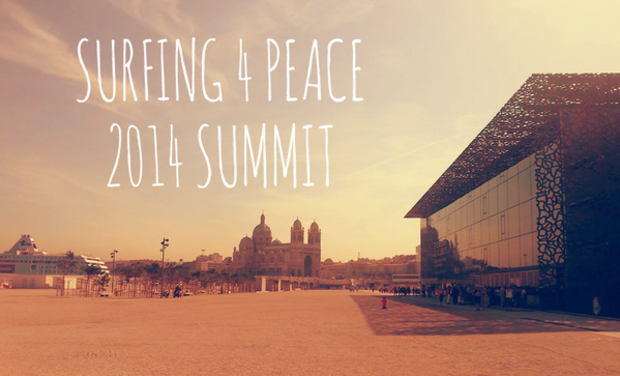 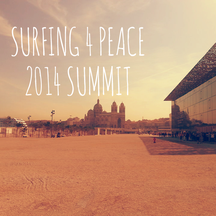 In a particularly dramatic political context, Surfing for Peace reaffirms today, more than ever, its commitment  to shared values of peace, exchange and dialogue. Our commitment is to bridge political and cultural barriers while sharing our common ground: passion for riding.

From September 20th to September 28th, 20 Palestinians, Israelis and 6 other mediterranean delegations will gather to bring our communities closer through our common passion for surfing.

An exchange program between local youth surf and skate associations from around the Mediterranean basin will officially be launched during the event.

To promote dialogue, understanding and movement. At the moment, several key borders in the Mediterranean are completely closed. We are convinced that 3000 years of both conflict and cooperation could be gradually washed away by an awesome wave of exchange. "If people can surf together, they can live together." (Dorian Paskowitz)

Building an exchange program featuring young Mediterraneans and sports club officers on behalf of Surfing 4 Peace. We'll start it out in 2014 and then do it again twice a year from 2015! We strongly believe that if we make a combined effort to meet our neighbors, we will find a way to get along!

- A first exchange with 20 young Mediterraneans, a 9-day surf trip from Marseille to Biarritz

Our youngsters, community leaders and surfclub officers coming from:

Opening party at night co-organized with the Sardine Surf Club.

Surfing 4 Peace Summit: Meeting with local surfclubs to determine the terms and logistics of the future exchanges for 2015 and so on.

Ofer Bronstein - 40 years of Peace militantism at the highest level, co-founder of the International Forum For Peace co founder

All our participants will contribute to the trip by paying their flight tickets.

Every other donation beyond 6000€ will help us financing a thorough press relations campaign and spreading our initiative on a greater scale (flyer printing, PR intern...).

We are so grateful for our partners Gymglish, Jaws Energy Drink, Turquoise Surf Travel, Ozed, Enkirama and Greenfix which have been so helpful (for instance for visa costs, insurances; communication; video fees; S4P International Day of Peace event security, infrastructure, scenes, renting... ; logistic fees for the staff.)

THANKS! You are now a member of Surfing 4 Peace Community! + your name on the event BILLBOARD (it's not like drinking from a bottle with your name on it, but it's funkier!).

Get some WAX GREENFIX/SURFING 4 PEACE (you can also use it as a soap, for your hair, your shoes... FALSE.) + previous gifts.

A POSTCARD signed by the team and the participants sent from Biarritz or Marseille (your choice!) + previous gifts.

The SURFING 4 PEACE TOTEBAG (Not some Chanel, but on the beach, it's way cooler !) + previous gifts.

A TSHIRT + a TOTEBAG+ previous gifts.

A POST for you on our FACEBOOK page (or Twitter as you want) + some ORIGINAL Series GLASSES offered by our partner OZED + previous gifts (choose between the bag and the tshirt).

A 6-month online ENGLISH COURSE from GYMGLISH to communicate while travelling around the world! + previous gifts.

A POSTCARD signed by Edouard Delpero, the team and the participants and sent from Biarritz or Marseille (your choice!) + some OZED SIGNATURE glasses (Thank you Ozed for the great gifts !) + previous gifts.

A POST about you, big donator, on our WEBSITE + some WOOD OZED sunglasses (Equinoxe or Sunset) with your name/logo ENGRAVED on the bamboo case + previous gifts.

ONLY FOR COMPANIES. Get your company some visibility by contributing to this exchange. Your logo will be displayed on our communication supports (social media, web, flyers...). Be present with a stand on our village during the International Day of Peace (on September, 21st 2014) in Marseille.