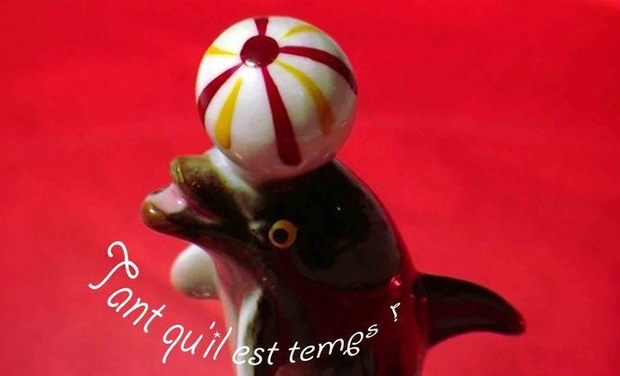 After the filmmaking and production of "It's enough! Bay of horror", a short movie denouncing the massacres of the cetaceans that take place every year in the Taiji Bay in Japan, I am planning to produce other videos based on the same principle. The use of everyday life objects, especially toys due to the innocence they convey, is preferred to denounce and emphasize ecological, environmental and public health issues. In a world where everything is visible, (almost) nothing is shocking, I put in scene objects in a quirky environment. Despite the harsh reality of these scenes,

they are more easily watchable by being "staged for fake". Only true images intersect to show the realism about the filmed topic.

The next short documentary movies that I wish to realize will deal with: - Childhood obesity: In 20 years , the number of obese persons has tripled. One teenager in three is affected by obesity in Europe according to the WHO (33% of 11 years old teenagers are being overweight) whereas the issue is regressing in the USA and an obesity rate stagnating at 34.9%. China and India also see an increasement of obese children. Far from advocating thinness, this video will put the accent on the main causes of this issue (inactivity, junk food). While the unconcern facing this phenomenon becoming the norm settles down, the WHO is worrying: half of all mortal diseases are caused by obesity issues(44% of diabete cases, 23% of ischemic heart disease cases and 41% of cancer cases). Eventhough France is a bit better than its European neighbours, overweight tends more to become a standard than to be considered as the real disease it is.

-Rising waters: After the several floods experienced on the French coasts this winter, the matter is not to know if the level of waters is rising anymore, but when it will take place. The phenomenon is running. The rise of the level of oceans continues (20 cm during the XXth century). The global warming multiplies heat waves and intense rainfalls. This isn't a scifi short movie but a finding of the consequences of the rise of temperatures: 4°C up to the end of the century, while scientists consider consequences would be dramatic after a rise of 2°C. Coasts below the level of the sea might disappear. Farewell Maldives, Bahamas, Camargue, Shanghaï, Florida, Amsterdam and Bombay.

The goal is to take part in festivals (such as Ecolywood, Court mais trash etc...) with these videos. I'll get in contact with you to let you know about the selections.

What inspires me Quotidian, funny situations of everyday life, art and its devious use. Absurd intrigues me and often helps me finding something to think about (especially for my chronicles that you can read on les faits papillons). Nature and environment belong to these endless topics on0 which I can work, and when injustice gets involved, my imagination overflows, which permitted the filmmaking of "Bay of horror" and opened the way to "Until it's time" videos.

Why these topics You just need to look around you to note the rising number of overweighted children. My 6th sense, which makes me feel bad when I see these revolting issues, led me to the filmmaking of short movies denouncing this topic. Concerning the rising of the level of waters, you just need to watch or read the news to realize that it is not an abstract fact taught in schools anymore: future has caught us up. About "Bay of horror": Every year between September and March, thousands of dolphins are massacred in the Taiji Bay, in Japan. Financed by delphinariums from all over the world which came to find their new Flipper in this bay, the massacre is such as the sea turns red because of the blood of the cetaceans.

What will the collect be used for This project requires -1 handheld AVCHD Wifi and Led SONY camcorder Plus the accessories belonging to the pack sold with the camcorder: 1 E-IMAGE medium sized transport bag ; 1 loader of 2 batteries type NP-F970/S-8970 swit SWIT; 1 7.2v 47.4wh swit SWIT battery; 2 32Go Class 10 SILICON POWER SD Cards + 1 battery backup + 200€ of accessories (toys, lights, decors) + around 150€ of consideration The collect will mainly be used for the purchase of a a camera and its battery:

Pack: 3835€ + battery: 85€ = 3920€ If in your generous donates there shall be an excess, your dear money will be saved in order to go Africa, to film a documentary about an elephant orphanage in Kenya. I will then already have a camera thanks to your generosity. THANK YOU