Completion of two participatory Frescoes in Beni in Nepal.

Street artists cover Nepal’s walls with local heroes Artlab, a collective of young street artists, covers the walls of Kathmandu with paintings of role models and local heroes like the poet Laxmi Prasad Devkota. Their street art project, named PRASAD, aims at encouraging young people to create opportunities in Nepal and will be brought to more than six different Nepalese regions.

After shaking his black spray can up and down a couple of times, 25 year old Kiran Maharjan gives a final touch to the upper lip of the painted portrait of one of Nepal’s most influential writers and scholars. Together with his colleagues from Artlab, a collective of young street artists based in Kathmandu, Kiran Maharjan has spent two days painting an enormous black and white portrait of Sattya Mohan Joshi on a wall in the township of Kupondol in Kathmandu.

”Sattya is 95 year old but still gets up at 5 o’clock in the morning because he has so much work to do. He has written several books and has done a great job to arts. To many Nepalese he is considered a living encyclopaedia. He is a very talented person,”explains Romel Bhattarai, managing director of Artlab.

While Kiran Maharjan marks the wrinkles in the face of the cultural giant with different shades of grey, Artlab’s only female member, Shraddha Shrestha, who prefers to call herself Deadline, drags a paint brush from top to bottom of the name of the street art project they’ve been working on for a year. ’PRASAD’ it says on the same wall around one metre to the left of Sattya’s face.

“PRASAD means offering. That is the truest sense of what we seek to accomplish. We offer a solution to Nepal’s struggles and we will do it in a way beneficial to the environment and the people,” explains Shradda Shrestra.

Prasad also refers to the middle name of the first role model whose face Artlab has portrayed. According to Artlab the famous deceased Nepali poet Laxmi Prasad Devkota was ahead of his time when he wrote his poetry.

“Through his poetry he expressed messages that the Nepalese are now ready to understand. He said that it’s not a person’s name or caste that defines a person. It is what resides in their hearts that make us who we are,” said Romel Bhattarai.

Besides Sattya Mohan Joshi and Laxmi Prasad Devkota, Artlab has painted the faces of several female Nepalese role models. Among them are Jhamak Ghimire who taught herself to write by clutching a twig with her toes, taekwondo practitioner Sangina Baidya, the first Nepali to qualify for the Olympics, and Pusha Basnet who was proclaimed CNN Hero of the Year in 2012 for her work to educate children, whose mothers serve prison terms.

Role models on murals outside Kathmandu

So far the faces of ten local Nepalese heroes have been portrayed in murals in different parts of Kathmandu. And it is only the beginning. Next month Prasad will turn into a nationwide project.

The young street artists will start traveling to at least six different Nepalese regions to identify more role models in cooperation with the local communities, portray them in murals and introduce more young people to the techniques of street art, like stenciling and basic letter design.

”Every day thousands of young Nepalese boys and girls leave the country. Through the local heroes we want to show them that there are many people who make changes and achieve their goals. Most of the young people say there are no opportunities in Nepal. But we say, if there are no opportunities, create them. That is what we are doing. There are lots of difficulties in our nation. Young people should stay and fight and create opportunities,“ says Romel Bhattarai and illustrates how ArtLab has grown:

”A few years ago there was no street art in Nepal, but then we created it.”

PRASAD is supported by The Danish Centre for Culture and Development (CKU) in cooperation with the Danish Embassy in Kathmandu.

”Through their exquisite skills in street art, ArtLab encourages young people to find and create opportunities in Nepal through identifying and painting local heroes and role models on walls. The project Prasad offers a unique opportunity for young people of all backgrounds to unify,” says Ms. Elsebeth Krogh, CEO of CKU. She visited Nepal in November 2014 and met with ArtLab and five other culture and arts organisations, supported by CKU.

”Outside Kathmandu few people know the contemporary art scene. The only art scene they know is the commercial art scene or very traditional art like thangka based on Buddhism,” says Shradda Shrestha.

To her the teacher and artist Binod Shahi, also known as the ‘Sir of the Himalayas’, and who too is among the 10 role models Artlab has painted, has meant something very special to her.

”As an artist he is very inspiring to me. He had the courage to go all the way to the most remote areas where the people don´t have proper food, no electricity and no proper means of water supply and teach the children. There are many people in rural areas who have done positive social work but have not been noticed and recognized.”

Noticing and recognizing people from rural Nepalese areas and cities far away from Kathmandu who have done something extraordinarily are what Artlab soon will start doing.

Birgunj, Pokhara, Dharan, Illam and Bakthapur are among the six cities where Artlab will do street art workshops, identify new local heroes and create new opportunities for Nepal’s youth. In each of the six cities they will collaborate with local arts organizations.

“In collaboration with the local communities, we want to show the youth all over Nepal that urban landscapes can be canvases without limitations, and we want to find heroes in our society that can motivate the youth to make a difference,” says Romel Bhattarai.

The PRASAD project is planned to be running for two years and eight months.

Thanks to your generosity and if the prize pool exceeds the expected amount, any additional euro will allow me to extend my stay and so to continue to collaborate with Art Lab. 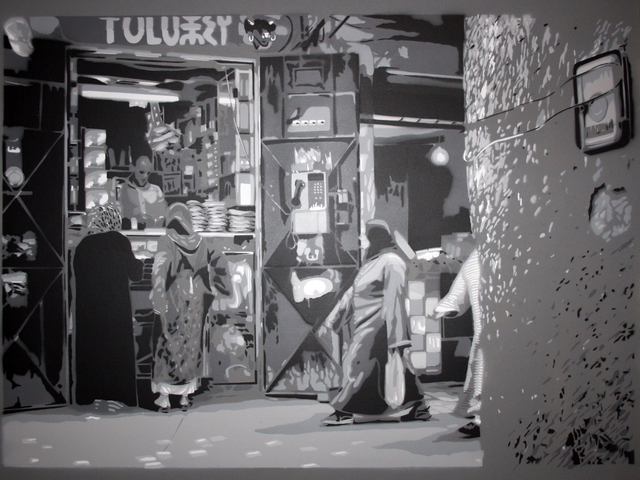