Help the Chainsaw to finance their new album 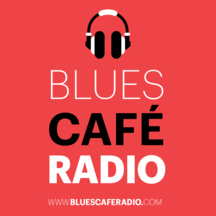 <p>Founded in 2011,<strong> &ldquo;The chainsaw blues cowboys&rdquo;</strong> is an atypical duo united to celebrate a mass dedicated to blues and rock and roll.</p> <blockquote> <p>Here&rsquo;s what <strong>&ldquo;Chainsaw&rdquo;</strong> looks like live :</p> </blockquote> <div class="k-ResponsiveIframeContainer"><iframe allow="autoplay; fullscreen" allowfullscreen="true" frameborder="0" height="281" scrolling="no" src="https://cdn.embedly.com/widgets/media.html?src=https%3A%2F%2Fwww.youtube.com%2Fembed%2FrY-MmB8ilbQ%3Ffeature%3Doembed&amp;url=http%3A%2F%2Fwww.youtube.com%2Fwatch%3Fv%3DrY-MmB8ilbQ&amp;image=https%3A%2F%2Fi.ytimg.com%2Fvi%2FrY-MmB8ilbQ%2Fhqdefault.jpg&amp;key=8b7d8dd6504d41af9a77662672aabc2a&amp;type=text%2Fhtml&amp;schema=youtube" width="500"></iframe></div> <div class="k-ResponsiveIframeContainer"><iframe allow="autoplay; fullscreen" allowfullscreen="true" frameborder="0" height="281" scrolling="no" src="https://cdn.embedly.com/widgets/media.html?src=https%3A%2F%2Fwww.youtube.com%2Fembed%2F_lkYtyMqyZc%3Ffeature%3Doembed&amp;url=http%3A%2F%2Fwww.youtube.com%2Fwatch%3Fv%3D_lkYtyMqyZc&amp;image=https%3A%2F%2Fi.ytimg.com%2Fvi%2F_lkYtyMqyZc%2Fhqdefault.jpg&amp;key=8b7d8dd6504d41af9a77662672aabc2a&amp;type=text%2Fhtml&amp;schema=youtube" width="500"></iframe>After more than a hundred live shows around France and abroad (Europe and Canada) as well as two self produced albums</div> <h2><strong>a new chapter has been written : &ldquo;The magnificent seven&rdquo;.</strong></h2> <p>More ambitious, this one took us more than a year to complete. We paid specific attention to the sound, choirs, moods and musical arrangement. For the first time, we will also hire a symphonic orchestral composer for some of the tracks, a real achievement that will further solidify the cinematographic accents of our musical universe.</p> <h2><strong>...as if the improbable meeting of Sergio Leone and Rob Zombie had taken place !</strong></h2> <p><strong>&ldquo;The magnificent seven&rdquo;</strong> will wrap up a trilogy that started with a first album &ldquo;The good, the bad and the chainsaw&rdquo;, followed by &ldquo;For a few Chainsaw more&rdquo;. We will be ready to share this new album with you during our furious preaches at the beginning of 2020.</p> <blockquote> <p>Album art created by the talented Pierroked.</p> </blockquote> <p>Your devotion to the Rock and roll gods has been flawless up to this point, be it for our live shows or to welcome our previous albums. This project exists thanks to you and that is why we&rsquo;re asking for your contribution.</p> <h2><strong>We need you in order for &ldquo;The magnificent seven&rdquo; to see the light of day</strong>.</h2> <p>But, as we all know, devotion needs acts of faith. That is why we offer exclusively 2 tracks from the new album played live at the &ldquo;Chapelle de la grande fabrique&rdquo; in Renage (France). Those 2 tracks will be featured on the new album.</p> <p>&nbsp;</p> <p>Live videos.</p> <p>&nbsp;</p> <p>With your participation, we should be able to finance our project and as a result offer you a gorgeous 33&rsquo; Vinyl as well as a Digifile CD that you would be able to purchase before anyone else.</p> <p>But that is not all, in order to thank you for your support, we have prepared some exclusive rewards. Every contribution is important, that is why every faithful will be able to choose the pack that suits them best, but you can also just be a patron without any rewards^^</p> <h2><strong>We thank you, we are counting on you and your devotion as well as your dollars.</strong></h2>

<p><img alt="" src="https://d3v4jsc54141g1.cloudfront.net/uploads/project_image/image/599590/ollars-1559328926-1559476279.jpg" width="100%" /></p> <p>This album project is the outcome of a complete year of hard work, we are finally looking toward to an achievement with the album. The expected 3500 &euro; is the minimum amount level to be able to produce the album. These are the different positions describing how we plan to use the funds :</p> <ul> <li>7 tracks recording in a professional studio</li> <li>Mixing and mastering process for compact disc and vinyl disc supports.</li> <li>Production of CDs (pressing, record cover printing)</li> <li>Artwork design and photography</li> <li>Promotion and communication for the new album release (press secretary, social media&hellip;)</li> <li>Pressing of 100 vinyl discs and 500 CDs</li> <li>Payment of SDRM (Sacem) charges</li> <li>Production and shipping of all the stuff we will offer in return !</li> </ul> <p>This is how our budget is distributed:<br /> <img alt="" src="https://d3v4jsc54141g1.cloudfront.net/uploads/project_image/image/599589/Camenbert_budget-1559419578-1559476157.png" width="100%" /></p> <p><br /> Reaching the 3500 &euro; target will mean that we can release the &ldquo;Magnificent Seven&rdquo; album. But if your support is even stronger, we would be able to upgrade to a new level.</p> <ul> <li>3500 &euro; : funding for album release</li> <li>4500 &euro; : funding of a &ldquo;residency program&rdquo; in a professional concert room, allowing us to work on our sound, lights and scenography with new costumes/outfits. In the end, it means being able for us to achieve a nice finalized live show for the audience</li> <li><strong>6500 &euro; : recording of 7 completely new original songs</strong></li> <li>8000 &euro; : video clip filming for the &ldquo;Magnificent Seven&quot; hit song, using multiple very short films (writing process and synopsis already in progress at this time). This video clip will be about the journey of two outlaw priests spreading the good word of Rock&rsquo;n&rsquo;roll god to the parishioners.</li> </ul>

CD + digital album + thank you Facebook and on postcard + stickers

The Pratiquant Pack + Amplified Concert, conditions to be negotiated