The plague of energy production

Don´t you think it is time to revolutionize the way we produce our energy? If yes, then this project is for you! 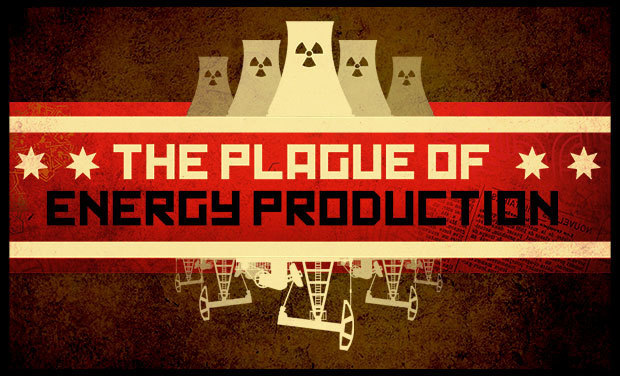 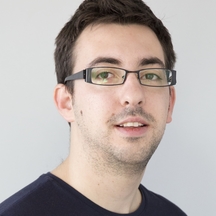 The plague of energy production

Producing our daily energy has become like a plague which is consuming our planet little by little. Not only is it causing serious damage to our environment but also tensions are growing between those who own the primary energy sources and those who don't. At a time in which new technologies are dramatically changing our way of life, our main sources of energy, oil and carbon, still remain very primitive. Isn´t it time to revolutionize the way we produce our energy?

2. About this short film.

The objective of this movie is to show in about two minutes how the way we produce our daily energy is affecting our environment and more generally mankind. This movie will leave no one indifferent and is aimed at making people think about the current situation and alternative solutions, without slipping into moralistic stereotypes. The graphical design will be very innovative, mixing street art, propaganda style inspired from the famous artist Shepard Fairey (also known as Obey) and motion design. This original contrast between old fashion and modern styles will be emphasized with the use of 2D and 3D. At the moment we have finished the script and the story board and the movie is being produced in Paris. The film is expected to be finished by mid July 2015. Follow the progress of our animation movie on our blog page. Here are some preliminary pictures of our short film.

As a physicist, I spend my time working with Energy. Energy is a wide term that takes many forms: it can be mechanical, thermal, chemical… One of its particularity is that it can be transformed but not created nor destroyed. Currently, one of the main challenges of our society is to transform the energy that can be extracted from a given source into electricity in a cheap and non-polluting way. The whole world is spinning around this topic which unifies but also tears populations down all over our little planet. During my three years as a Ph.D. student working on solar cells, I have really got the impression that a lot of work has been done in the field of renewable energies but it seems that many governments are not willing to support research on this topic. The priority is definitely not cleaner, cheaper and sustainable energy sources and the allocated budgets in this field decrease every year while the media keep publishing alarming reports. That is why I have decided to associate with people from different fields in order to make a short animation movie about this topic. This project is an opportunity to unify scientists and artists around a current societal issue and deal with the subject in a didactic, original, punchy and aesthetic way. Finally I hope that the film we are producing will be of interest for teachers and researchers who wish to introduce renewable energies to non-initiated people.

Luca is the scientist of the team. He is a physicist and citizen of the world. Born in Switzerland from a Swiss mother and Italian father, he has spent 18 years in France where he completed his undergraduate and master studies in a French “Grande Ecole” (Phelma, Grenoble INP, Grenoble). After a 6 month research stay in Rome (Italy) he settled in Spain where he is currently completing his Ph.D. He is mainly doing theory for solar cells in the Photovoltaic and Optoelectronic device group in Castellón de la Plana. As part of his European Ph.D. program (Marie Curie project DESTINY), he is often involved in outreach activities which aim at scientific dissemination on solar energies.

Alexandre was raised in the South of France. He completed his infographics studies in ESRA Nice. He has worked on several product presentation and feature length movies in companies such as tuto.com, formationvideo.fr, société minotaur. Since 2010 he has worked as an animator in the animation studios Luxanimation, Onyx Lux, Bidibul studio and Sameplayer. He participated in the production of the animated movies "Titeuf" and "Le petit spirou". Recently he was involved in the production of the major animation movie 108 demon-kings, which was broadcast in movie theatres at the beginning of the year. Alexandre has a passion for art and he dedicates his free time to silk screen printing, tatoos, street art...You can find him on instagram.

Loic was born and grew up in Paris. After working in a different field, he finally decided to study what he loves: computer graphics. After getting his infographics degree from ESRA Paris, he worked on several commercials for Fanta, L'Oréal, Givenchy...  He also worked on animation movies such as Cindirella 3D and last year he worked with Alexandre Coste on the production of the 108 Demon-kings. That is why these guys were delighted to be able to both work on the animation movie "The plague of energy production".  You can find a detailed resume of Loic on the following webpage. Have also a look at Loic's demo.

Jeremy Michel is from Normandy and started to study infographics in 2009 in the Parisian school ESSANA. He has worked as an independent animator for various projects. In particular he has worked on the animation part of the recent documentary "Lune, la face cachée de la Terre" ("The Moon, the hidden face of Earth"), which was broadcast on the French channel Planète plus. He has now focused his activity as a motion designer and Fx2D (2D special effects) on flash and after effects.

Martin is a songwriter. He studied music in conservatoire since the age of 10. At the age of 15 he learnt how to use professional software such as "Cubase". He was recently involved in several commercial projects. For example he has composed the music for two airbnb host award videos. Click here and here if you want to see them. He was also involved in videos for artistic projects. At the moment he is working in London and in Paris on various projects where he composes and adapts music to images, just like what he is doing for our animation movie. Concomitantly, he writes and composes for other artists and himself and is creating a music catalogue with all his compositions. You can find some of his works on soundcloud under the name Ayema Music. Check some of his creations below.

By participating to this project you have the opportunity to support research and development on renewable technologies. Just a few clicks and a generous act to unify to all the citizens of the world who would like to see this world change. By helping us you will contribute to:

Logistical expenses (around 2700€) This will cover the expenses for the 3 computer graphics designers for 4 months for transport expenses, food, daily needs and two project reunion in Paris that I will attend (this includes plane tickets from Valencia to Paris).

Machines and licenses (around 1700€) Since part of the movie is in 3D, powerful computers are needed, which will be rented for the 4 months of production. In addition, license and plugins for the image treatment are necessary. Finally, a network access storage (NAS) is necessary in order to store the data of the three animators.

Sound production (around 700€) This includes the renting of a music studio and instruments to register music and sounds and licenses for the sound treatment.

Crowdfunding fees (560€) This will cover the 5% fees of KissKissBankBank and the 3% legal fees.

Crowdfunding gifts (around 340€) This will cover all the gift expenses such as printing, silk screen printing, shipping costs and objects such as t-shirts, mugs etc.

And if we get more? Then we will organize events to show this movie in schools and, more generally diffuse this movie to a broader public and sensitize people to the topic of renewable energies.

A big warm thank you from the whole team