A brother and sister duo fend for themselves in East London. Rez has his music, Bina plays Kabaddi. An unwilling angel is sent on a special mission. In May 2012, Lifeguard Productions and Mukul and the Ghetto Tigers proudly present the world-premiere of LONDONEE!! Get involved and help us bring Londonee to the London stage!! 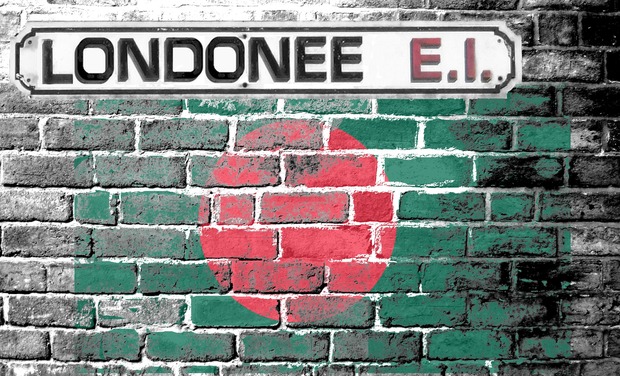 Our journey began many moons ago when Mukul received a first draft version of the play directly from the playwright. Instinctively, he knew this was a story that needed to be shared and told in a sophisticated and sensitive way. Timing had to be just right. Farah and Mukul have had a professional relationship dating back to September 2009. It was only a matter of time before something special brought their creative talents together.

Fast forward a few months and enter Lifeguard Productions. With their inaugural production, The Louys Project, just having wrapped at the Camden Fringe Festival in August 2011 and subsequent cabaret guest appearances, the team was eager to begin working again in the new year. In the spirit of their collaborative work, Lifeguard Productions was brought on board as official co-producer of this project. And here we are...

To date, we've been trucking away with all the pre-production logistics: sorting out venue details, marketing and publicity material, organizing rehearsal space, finding and applying for funding, liaising with local schools and business, and most crucially, finding the perfect cast and creative team. As the pieces start to fall into place, the passion for this project is growing as is the momentum.

In addition to the highly relevant and topical contemporary issues this play deals with, this story of one family's search for meaning will speak not only to modern London audiences, but also the greater UK public with its humour, insight, and honest storytelling. There is a strong dance and music element to the production as well, drawing from the classical Bengali tradition to the contemporary Urban Street forms.

We are hoping to generate new audiences by inviting local schools, particularly from the East London community, to attend the performances. Our aim is then to go into the schools and host an engaging discussion based on their experience and opinions about the play, which will then lead to their participation in a workshop with members of the cast.

Ultimately, after our first short 3-day run at The Rich Mix in East London this May, we are hoping to stage a full 3 or 4 week run at an established theatrical venue in Central London later in the year, thus allowing us to share this incredible story with an even greater audience.

This project is not just about staging a play for the benefit of those involved. It is rooted in the everyday stories of those that have inspired it, the people who seldom hear their stories told, and even less, see themselves reflected on stage. And as cliched as this may be, with the support of people like you, we can strive to change that reality and truly make our united dream come true.

With immense and immeasurable gratitude,

LGP cast in rehearsal for The Louys Project, 2011

My name is Farah and I am the brain of the Lifeguard Productions body. It was my idea to start the company just so I could get away with saying that! But, like any human body, this artistic being would cease to exist if it weren't for all the appendages that make the work possible. Lowri is the co-founder and she is like our feet, for without her support we wouldn't be up and running. Ashleigh V is one arm, Ashleigh C another, and Leanna is the funny bone in both arms. Together we are Lifeguard Productions, united with one heart and one desire: to make, create, share, and learn.

PS. The video link you see above is the promotional footage from our last show, The Louys Project. Hopefully it will give you an idea of who we are and how much fun we have doing what we love!

Funds collected will serve to support and cover most, if not all, of the production costs.

-food and drink for the opening night reception! (£150)