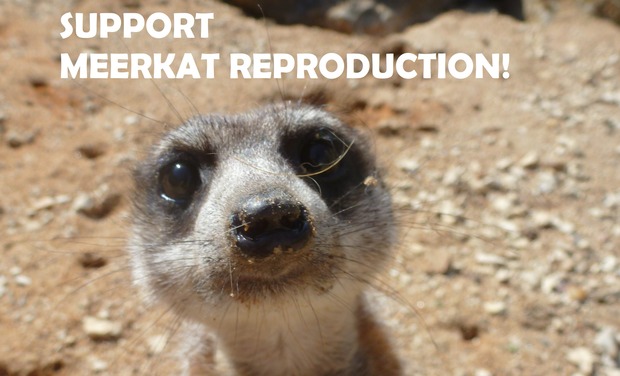 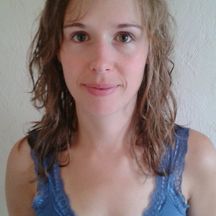 I have discovered meerkats closely during my first master's degree internship, with captive meerkats. Now fascinated by the cooperative personality of meerkats for years, I have now the chance to start a research PhD on these intriguing animals! Meerkats have a very rare reproductive system.

My master's degree has enabled me to study Animal Behaviour and Reproductive Biology. After graduation, I became a research assistant at the Kalahari Meerkat Project, in a South African reserve (Kuruman River Reserve) to follow and study wild colonies of meerkats. During these sixteen months, I have learned a huge amount of information on this surprising species. I have also been writing up the PhD proposal I am now looking funds for today.

The goal of this PhD is to study the behaviour and the reproduction of the meerkat at the zoological reserve of la Haute Touche (website) and the reserve in South Africa, Kuruman River Reserve (website).

Dominant females are the main breeders, but subordinate females also manage to breed from time to time. Furthermore, all the members of a colony are involved in the care of a litter of pups. However, very little is known about the mechanisms involved.

Two ovarian hormones are essential to ovulatory cycles in mammals: estradiol and progesterone. An estrogen peak triggers heat and ovulation, while progesterone is secreted throughout gestation.

Until now, ovarian hormones in meerkats have only been measured with radioactive immunoassays. This project aims to validate a better method to measure these hormones. It will thus be possible to determine the hormonal variations taking place throughout ovulatory cycles in female meerkats. The impact of social factors on these cycles will then be studied. Specifically, three important reproductive events will be looked at: puberty, a change in dominance within their colony, and spontaneous allolactation after the birth of another female’s litter. Eventually, the effect of climate change on ovulatory cycles will be characterized.

The PhD project will start early March 2018 and should be finished in Spring 2021.

The trips to South Africa should take place between December 2018 and January 2019. There will probably be another trip at the end of 2019.

Meanwhile, my time will be split between the zoological reserve of la Haute Touche and the research center: the INRA at Nouzilly. At la Haute Touche, all feces from the female meerkats will be collected. At the INRA of Nouzilly, the feces collected in South Africa and in France will be analyzed to measure the levels of estradiol and progesterone.

Thank you so much for your interest!

The money will be used to fund the first year of the PhD project, which includes:

-habituation of captive meerkats and collection of their feces at la Haute Touche, in France (€100)

-an important part of the fees to do independent research at the Kalahari Meerkat Project, at Kuruman River Reserve, in South Africa (€900)

I will collect all the funds, which will be distributed according to the list above.

If the funds collected exceeded the amount asked for, these will be used to fund:

-the rest of the fees to do independent research at the Kalahari Meerkat Project, at Kuruman River Reserve, in South Africa (€3100)

-estradiol and progesterone levels measurements in the laboratory (€3700)

-part of the equipment required to work at the South African reserve, which includes a radio and the equipement for hormonal extraction (€200)