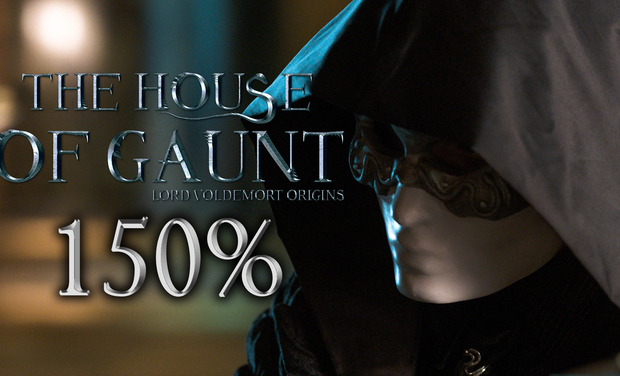 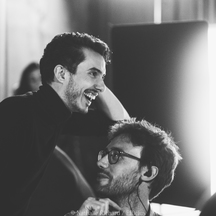 Thank you for believing in this project as a bit insane as we are !

Some of you have asked us what would be the purpose of the collected donations once the 100% have been reached. We answer you in 3 points :

Incredible sets for the final battle !

A better infrastructure for the post-production and a faster theatrical release !

Obviously, the cumulative donations system (whatever the amount) for the compensations is always within the campaign. For example :

If you have donated 20€, you will have the right to get the film in 4K digital version in preview, to the poster (and of course, your name in the credits).

By giving another 20€, you won’t receive the movie twice (even if we know that you will adore it and that you will want to see it twice in a row !), but the compensation corresponding to a donation of 40€, that is to say the Star Pack which contains an invitation to the private showing of the movie in Paris with the movie team, followed by a debate and also a meeting… Without forgetting the 4K digital version of the film, the poster and your name in the credits !

You are the ambassadors of this ambitious project,

We are counting on you to keep sharing it !

The House of Gaunt team.

Imbused with esthetics of Harry Potter saga, and freely adapted from the book « Harry Potter and the Half-Blood Prince » written by J.K. Rowling, The House of Gaunt is a french (but in english) short-movie relating « darkly, violently and realistically » the origins and the height of Voldemort.

Want to see the greatest black mage (played by Maxence Danet-Fauvel) like you had never seen him before ? There are still some shots to make, your support is essential.

(former sponsors, we have sent you an email in which you will find a surprise, last September the 23) :

Two years and a half ago, we launched our first Ulule campaign to begin the filming and according to the evolution of the short-movie and the related expectations, it was necessary to ensure the project’s quality to deploy a second one. Then, we sincerely thought that the proceeds would have been enough to finance and close this short-movie that many of you are waiting for… Unfortunately, we were not able to finish the filming of the whole second part of the short film dedicated to the climax of Voldemort.

Indeed, the last filming session required many financial efforts in terms of location, technical equipment or special effects… and we preferred favouring the aesthetic quality and the artistic coherence, rather than botch certain crucial scenes and to tarnish the universe of the saga, or worse, to totally harm the original work…

15% of the short-movie is all that remains to be filmed ! However, 15% corresponding to three days of work and for which we need to rent equipment, ensure transports…

That is why we are asking for your help one last time to finally end the shooting of this short-movie which, as you have noticed and as we promise you that it will be… spectacular. If you already had made one or more donations, we do not expect you to do it again, but if you share this campaign to your friends, family, if you talk about it around you, your support would be as precious !

Optimistic, we have already begun the preparations of this final shooting that we expect for the end of October / early November if the donations campaign that will end on October the XX is validated. The program includes : spells, broom pursuits, fights… we won’t say more but we can’t wait to show you !

This is our last chance to end this short-movie in which you will see Voldemort as you have never seen it, to offer you a saga chapter never showed in the films. Since the beginning of 2016 when we had started the writing of the scenario, we invest all of our energy and passion hoping that this short-movie will finally see the light of day. And your messages of support are a Felix Felicis flask of everyday. It is a project which transports us and we hope that it will be able to « port-key-rry » you with us, that you will be proud of you for having contributed to its financial, to have brought it out of the shadow !

These 20 days can change everything, we are counting on you !

This movie tells the origins of Lord Voldemort, from the meeting between his mother, Merope Gaunt, and his father, Tom Jedusor Senior, to the height of the biggest dark wizard of all times. Condensed of tensions, emotions and sparkles, it raises a new portrait of the Gaunt family and of Voldemort, well aged of 30 years. This script, co-written by the director Joris FAUCON GRIMAUD and Thomas ROKITA, comes from the book « Harry Potter and the Half-Blood Prince » of J.K. Rowling and it is intended to be the most faithful to the author work and its universe. Backed by the support which it already received, this short movie is carried by a team of cinema lovers also first hour fans of Harry Potter universe. We dreamt about filming a movie in this universe as long as it be the most professional, and it’s about to happen !

We want this adaptation to delight both fans and spectators less familiar with this universe, so that short movie is accessible to everyone. In order to do this, and despite the budgetary obligations, we globally adapt. It’s why we make a fantasy (and pretty horrific) thriller : to offer an oppressive, realistic, even violent atmosphere, while keeping the spirit of books and movies.

The Gaunt family comes from an old line of pureblood wizards, the last heirs of Salazar Slytherin, one of the founding members of Hogwarts. If it was a wealthy family in the 20’s, its members were more well-known for their instability and their pronounced taste for the violence.

Bob Ogden, the department Head of police of the Ministry of Magic, goes to Elvis Gaunt’s with a subpoena for his son, Morfin. Last night, that latter cast a spell upon a Muggle. Bob then meets a young woman, Merope Gaunt, who looks through the window a Muggle named Tom Jedusor Senior.

Bob doesn’t know it yet, but the event which is about to happen will be decisive for the birth of Voldemort, the darkest Lord of all times.

As announced before, we are driven by the ambition to honor this saga which lulled our childhood and we want to offer you a result that meets your expectations. That is why we are launching a final crowdfunding campaign in order to end the shooting of this short-movie (only 15% left !). Even if this movie doesn’t have any prospect of profitability, and that it will not generate any profit because it is led by a team of volunteers, however some costs remains unavoidable (equipment rents, special effects…)

Once post-product, we will compete this film in various international festivals and we also aim for a theatrical release, in France and abroad, before it is posted on YouTube.

INVITATION TO THE TEAM SHOWING

Invitation to the private team showing followed with a meeting in Paris ! AND THE MOVIE + THE POSTER + YOUR NAME ON THE CREDITS

YOUR NAME IN THE CREDITS

Your name in the crédits of the movie which is going to be magic !

THE MOVIE POSTER + YOUR NAME ON THE CREDITS

The movie poster showing Voldemort like you never saw him. The picture will be released when the campaign will be at 50%.

THE MOVIE + THE POSTER + YOUR NAME ON THE CREDITS

The 4k digital version of the movie at its release on Youtube !

An unreleased photo of the shooting signed by the actors and the movie team ! AND THE MOVIE + THE POSTER + YOUR NAME ON THE CREDITS

Perfect for an unforgettable memory or a magical surprise for a friend ! AND INVITATION TO THE TEAM SHOWING + THE MOVIE + THE POSTER + YOUR NAME ON THE CREDITS

MAGIC WAND + THE POSTER + THE MOVIE + INVITATION TO THE TEAM SHOWING

One of the Death Eaters’ mask of the film, already famous, signed by his wearer ! AND INVITATION TO THE TEAM SHOWING + THE MOVIE + THE POSTER + YOUR NAME ON THE CREDITS

INVITATION TO THE FINAL SET

You’re invited on the set of the The House of Gaunt final shooting session, your favourite short-movie ! AND INVITATION TO THE TEAM SHOWING + THE MOVIE + THE POSTER + YOUR NAME ON THE CREDITS

Come to the the set of the The House of Gaunt final shooting session and  then to the « end of shooting » party with the whole team ! AND INVITATION TO THE TEAM SHOWING + THE MOVIE + THE POSTER + YOUR NAME ON THE CREDITS

The handmade Slytherin's locket, worn by Voldemort played by Maxence Danet-Fauvel, will be yours soon ! You will collect it during the « end of shooting » party ! AND INVITATION TO THE TEAM SHOWING + THE MOVIE + THE POSTER + YOUR NAME ON THE CREDITS

The Gaunt ring, worn by Voldemort in the movie, with a dedication from Maxence Danet-Fauvel, will be yours soon ! You will collect it during the « end of shooting » party ! AND INVITATION TO THE TEAM SHOWING + THE MOVIE + THE POSTER + YOUR NAME ON THE CREDITS

The wand chooses the wizard, but the one of Voldemort, that you can see in the movie will be signed and given to you by Maxence Danet-Fauvel during the « end of shooting » party ! AND INVITATION TO THE TEAM SHOWING + THE MOVIE + THE POSTER + YOUR NAME ON THE CREDITS

SIGNED SCENARIO OF THE MOVIE

All began on the paper ! The scenario signed by the authors and actors will soon be yours. You will collect it during the « end of shooting » party (or sent by mail if you can’t come. Take care of it ! AND INVITATION TO THE TEAM SHOWING + THE MOVIE + THE POSTER + YOUR NAME ON THE CREDITS