Help finance the printing of the book, "Tolerance"; inter-religious in the most lay state of the USA; Rhode Island. 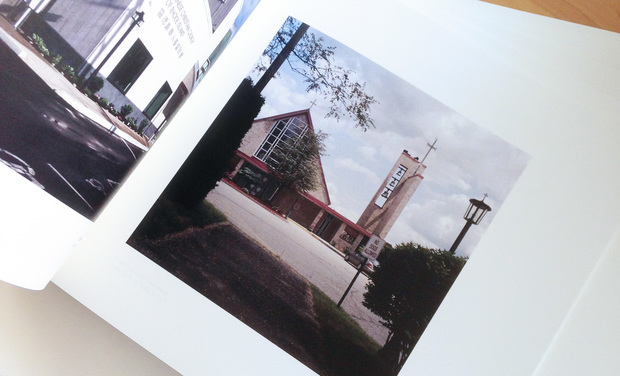 Multi language edition in English and French inside the book.

Tolerance is a photographic illumination of religious coexistence in the most secular state of the United States; Rhode Island.

Through this report, Thomas offers his readers a series of images where each place is in resonance with diversity, harmony and the common desire to live together.

Each image raises the authenticity of this secular will whose durability is jeopardized today.

Nestled in the bay of Narragansett Bay on the East Coast, the smallest of American states is created in the pure respect of religious diversity in 1636 by Roger Williams. For him, the state and religion were two things that had to remain separate.

His legacy is particularly distinguished by the First Amendment to the Constitution of the United States of America which states that "Congress shall make no law respecting an establishment of religion, or prohibiting the free exercise thereof; or abridging the freedom of speech, or of the press; or the right of the people peaceably to assemble, and to petition the Government for a redress of grievances." 1789.

Thomas's gaze turns to the United States following the 2016 election.

In 2008, the United States elected the first black president in their history: Barak Obama. He will receive the Nobel Peace Prize in 2009 for his "extraordinary efforts to strengthen international diplomacy and cooperation among peoples".

After this hope of openness and gathering from the world's leading power, the United States of America brings to power on January 20, 2017 a president who is in complete contradiction with his predecessor and whose actions and positions do not seem to tend towards the same ideal of society. His words seem to stir up fears and go against the gathering of peoples and cultures.

The racial and cultural melting pot that has always been the basis of the American equilibrium seems to be challenged today and at the very least shaken up.

It is in May 2017 that Thomas goes to Rhode Island to realize this report on the religious and cultural diversity that shelters this State.

Far from being naive, this testimony tends towards an ideal of peace, of desire of cohabitation, of living together, of harmony.

Starting with the curiosity of the other and its culture.

This young photographer is a graduate of the school Icart Photo where the influence of Alain Balmayer, its founder, is felt in his approach to aesthetics in photography and his work on everyday objects.

His interest and curiosity for different cultures lead him quickly on the roads of Asia but the election of November 2016 in the United States and the new situation will awaken his interest that will push him to seek in the heart of the territory the testimony the presence of respect for others and their values.

The realization of the pictures, the layout has already been fully funded.

I am asking you for some help with the printing stage, which is an important move and for which it is more financially interesting to make a large number of copies.

I will collect the entire collection that will cover the printing of the book.

If the collection threshold is exceeded it will print more copies and make the book known beyond the community Kisskissbankbank.

By trusting this project you will make it possible to make live and to know a unifying project and borrowing of culture very often unknown.

Printed in a recognized print shop, it will be an art book for which you will be proud to have contributed.