Traces - One year on the road in North America

Let's continue contributing to our one-year photographic project in North America, questionning the relation between Mankind and Nature. 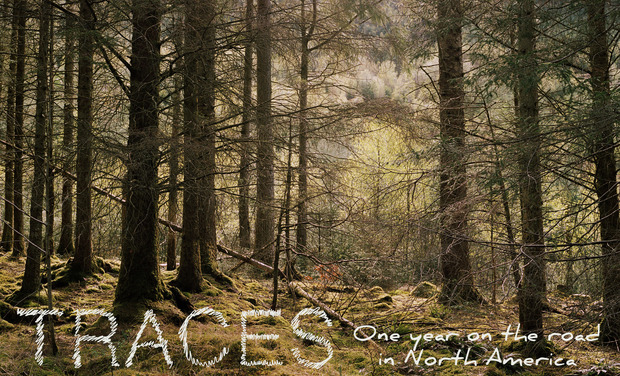 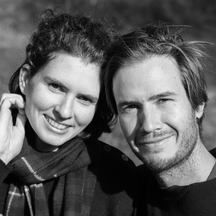 Traces - One year on the road in North America

Relation between Men and Nature

The influence of men on the environment has become significant since the advent of industrial societies and mechanization. The changes are such that today the planet is in danger: biodiversity is highly threatened, pollution and global warming increase, etc.

Within capitalist societies, only GDP growth is seen as a human progress and ecology faces social issues and materialism. Capitalism is slow to reform and environmental issues are put aside.

According to François Terrasson (researcher and lecturer at the National Natural History Museum), in Fear of nature, "technological men are afraid of the wilderness. That is why they seek to dominate, to control, to destroy it. "  This relation is ambivalent. Men are afraid of nature but need it for their own survival; she's their foster mother. Today, with rampant urbanization of the world, men are detached from their natural environment. They miss the contact with nature. It allows Men to recharge themselves, to glimpse the harmony and beauty of life. To overcome his need for nature, Men have created natural parcs, soon the only vestiges of a gone wild world?

We will study the relation between Men and Nature. More specifically, we want to question it through the traces that remain from the encounter between a traveler and the natural areas he passes through. Nowadays, the traveler seeks to minimize its environmental impact. At this meeting, he attempts to limit his role to that of a spectator. Although the traveler’s influence is fleeting, it will leave, like the animal, traces, brief memories of its passage. In return, Nature influences Mankind. It leaves traces in its memory, takes a place in its intimity and change its way of seeing things.

We chose to do this photographic project in North America through a road-trip. The choice of North America appeared as an evidence. The notion of travel is very important in the subcontinent‘s history : the birth of the United States with the arrival of the first settlers, gold rushes, western expansion, birth of railway lines and automobile. Travel is also omnipresent in American culture, whether scientific (first steps on the moon), literary (Mark Twain, Jack Kerouac) or cinematographic (Stagecoach by John Ford, Into the Wild by Sean Penn). Furthermore, if North America is the most polluted continent in the world, it is also the first to have created National Parks in the second half of the 19th century.

We have already traveled with a van for periods of about a month, but we need more space, that’s why we want to buy a camper (project pinhole, winter clothing, large photo equipment, space to work on the computer, etc). It is a means of transport that will enable us to reduce costs to the maximum (no hotel, kitchen) and to have total freedom of our movements.

Below is the path we have planned for our trip. However, we like the idea of being totally free when travelling. Our path will probably change in terms of our meetings and photography opportunities.

We plan to start our journey in mid-september 2016.

We want to make two photographic series. The first series will consist of images of the inside of the camper, always with the same framework, but with some details to indicate the human presence and to show that time is passing: teacups that smoke, lit cellphones, clothing, clock... For each image, a different landscape will be projected inside the camper using a pinhole. Thus, the inside (familiar, cozy and intimate) and the outside (natural and unknown) will be mixed. The shots will be taken with a digital camera (Nikon D750) and a wide-angle lens (Nikkor 20mm f / 1.8).

What an image of the first series should look like...

The second series of images will consist of landscape photographs ; landscapes in which we’ll leave each time a discreet trace of our passage (tire track in the mud, traces of a campfire, flattened grass...). Whatever the location and duration of their visit, men always have an influence on their environment, whether small or large. The spectator, pushed to look for evidence of a mankind presence, becomes an explorer, and can easily imagine that those traces are his. The photographs will be made in with an analogue camera, a Bronica ETRS (4,5x6 format) and Seiko lenses (50, 75 and 150mm f / 2.8).

Both series respond and support one another. One is made indoors while the other is outside. But on a roadtrip, both are closely linked. In both series, the human is absent, but present by clues, whether they are the elements of daily life in the camper, or traces in the environment.

Besides these two series, we plan to make pictures in a more documentary form, still about the relation between Men and Nature : portraits of people working with nature (National Parks, research in climate change, etc.), landscape photography...

We will post the pictures on our blog  all along the trip. When home, we will set up an exhibition.

Alexander, 31, was born in Paris and started to take pictures with an analog camera. After his baccalaureate, he left for a first long trip to Australia and Indonesia. Back in France, he studied History, Entrepreneurship and International Relations. Through his travels and experiences that conducted him in nearly 60 countries, his look has changed and photography, from a simple way to fix his memory, now takes a more documentary form.

Liza, 26, was born in the South of France. She made her first pictures with her father who taught her the basics of black and white photography. At age 22, she joined the National School Louis-Lumière in Paris where she obtained a Masters in Photography in 2014. The topic of her photographs are mainly about nature, the environment and the relation between mankind and the latter.

The estimated budget of our trip is 20 000 euros, you can find below the breakdown of our expences :

In case your contributions would be higher than our expectations, we would use the money to respond to any unexpected, to organize exhibitions during our trip to share our project and raise awareness on environmental protection, and to make our project greater (nature guide in areas at risk, floatplane in Alaska to get us into isolated areas, buying a new camera lens etc.)

Thank you very much for your contribution. We invite you one more time to follow our adventures on our blog and our facebook page.

A big thanks + your name on our blog