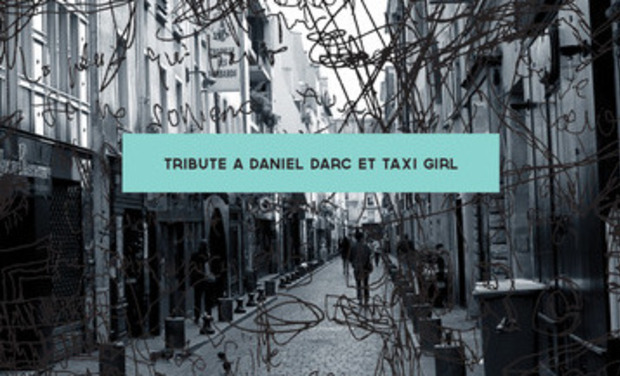 With this compilation we wish to pay tribute to Daniel Darc, former singer of the band Taxi Girl, who has died in February in Paris. Darc, aka Daniel Rozoum, he was 53 years old. Details of the cause of his death have not formally been established. Taxi Girl were a key band in the French New Wave scene, originally a trio that featured Darc, Laurent Sinclair and Mirwais Stass, later becoming a duo with Mirwais & Darc. The band has been active from 1978 to 1986, and they had two significant hits, with the songs “Mannequin” in 1979 and “Cherchez Le Garçon” the following year. While considered by some a new romantic outfit on account of their use of synths, Taxi Girl drew inspiration from acts like the Stooges and Suicide as much as Kraftwerk. The band released several EPs during their career, their only full album being the 1981 collection “Seppuku”, which was produced by Jean-Jacques Burnel of the Stranglers, his fellow band member Jet Black contributing drums to the album. The band would also tour the UK opening for the Stranglers and record an English version of their unique album. The album “Seppuku” was one of France's first independent releases, on their own Mankin Records label, under the guidance of Virgin records. Following the split of Taxi Girl in 1986, Mirwais would later find success as a producer and artist in his own right and produce albums for Madonna (“Music” & “American Life”). Darc had a successful solo career following the split of Taxi Girl, his debut album “Sous Influence Divine” coming out in 87, his 2004 album “Crève Cœur” wining a Victoires De La Musique Awards in 2005