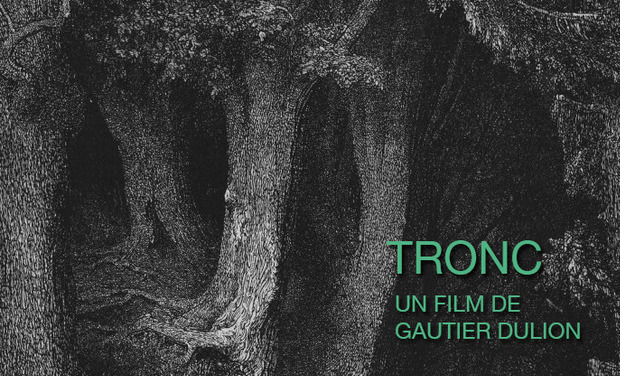 I live in Paris for 7 years, but I grew up in Champagne-Ardenne, a place where factories closed their doors, as everywhere in France, and even in Europe. Pressure, imminent loss of his job... What to do? Run away ? How ? I think you are alone with yourself in such situation. I’m interested by intimity and human loneliness which are common to all and also totaly different. It’s a common good, but it can’t be shared. I wanted to treat these themes.

In each place in France, companies, factories end their activity. I started to imagine a contemporary story, with a social meaning but with an unexpected form : a lonely man who’s living in a forest.

With a short film, it’s hard to give solutions, and i think it’s not the focus point. But we can give sensations, a strong emotional approach. I want to develop a story with a social significance, with a mythologic form. The social element is the starting point, but not the end.

I’m not interested by the antagonist difference between industry and nature, my focus is the daydream, the memory, the fascination with the machine (at the same time organic and mechanic). I want to totally immerge the spectator in an specific experience of cinema.

This movie is particular because of the actual situation in France and Europe. The most important is to do a timeless movie about the lost of work…

First pages of the script

A screen of white and red fog, smoke.

A morning light beam cross the smoke, forms, bodies, workers are making noise in front of a factory.

Paper and tires are burning. The faces of the workers express hate and resignation. People talk about the situation.

AN OTHER MAN (doubtful)

A man is laughing at a joke of a colleague.

A 35 year old woman is looking away.

A 40 year old man, hardy, short hair, with a old leather jacket walk to the factory.

Some workers prevent him from entering, they hurt him, the man repulse them. Suddenly, THE WOMAN puts her hand on THE MAN, she carries in one’s arms an albino child about 8 years old, she is on the verge of tears. The child look at THE MAN and smiles at him. The woman try to talk, but words won’t come.

THE MAN look at her, he remains silent, impassive, he take the woman’s hands, he kiss the child and then, he pushes some workmen and goes in direction of the factory.

He walk in the courtyard where somes trucks are parked.

The place is quiet, the distant echo of metal pieces falling on the floor resonates in the factory. The machines are stopped. Two men are in front of a large machine, they are in suit, one of them takes notes, the other provides some instructions. The sound of oil dropping from the pipes of a big machine resonate in the building.

Far away men dismantle a machine.

The boss who provides instructions see THE MAN who’s coming to him.

THE BOSS can’t end his sentence, THE MAN gives him a punch, THE BOSS fall at the floor, THE MAN continues to give him punches, he start to have blood on his hands.

Two workmen try to stop him, THE MAN strikes them and continues to beat the boss.

The albino child appears in the factory’s doorway. THE MAN sees him. Chaos stopped for a few seconds.

A third workman arrives and with the two other men, pulls THE MAN. THE MAN lose his balance, the back of his head hit a metal pipe from the machine, he falls to the ground, lifeless.

Blood flows and mixes with the oil of the machine.

An anthill, ants enter and leave it in, they carry leafs and other things.

The top of a tree, branches and young leaves of spring shaken by a slight wind. The sun pierces the leaves.

The man is asleep on a comfortable foam pad, he’s about fifty years old, mid-length hair, damaged skin, shaggy beard. He’s in rags, he wears an old sweater with holes, a worn pants and an old pair of security shoes.

He sits up slowly, he picks up his axe and a little bottle and he moves slowly towards the river. He leans over water and he freshen up. THE MAN look at his face, his skin is wrinkled. He take off all his clothes quietly and he disappear completely into the water.

The script TRUNK obtained in September 2012, the second prize of script competition organized by Le Moulin d’Andé, in the department of Eure in France.

I know Gautier for several years, we were friends, we shared common desires about cinema and then, we wanted to make films together. When we see his movies, we think that Gautier is an eclectic director, he’s a man of many parts and learn on his own.

Documentary, fiction, videoclips, eclecticism, but with a ultimate desire, an obsession : go toward humanity. Gautier is inspired by the human in all its complexity and duality. He’s always kindly toward his characters.

In my opinion, TRUNK is a real challenge movie, aesthetic and narrative.

Visions of childhood, movies, then, studies which will develop my interest for various types of films. At the same time, I realize some works with friends, i continued to write at university but I didn’t separate it of a practical work. Experimentation, documentary about mosquito in Finland, videoclip of a “Femme Fatale” but, always, a link with fiction.

Below, two videoclip which i recently realized :

I can’t make this movie only with the Basse-Normandie région’s fund. I need technical equipment to direct the movie as i want to. This film is ambitious in a technical perspective (images and sounds). That’s why I need your help for rent a camera (particularly the Arri Alexa) which will recreate the atmosphere of the film. Moreover, I would like to create some special effects. All this take time and require special technical means.

Thanks in advance to all !