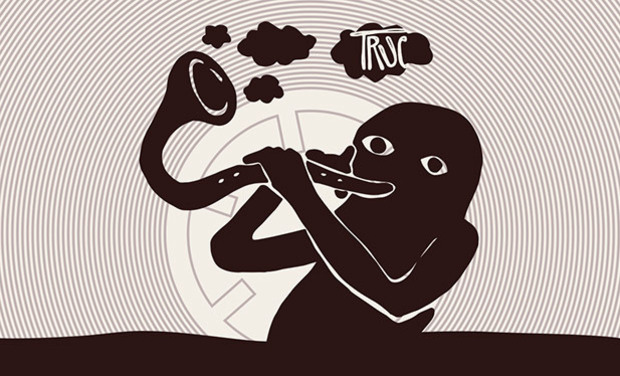 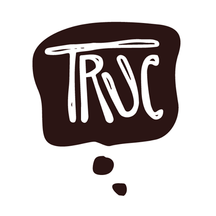 TRUC will take the form of tape boxsets (+ digital download).

TRUC was born of MonsterK7 and InPolySons’ shared interest in strange music.

TRUC brings together musicians that don’t care about naming genres.

TRUC follows its own rhythm: the volumes composing the series will be enumerated according to the Syracuse mathematics sequence.

TRUC wants to bring about the unexpected.

For this first volume in the series, called “Cabinet de Curiosités” (“cabinet of curiosities” - to be released in September), we asked 22 musicians to rummage through their archives for obscure-music gold: their most startling unreleased tracks.

The first tape boxset will include a gift, handmade by Coquillerrance.fr (limited edition).

This first compilation has been carefully mastered by Yan-Hart Lemonnier (http://yanhartlemonnier.tumblr.com/).

Here’s a sneak preview of what’s coming next: the second compilation will be directed by composer and performer David Fenech. As an improviser, he’s played with musicians such as Felix Kubin, Jad Fair, Tom Cora, Andrea Parkins, Ramona Cordova, Shugo Tokumaru, Klimperei, Ergo Phizmiz and many others. He also runs the blog david f presents (https://davidfpresents.com).

For this second volume, David will ask musicians to compose the end of songs before giving them to other musicians who will compose their beginnings.

The other 7 volumes of the series will all take the form of an unusual creation exercise and will include tracks by artists from MonsterK7 and InPolySons labels as well as special guests. Each compilation will exclusively include unreleased tracks.

We hope the result surprises us as much as you!

TRUC came about from a desire to create a bridge between two generations of musicians.

On one side, InPolySons (created by Denis Tagu) has been standing up for a vision of counter-culture with inventive musicians such Pierre Bastien, Klimperei, David Fenech, Look de Bouk and Frédéric Le Junter since 1989. The label released around 60 albums combining pataphysical music, art brut and new compositional techniques. Today, InPolysons keeps promoting unexpected music through this new project, TRUC.
http://inpolysons.free.fr

On the other side, MonsterK7 is a disciple and the son of InPolySons. For the last ten years, Anne Le Gal and Gary Lafond have been sharing their taste for handmade music with numerous DIY musicians from France and from all around the globe. Through their music festival dedicated to toy instruments, album releases, and thematic compilations, MonsterK7 shamelessly mixes pop music with playful compilations.
http://monsterk7.com


TRUC couldn’t exist without the invaluable help of:

Pierre Chandeze
Pierre is an illustrator. He leads TRUC graphic design. A prolific musician,  he has launched the following musical projects: Carton Sonore, Monster Surprise, Paul & Pierre, Quetzalli, etc. He also makes music video clips, organizes concerts and runs a blog. You can get a glimpse into all these activities on his website With A Messy Head : www.withamessyhead.com. Since 2013, with his series of compilations You Don't Have To Be Fashionable, he highlights hidden gems of the international music scene.

All the money raised will be used to launch the TRUC compilation series. If your generosity exceeds our needs for the first volume, the extra will ease the financing for future releases.

The NGO InPolySons will receive all the donations of this crowdfunding campaign.

Subscribe and receive all the compilations + an exclusive off-series compilation

A meal with TRUC team in Paris (for 2 people)

Gary will serve appetizers to the beat of the songs from the first volume of TRUC. Germain will entertain you with his extraordinary juggling talent with just one ball. Denis will detail the secret sexual life of aphids. Pierre will organize a session of Pictionary. Anne will launch into an impassioned speech on the Ebay prices of toy music instruments. + all 9 TRUC compilations as a digital download + all 9 tape boxsets