TUKKI - The musical trip of a sound genius 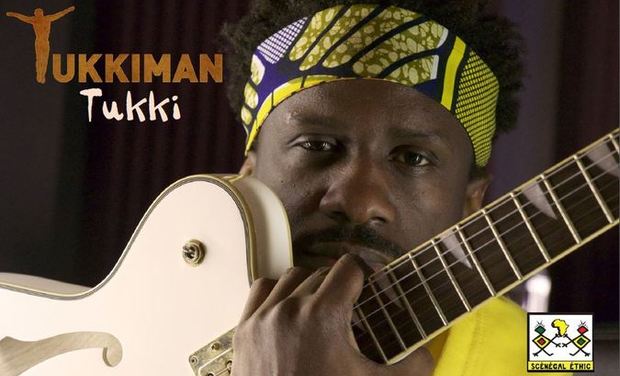 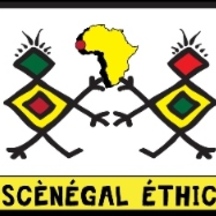 Author, composer, performer and sound engineer, Tukkiman is an artist who truly could work and strive in isolation and produce magic. He doesn’t though – he is a ‘humanistic” genius.

To understand the origin of his art, you must go back to his childhood in Senegal.

Filled with the rythmic sounds of «Assiko» located in the noisy surburbs of Dakar.

His music tells the story of his life and his travels. Coupled with the musical influence of his older brothers, in addition to, Reggae and Rock – Tukkiman molded himself into a rare artistic talent with keen insight.

In the late 80s, when Hip Hop arrived in Senegal,Tukkiman wrote his first lyrics. But, not to loud beats full of bass. He did it while plucking strings on his guitar and stroking keys on a piano. This was the birth of his career as a writer.

In 2006, he made a powerful decision to move to Paris to study sound engineering. His creativity, mixed with curiosity, led him to master his role as producer in his own recording studio Time Sound Studio.

During this time, he worked with Pop, Rap, Reggae, Rock and Soul artist of diverse backgrounds. He produced the album l’Analyse for the rapper Abass Abass, who later went on to receive the award for best hip hop album of 2010 in Senegal.

Today Tukkiman lives in Paris where he devotes himself to his beloved solo career as an artist.

Being an African in Paris, he is faced with all forms of injustice and it is in the music that he has found asylum and is inspired daily to write his songs. His road, his history, mixed with his African roots gave birth to Tukkiman – “traveling man or man who travels”.

Tukkiman, the artist who climbs the mountain of life for love, peace, equality, respect and justice

and never turns away from his highest goals or his humanistic voice to speak out for others. His songs have been translated to English so that his message transcends any language barriers. He believes in the common voice of humanity.

The infusion of international sound is evident from the onset of the album Tukki. The acoustic guitar, the first instrument of Tukki,is the basis of his compositions. His sounds are comprised of the “urban” assiko drum, synchronized with violins, the cello or double bass. In his songs, he cleverly mixes up rap and melody, a trip between hip hop, rock and some African rhythms. In each song, there is an underlining feeling of his message for each of us to have the freedom to love, live and travel.

This self-titled album, Tukki, which means to travel, focuses on mobility of the human race and music.

Tukki, the person, believes that the world belongs to us all; therefore, we should have the ability

to travel freely across continents and oceans.  Due to strict immigration laws, we don’t all have that liberty.  Nevertheless, music can travel in places that we can’t.  Tukki tells us all about this in his songs Tukki and We Will Survive – an anthem for immigrants. The track Let’s Rock to This is a marriage between rock and hip hop that gave birth to his musical career in the 80s.  It’s a joyful mixture of rock and rap, produced right after Tukki’s arrival in Europe. Regularly working in the USA, between Chicago and New York, Tukki understands the pressures in life to acquire capital and fame in the big city.  Take Me High is an ode to the struggle to reach the “American Dream” that so many of us desire. I don’t know, the first single of the album, is a classic favorite that everyone can relate to. The only certainty in life is that it’s uncertain.  Tukki explains that uncertainty has its benefits.  At last, Reap What You Sow,

was produced in Dakar by Lionel Mandeix, and contains to angelic voice of La Petite Shade as she delivers an  age-old theory, “As a man sows, so he shall reap”. Tukkiman observed the pressure of working in a society where we many go without necessary rest - especially American youth who dream only of riches and the finer things in life in Take me High.

1. Production of the album

2. Development of a video

The promotion will begin by organizing a showcase in Paris, coupled with a communication plan all managed by a specialized press/media secretary.

Oumar Sow, guitarist of YOUSSOU NDOUR during more than 10 years, is jumped on the TUKKI trip. He became the "chef d'Orchestre" of Tukkiman and his band.

Oumar Sow and Tukkiman in studio on workshop :

With a quality album, Tukkiman is about to introduce his musical universe to the public via the framework of the Ethic Scènégal structure.

Scenegal Ethic combines the scene, Senegal and ethics. Our mission is to support Senegalese artists to develop their careers internationally by offering various services:

We are visible at trade shows such as WOMEX, BABELMED, VISA FOR MUSIC, BIS, MaMA ...

Scenegal Ethic choses to showcase artists who have a relevant project. For example, artists who give meaning to their creation; artists who possess human and societal values ​​used to transmit a message that is more powerful than sometimes novel mechanism of expression; finally, our belief that it can fundamentally transform the interconnectedness of man and his environment.

Scènégal Ethic paves the way for artists who are reclaiming their voice.  In this project, our main goal is to propel his career by providing optimal conditions for the success of his noteworthy musical undertaking.

WHY SHOULD YOU SUPPORT THE PROJECT ?

You should support the TUKKIMAN project because your generosity will make a gesture of solidarity with a ground-breaking artist and social activist fully equipped with a message designed to give power back to the people!

The artist Tukkiman embodies a modernized Africa through its fused musical style of Afro and electronic genres.

Tukkiman has an international character and promotes unifying messages that traverses many boarders. Hi transparent lyrics based on pressing topics and world news - will forever remain on the ears and in the heart of his listeners.

The Tukkiman project will stimulate the creation of stable employment for the committed musicians, technicians and staff for an extensive amount of time. Other contracted workers will also benefit from the success of the project, such as photographers, graphic designers, printers, etc.

Finally, the project mobilizes a strong working team across the borders of Europe and the United States; therefore, it demands a substantial budget to achieve the intended goals.

With all of this being said, the TUKKIMAN project must be supported. The only question is – will YOU join the movement ?

Your support today will:

- Promote the diversity of African music

The voice of the people is our best promoter, therefore, YOU are an ideal PARTNER to join this worthwhile movement of survival, freedom, love and travel !

Choose the amount that’s right for you.

Become a part of the movement.

Come along for the paperless journey.

……the TUKKIMAN project, the next best thing.

How will the contributions be utilized ? To date, the album has already been recorded in studios in both Paris and Chicago at the sole expense of the artist.

The overall budget of the project :

"HEADSET" SUPPORT Thank you. Every gesture is precious! You will receive the digital album PLUS two new tracks.

"BIKE" SUPPORT A big thank you, you're AWESOME ! You will receive a copy of the album, an autographed poster and two unreleased tracks.

"METRO" SUPPORT You are a VALUATE contributor! Your name will appear in the special thanks section on the website and on the artist’s social networks. You will receive an autographed copy of the album, an autographed poster, and a "We Will Survive" t-shirt will be mailed to you.

"TRAIN" SUPPORT You are FANTASTIC ! Your name will appear in the special thanks section of the website, on social networks and in the credits of the music video. You will receive an autographed copy of the album, as well as, an autographed poster, one ticket to the album release concert/party, a "We Will Survive" t-shirt and two digital downloads of the album to give to your friends.

"CAR" SUPPORT You have become a PLAYER in the draft ! Your name will appear in the special thanks section of the website, on social networks and in the credits of the music video. You will receive two autographed copies of the album, as well as, two autographed posters, two tickets to the album release concert/party, two "We Will Survive" t-shirts and two digital downloads of the album to give to your friends.

"TRUCK" SUPPORT WONDERFULL !!! You became an ACTOR in the project ! Your name will appear in the special thanks section of the website, on social networks and in the credits of the music video. You will receive two autographed copies of the album, as well as, two autographed posters, two tickets to the album release concert/party, a "We Will Survive" t-shirt and two digital downloads of the album to give to your friends. BONUS : a "We will survive" pullover

"BOAT" SUPPORT SPECTACULAR !!! You are an ACTOR in the project ! Your name will appear in the special thanks section of the website, on social networks and in the credits of the music video. You will receive two autographed copies of the album, as well as, two autographed posters, two tickets to the album release concert/party, a "We Will Survive" t-shirt and a pullover + two digital downloads of the album to give to your friends. BONUS : a song written and composed just for you !

"AIRCRAFT" SUPPORT FABULOUS !!! As an ACTOR in the project, your name will appear in the special thanks section of the website, on social networks and in the credits of the music video. You will receive two autographed copies of the album, as well as, two autographed posters, two tickets to the album release concert/party, a "We Will Survive" t-shirt and a pullover + two digital downloads of the album to give to your friends. BONUS : an acoustic solo concert at your home !