You want to see Marlene's story? It's worth it. Let's combine our strengths. Your support with our expertise. A nice short-film on its way ! 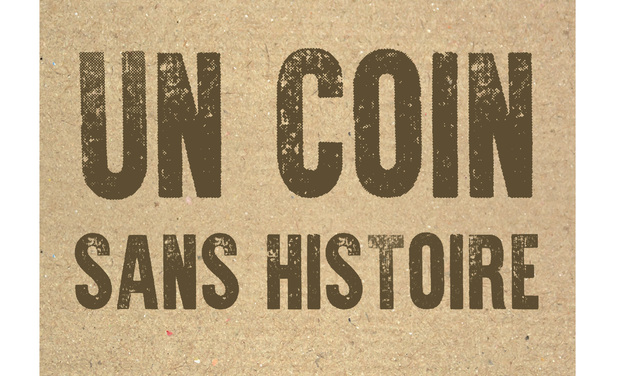 Marlene, is 60 years old, she doesn't have much in her life besides her couch and her favorite T.V. show. But one day something disturbs her in her boring routine.

Will she be able to get out of her couch to embrace it?"

Above all, when a laugh is slipping out when feeling sad, it feels like such a relieve. Doesn't it?

Why "A quiet neighborhood"?

At one point, we all have been observers... Observer of the life of others, but also of our own life.

This is what this short-film is about... our tendency to just observe, to stay passive, not knowing why and then regretting it.

The atmosphere of the film

The idea is to give a natural, realistic look and feel to the movie, so that the audience can focus on the story.

Marlene's universe gives us the feeling that we suffocate, to be locked up. It's artificial (the light, the sounds, the colors, etc.). Therefore when natural light will come into the picture, when we will get out of this dark ambiance, it will feel like a fresh breath of air... just like it is for Marlene.

Isabelle didn't study cinematography. She has a Master in Communication from the University of Brussels (Université Libre de Bruxelles). She has worked in corporate businesses for nearly ten years.

But one day, or because of too many painful days, she decided that life was too short to spend 40 hours a week not doing exactly what she wanted to.

Since then, she gives everything she has to her new adventure. She is training herself to the Meisner Method (acting) and took several writing and directing classes.

"A quiet neighborhood" is her first short-film as a director.

Francine has studied in INSAS. Since then, she has mainly worked in theater, where she has starred in more than twenty plays.

At the moment, she is dubbing Kathy Bates in French for the original Netflix series "Disjointed".

Isabelle and Francine have met during a Meisner Method training. Isabelle has immediately thought of Francine for the part of Marlene, because of her great expertise as an actress, but also because of her dedication and communicative friendliness.

Stany has been chosen for the part because he looks exactly like what Isabelle had in mind when she wrote the script of "A quiet neighborhood". He has this special elegance and simplicity that make him as friendly as possible.

Stany is a great actor who knows how to combine humor and drama... which is perfect for this project.

A great example of this combination is his one man show "Mères Veilleuses" (Caring mothers) with which he is on tour at the moment.

Raphaël is a director of photography based in Brussels, working on fictions, video clips, documentaries and commercials. He varies the medium : from the film in his cameras to the final digital formats.

Before that, he has been trained as an electrician and therefore has a great knowledge with the lights. He loves experimenting new ways of telling a story and transmitting emotions through images.

Even though, this will be their first collaboration, Isabelle and Raphaël have immediately agreed on what and how they wanted to pass on with "A quiet neighborhood". They are both fully engaged in their projects and to them preparation is the key ingredient to a successful shooting.

Laïss is about to finish a Master in Screen Writing at IAD. Isabelle and her have met on the set of the short-film Laïss directed,  "Libido", and in which Isabelle was acting as a sex therapist !

Not only does Malika sing and compose her own songs but she also works wonders in the sound department. She is hard working and always searching for the perfect ambiance.

Isabelle and her have met while shooting a short-film, called "A new law...", taking place in several schools in Brussels. More than eighty children screaming, singing and dancing. Useless to say that Malika's talent were required to make a success out of this project.

Mathieu has studied at IAD.

It's Raphaël who suggested that Mathieu comes along on this project. They have worked regularly together so Isabelle had no doubt about the added value of Mathieu for "A quiet neighborhood".

The 7000 euros collected will be used for the preparation and filming of "A quiet neighborhood":