Help BALA to finance their first EP. The income will be completely donated to the Panzi Hospital that cures women victims of rape in DRCongo. 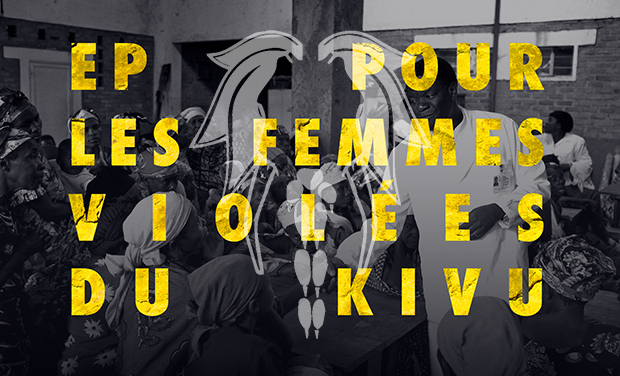 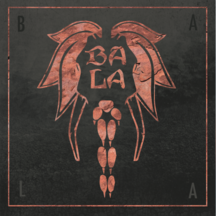 Our goal is simple: we must finance the 6 title EP CAP KIVU, which's income will be fully donated to the Panzi Hospital. This institute principally takes care of the huge number of women suffering from sexual violence in the Kivu region, at the east of the Democratic Republic of Congo. Today, it is the scene of the biggest human tragedy in the world.

For over more than 20 years, this region is at stake of incredible cruelty, while the international community surveys from a distance. The silence surrounding these acts has the purpose of concealing the real reasons of the conflict: the raiding and the exploitation that takes place in the mineral resources of Kivu, for the well-being of our consumer society.

BALA wants to be the voice of this torment, throughout something that connects us all: music.

Tshim is a self-taught musician. At the same time bassist and singer, he learned his way through experiences on the field, and stood alongside many musical universes.

After his childhood in Kinshasa (DRCongo), and his teen years in Belgium, he started to become interested in local congolese music. Back to his native country, he starts the congolese groupe rock Ndoki machine, before taking part of the Molokai stars of Viva la Musica, with the missed Papa Wemba.

It is when he goes to Europe and settles in Normandy that he meets Sven...

Sven has, since his childhood in Normandy, a true guitarist potential. He is a real Hendrixian: rock, blues... that's what moves him.

While studying musicology, he meets many musicians and plays mostly in progressive rock bands, between Rennes and Paris. After many years of collaborations in vain, he goes back home, searching for true purpose... His dear Normandy will be the theater of the most beautifull musical encounters: a guy named Tshim.

BALA was born from the moment of the encounter of our two friends, and Gaby, the drummer from Troyes. One day in march 2015, they meet via classified ads. When Tshim proposed a first draft, his groove and the power of the firsts choruses : together, they shape the first songs of BALA that are sung in lingala*. Throughout rehearsals and residencies, they discover themselves and the inspiration leads them to a richer repoertoire. Becoming more confident as the number of concerts grows, they establish a Rock genre based on the rythmics of the African Great Lakes. The groove knights illuminate the scene of the musical world (and in some out of the ordinary spot) in the normand countryside.

*Lingala is one of the 4 spoken languages in DRCongo.

After a fine year of collaboration, Gaby the frummer decides to take another path and leaves the band.

From that moment, BALA takes a completely different direction. The duet Tshim/Sven multiply by five the number of weekly rehearsals, and transforms the music register by re-arranging it in it's integrality: bass trio, string quartet, african percussions... The revolution is in place.

A grand music for great fights

Embracing a new energy, the group gets involved in a cause making them the symbol of the voiceless people of Kivu. Therefore, BALA decides to not only denounce these actions with their music, but to strive through strong actions. The first one starts today, with CAP KIVU. But these guys have more than one magic trick in their hats: the making of a film, big charity events with a worthy media coverage... and these will happen on-site, in DRCongo, at the Panzi Hospital and in the refugee camps in Kivu.

It is your choice now: the blue pill, and you look away and nothing changes. The red pill, you take part in an ambitious artistic project, and in a battle for the future of our humanity.

If we ever exceed the amount, the surplus will be used for the promotion of the EP (video clip, making of, merchandising)

We want you to know that the entirety of the funds will be deposited on our association's bank account: TOP BALA. We'll work in total transparency concerning the spending of the funds, in accordance with the convention that we signed with the direction of the Panzi Hospital.

Your trust is extremely precious for us

Thanks a lot to:

- And Cécilia, our guide in this adventure.