Back the film A GENTLE RESISTANCE: living differently & reappropriating their lives is the challenge that these young farmers have undertake 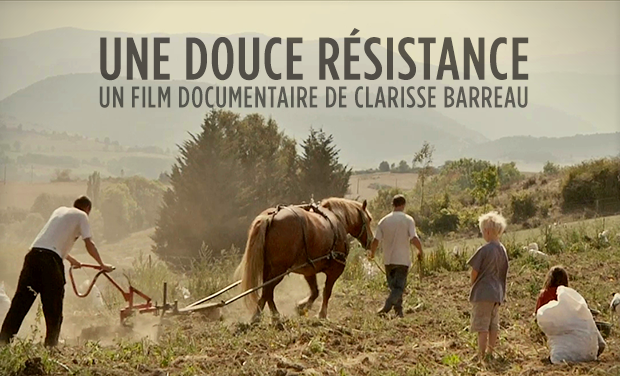 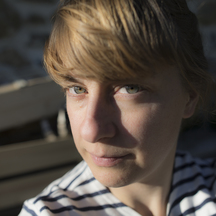 A GENTLE RESISTANCE is a documentary film that shares the day-to-day lives of three young farmer families who wanted, or needed, to experiment a different lifestyle. The story unfolds in the French Pyrenees, to the rhythm of the seasons.

Omya and Marco are busy with their farm activities, working in an economy of means that takes a lot of effort.

Ghislain is preparing to return to his osteopathy school, while Geneviève dreads the winter, which she'll spend alone again with her two children.

At the other end of the field, two newcomers settle into their yurt.

These young farmers have made choices that they try to turn into reality, which is not without some sacrifices.

Sharing these three families intimacy, the film immerses us in another rhythm and suggests another world.

Rethinking their work tools, rethinking their relation to work, rethinking human relations, and recreating simple ties with their environment. Allowing themselves the possibility to imagine a new society and, above all, to experiment it on the ground.

I travelled to the Pyrenees several times to shoot. As I live in Paris, I'd take the train to Toulouse, my equipment on my back, then share a ride to the Aude mountains to get to the shooting location. I was working on such a shoestring (as the film is entirely self-produced) that this influenced my way of working and, ultimately, enabled me to get closer to my subject and to my characters' approach: an economy of means, mutual assistance, freedom of creation, and the rigour and pleasure of doing a job you have chosen.

It can truly be said that A GENTLE RESISTANCE is a degrowth film!

At any rate, it did not take the usual production path and yet it exists, has been selected in festivals, screened in cinemas, and is going to be distributed in French mediatheques by the distribution company Rambalh, which specializes in documentary films.

Many of you have already supported me in one way or another: through your technical support, by giving me your time, by sharing your view, and through your often moved impressions after screenings, with unexpected statements, such as Gustave's, aged 10: “It's the best grown-up film I've ever seen!” Wow! That was quite a gift!

You have supported me because you were touched by the film, its approach and the way in which it resonates for you.

I have invested a lot to complete this project, and several film screenings have already taken place, followed by fantastic debates. As I've already written, the adventure has already begun and NOW CONTINUES THANKS TO YOU!

As many of you have asked me for it,

So now, by choosing your perk, you can participate in this film's adventure and obtain a DVD of the film and other goodies only to be found on KissKissBankBank!

800€ is the minimum sum required to complete this project.

to subtitle the film in English (by Tilly O'neill uk.linkedin.com/in/tillyoneillsubtitling)

for the DVD graphics and technical work (encoding)

for the printing of posters and postcards

If you are the active sort, please help me distribute the film in cinemas.

And tell people about it!