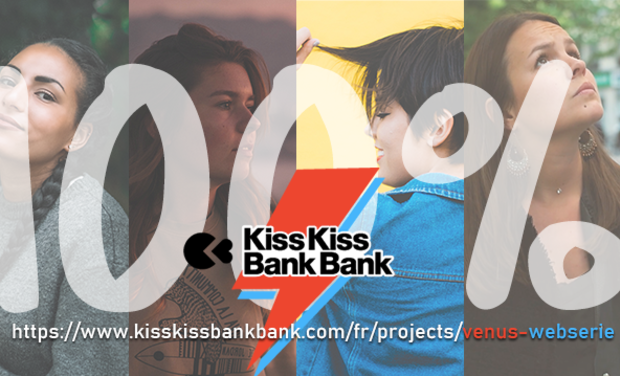 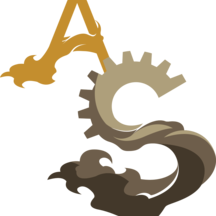 We are the author, director, producer, creator of the Youtube channel « Vénus WEB SERIE » and together we are the Vénus team. The project that we are presenting to you via Kiss Kiss Bank Bank is the production of the new pilot from the rewriting of the web series.

Yes you are reading this correctly because since the filming of the first pilot (2017) the author, Adele, has trained herself in writing, created the series bible and rewrote the whole series including the pilot that we would like to produce with this campaign. The director, Kinan, is by her side for the filmmaking of the series as well as the producer, Manon, who joined the adventure by the end of 2018 and who is now helping them developing the project.

Vénus is a 10 x 20 min (at least for the first season) series mixing drama and comedy.

It became important to Adèle and for the rest of the team to create a series with an inclusive plot where the heterosexual and homosexual communities would meet in order to understand each other. The committed position of the series is still to put women in the forefront because it is also about telling the story of a group of female friends. Of course men are also present in different ways and fully integrated into the plot.

In the series you will follow Camille, the main character. Originally from Carcassonne, in the south of France, she decides to leave for the capital to win her boyfriend back. Through her new flat mate she will discover the lesbian community.

As an image is worth a thousand words here is a stop motion pitch :

What has been done, what is currently going on

- The rewriting of the scenarios of every episodes of the first season suggesting the possibility of a next (and so on) season. The making of the series bible, here to highlight the writings, artistic and technical choices as well as the presentation of the characters, sets, etc …

- The Série Series Festival in Fontainebleau (France) in 2019, having previously proposed an original trailer of the Venus series. Alas we were only spectators during the event. However we met a few interesting people.

While we present this campaign we are also soliciting associations, companies and third places to organize film-debate meetings around the project and the subject that it is about. In the mean time if you represent a place/association with the capacity to receive and screen films please do not hesitate to contact us.

A pilot to produce the series

We don’t aim to make a similar pilot to the first one, our ambition now is to offer a quality, daring French web series that you can have access to on the Internet (Youtube) and that can also meet an international audience by including at least English subtitles. Although the project benefit from a production company, Arty Steam that received a financial help from the Normandie region (France), this is not enough to produce a pilot.

The quality we want to offer must be noticeable in order for broadcaster to accept to produce the rest of the series. And nothing is decided in advance, hence our desire to show what we are capable of. It is important to us to offer a series that would respect the initial intentions and the new ones as we mentioned above and this also requires a form of independence in the writing process. We want to make sure that by producing this pilot with your participation, the future collaborators who will hopefully join us afterwards will be aware of the way we want to work and respect it.

The bigger the better

Other purposes that we want to add to this campaign is that we would like it to be a way to expend our community around Vénus. We want this series and its values to spread. You represent now more than 3 000 followers and we are already grateful for that. Expending our community would allow us to have one more financial source called CNC/Talents (France) that requires to have at least 10 000 followers. So lets make this series shine !

Finally the previous pilot has had some selections in international festivals, now we hope that this 2.0 pilot will be even more recognized by professionals, both in France and internationally.

For the part of Marlon

I started my comedian course at the Cours Florent then I studied at Actor Studio in Los Angeles. I actually started to write the first version of Venus there, even if I already had it in mind way before this. By the way the very first thing I did even before writing the first line was posting the casting call notice to see how people would react to it. The next day I had more than 200 applications in my mail box ! This really gave me the motivation that I need to finally talk about important matters but without moralizing. I wanted to stand up for the LGBTQ+ cause, tell the everyday struggle against the cliches and the discrimination of people who are said to be « unusal». But just that. Vénus is also about telling the stories of women and men at different times of their lives with different sexual orientations, beliefs and religion. Vénus is a project that I have been carrying on for 3 years now and that we keep improving even if there were moments where we could have chosen to take the easy way out well … we did not. To show you these different lives with sincerity, we have decided to take our time to move forward. Step by step.

I have been working in the audiovisual and film industry for more than 14 years. I started in Damas in Syria, where I also studied, then I went to Dubai. Now I live in Paris. I am working on different projects such as advertising, corporate film, documentaries and fictions. It is with great pleasure that I accepted to ba a part of Adèle’s project as director.

For the part of Camille

After passing my high school diploma I studied at the Cours Florent and then I got into the Los Angeles conservatory. It was when I came home that I came across the announcement of Venus and I instantly loved the project. It is mainly the fact that it is an idea out of the ordinary that made me want to do it. After being chosen for the series,  when I discovered the pilot first version I knew I made the right choice. At that time there was no lead character. After the second writing when I was told that Camille, the character I play, will be the main character I felt even more invested.

This fundraising campaign will fully serve the Vénus project particularly in order to pay royalties, equipment, wages and overheads, while ensuring a good welcome to the entire film crew (expenses and meals).

The 5,000€ will be used for direct preproduction & production expenses (shooting) and for all the expenses related to the participatory fundraising campaign.

That is to say 10 000€ to add to the initial funding pot, that will be used for direct production expenses (shooting) and for all the expenses related to the participatory fundraising campaign.

We are not going to hide the fact that the previous level is only a start and that if we reach it we would already be incredibly grateful. However this second level is really important.

That is to say 10 000€ more to add to the initial funding pot, that will be used for postproduction expenses (editing, color grading, mixing & more) and for all the expenses related to the participatory fundraising campaign.

We will be so proud of you if we reach it! This ultimate level will help us to have a quality post production, that for sure, broadcasters, distributors and sponsors will greet and will want to produce with us the complete season.

How much does it cost to produce this pilot ?

In fact, if we manage to reach the 2 levels presented, we leave with a budget of 15 500€, hence the importance of making this campaign a success!

The money raised will go to Arty Steam
www.artysteam.com
www.youtube.com/c/ArtySteam

The making-of of un beautiful pilot …

We thank you warmly for your contribution !

In addition to our gratefulness, we will add your name to the pilots credits.

The L word is here

. Warm thank you . Your name in the pilots credits . A private link to a thank you video

. Warm thank you . Your name in the pilots credits . A private link to pictures of the filming in preview ( or even maybe exclusively)

No wedding invitation but postcard …

Be the first ones !

Be the first ones … In person !

Become a part of the family