Let's do something crazy together ! 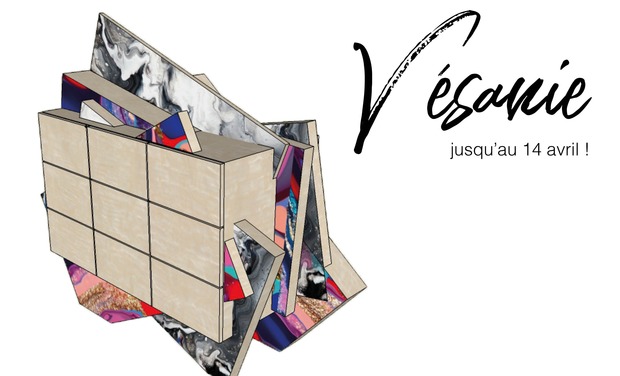 I'm in my last year of studies in arts and crafts and cabinet making. To graduate I have to design and make a piece of furniture, the theme is "The meaning of emptiness".

I’ve done a lot of researches, I decided to make a piece of furniture about madness. I started with emptiness as a feeling, the emptiness which frightens. The fear to be alone (surrounded by emptiness) that can drive someone to madness. Broadly speaking humans are afraid of emptiness because it represents the unknown, infinite and void. Despite the fact that emptiness can be essential to human stability. Emptiness is also a form of liberty, meanwhile too much liberty could be scary.

Overconsumption is also a form of emptiness. It is the desire to have always more objects, very often useless or superficial, to consume excessively, well above our needs. This overconsumption is somehow meaningless, purposeless. Because it's ultimately a way to consume, to exist even, which makes no sense since it leads to our loss.

This piece would be composed of a kind of parallelepiped envelope from which slices emanate, as if the whole  decomposed in an anarchic way, and came out of its frame. These visual disturbances are also an analogy to our own follies. The main envelope would be unadorned, thanks to the wavy grained sycamore producing a contemporary look. Only the faces of the slices would still suggest madness using psychedelic motifs of various origins. The effect will have to be resolutely eclectic. As if the extravagance came from within and it demonstrated itself by pushing the boundaries of the frame.

The user will have to be bewildered as if against something crazy. How to open it ? By which openings ? To access what ? The first impression will be disconcerting, disturbing. At first glance the façade will be rather simple, divided into nine doors. But all do not give access to storage, some will be unreachable, others cut into several parts while they are one. Furniture can be accessed from both sides, so two sides of usage and up to four. There will be a side drawer and upper parts that can act as storage while still using different opening systems. The furniture would be composed of "traps" or "hiding places" as if it were necessary to get to know it, to appropriate and better define it, as we would do with our own follies. The more you tame your madness, the more you try to understand it and better you manage to adjust.

The fund-raising will allow me to finance part of my piece, because the investment is quite large for my small student budget. But this platform is also and above all a great way to share my work, collect your opinions and comments. So don't hesitate !

Here is the detail of the budget :

// Production begun in february and will end in june. I will present my work in front of five member jury composed by professionals and teachers. I'd try to post news,  but you also can follow me on instagram : https://www.instagram.com/anais_michat/

A very big thank you ! + Your name will be mentioned in my dissertation

A very big thank you ! + Your name will be mentioned in my dissertation + A thank-you card handmade

A very big thank you ! + Your name will be mentioned in my dissertation + A thank-you card handmade + Three postcards marbled

A very big thank you ! + Your name will be mentioned in my dissertation + A thank-you card handmade + Three postcards marbled + A poster marbled

A very big thank you ! + Your name will be mentioned in my dissertation + A thank-you card handmade + Three postcards marbled + A poster marbled + An invitation to the presentation of diploma projects (cabinet maker and jeweller)

A very big thank you ! + Your name will be mentioned in my dissertation + A thank-you card handmade + An invitation to the présentation of diploma projects (cabinet maker and jeweller) + A kit marbled : - Three postcards marbled - A poster marbled - And a surprise !!