Back the film for more sustainable fishing! 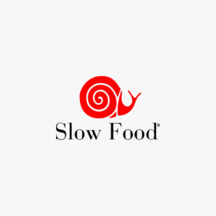 <p>&nbsp;</p> <h2><strong>A film by Dorian Hays and Emerick Missud</strong></h2> <p><em>Year after year, the situation is getting worse: the North Sea is emptying of its fish.&nbsp; Facing the industry&nbsp;of electric pulse fishing, an ecological disaster,&nbsp; the profession of fisherman&nbsp;is now threatened with extinction. &nbsp;WATT THE FISH tells the story of activists and small-scale fishermen who find themselves in an unbalanced but essential fight, opposing two visions of the world : sustainable versus profitable.</em></p> <h2><strong>Commit yourself for sustainable fishing</strong></h2> <p>WATT THE FISH is subject to the <strong>same emergency that&nbsp;the fight against electric fishing: to amplify the fight, the film must be broadcast and screened broadly in the next 6 months</strong>. The film is shot and is currently being edited. There is still a lot of work to be done to complete it and especially to bring it to the public. We are already working on organizing a preview in the presence of elected representatives and candidates before the European elections in May 2019. To meet these challenges, <strong>WATT THE FISH NEEDS YOUR SUPPORT!</strong></p> <h2><img alt="" src="https://d3v4jsc54141g1.cloudfront.net/uploads/project_image/image/585982/Capture_d__cran_2019-02-27___20.50.32-1554995522.jpg" width="100%" /></h2> <h2><strong>WHY THIS PROJECT ?</strong></h2> <p><strong>Electric pulse fishing: why we must fight it</strong><br /> <br /> Electric pulse fishing is a <strong>radical technique that sends electroshocks in the seabed to dislodge flat fishes like soles</strong>. Forbidden in the EU since 1998, a derogation allows the Netherlands to practice it &ldquo;for experimental purposes&rdquo;. In fact, 84 trawlers are engaged in a massive commercial exploitation. It is accused of having harmful effects on ecosystems: rejects of damaged fish, damages on&nbsp;eggs and juvenile fish...</p> <p>And above all, electric fishing is largely carried out by trawlers with <strong>illegal licences and paradoxically financed by millions of euros of European grants.</strong></p> <h3><strong>Electric fishing: a first but insufficient victory.</strong><br /> &nbsp;</h3> <p><strong>After two years of a campaign led by the&nbsp;NGO Bloom</strong>, a first victory was obtained: in February 2019, the Parliament, the European Council and the European Commission agreed on a formal ban on electric fishing throughout the Union from 30 June 2021. If this decision brings hope, it remains insufficient; for BLOOM, this transition period is &quot;far too long for fishermen who have been subject to unfair competition from industrial vessels fishing illegally for years&quot;. <strong>The fight for fisheries more respectful of nature and men is more topical than ever.</strong></p> <h3><strong>Watt The Fish: the film for more sustainable fisheries</strong></h3> <p><img alt="" src="https://d3v4jsc54141g1.cloudfront.net/uploads/project_image/image/585980/Paul_et_Stephane_EN-1554995363.jpg" width="100%" /></p> <p>In Boulogne-sur-mer and Dunkerque in France, in Lowestoft , on the Eastern coast of England, in Belgium and in the Netherlands, we followed fishermen and activists in their daily struggles, in their hopes and sorrows, in an adventure that will lead us from campaign meetings to the open sea. <strong>Beyond the topic of pulse fishing, WATT THE FISH pays tribute to the defenders of the sea</strong>. The film is above all a call for a citizen and political mobilization for a more sustainable management of marine resources, <strong>with 3 goals</strong> :</p> <h4><strong>MAINTAINING THE POLITICAL PRESSURE</strong></h4> <h4><br /> The decision of February 2019&nbsp;is a bitter victory for small-scale fishing: marine resources of the North Sea and small scale fishermen are already reaching their breaking point.&nbsp;<strong>By alerting public opinions, by calling on elected representatives, by maintaining political pressure, we are maximizing the chances to seal the fate of electric pulse fishing once and for all.</strong></h4> <h4><strong>GIVING A VOICE TO SMALL-SCALE FISHING</strong></h4> <h4><br /> European policies favour industrial fishing at the expense of small-scale fishing. Yet, it employs fewer workers and does not respect the environment. <strong>WATT THE FISH gives a voice to small-scale fishermen so that they are better represented and finally taken into account in the political decisions</strong>.</h4> <h4><strong>RESTORE HOPE FOR SOCIAL AND ECOLOGICAL STRUGGLES</strong></h4> <p><br /> WATT THE FISH is the story of fishermen who are complete strangers to the EU politician world and of activists who are fed up with the misdeeds of industrial fishing. Together, they made their way into the corridors of the EU and won over industrial lobbies.<strong> A beautiful message of hope for all those who are committed to social justice and to the preservation of the planet.</strong><br /> <img alt="" src="https://d3v4jsc54141g1.cloudfront.net/uploads/project_image/image/585984/stop_electric_fishing-1554995641.jpg" width="100%" /></p> <h3><strong>THEY SUPPORT WATT THE FISH</strong></h3> <h3><img alt="" src="https://d3v4jsc54141g1.cloudfront.net/uploads/project_image/image/585973/Capture_d__cran_2019-04-11___16.52.15-1554994383.png" width="100%" /></h3> <h2><strong>THE DIRECTORS</strong></h2> <h3><strong>Dorian Hays</strong></h3> <p>Dorian Hays is a director, screenwriter and film editor. In 2018, after participating in a film on the African-American cause shot in a music school in Memphis, he accompanied the NGO BLOOM in its advocacy actions. On this occasion, he met fishermen who fish the North Sea and understood the need to give an echo to the fight against electric pulse fishing.</p> <h3><strong>Emerick Missud</strong></h3> <p>Emerick Missud is a director and director of photography for documentaries . He shoots in France and abroad, sometimes under difficult conditions but always with high quality standards. As a long-time friend of Dorian Hays, he wants to tell the world from a social point of view, giving a voice to the marginalized.</p> <h2><strong>WHO PRODUCES THE FILM ?</strong></h2> <p>InFocus produces documentaries to amplify social and environmental causes. InFocus initiated WATT THE FISH with Dorian and Emerick, developing a strong artistic vision to serve a large social mobilization. Gump is a creative studio regularly working with Dorian. They brought the technical means and mastery to the aesthetic ambition of the film. Echo Studio supports films inscribed in social change and the creation of a sustainable world. Echo Studio provided the financial support necessary to launch the shooting. Finally, Terranoa, our international distributor, ensures that foreign television channels broadcast the film.</p>

- Your name during the end credits - A link to download Watt The Fish original score - The film DVD to delve into the fight of the fishermen and the activists at home !

- The pride to see your name in the end credits !

Your name during the end credits - A link to download Watt The Fish original score - The film DVD - A postal card with a note from the team - Fly the colours of Watt The Fish with an organic cotton T-shirt !

Your name during the end credits - A link to download Watt The Fish original score - The film DVD - A Watt The Fish T-Shirt - A postal card with a note from the team - Join us for the film Premiere the 15th of May in Paris ! You will see the movie in presence of the whole film crew

- Your name during the end credits - A link to download Watt The Fish original score - The film DVD - A postal card with a note from the team - A Watt The Fish T-Shirt - Two VIP seats at the Premiere, you will also meet the directors and producers of Watt The Fish

- Your name during the end credits - A link to download Watt The Fish original score - The film DVD - A postal card with a note from the team - A Watt The Fish T-Shirt - An invitation at the film Premiere - The backstage : you attend a work screening during the making of Watt The Fish in April or in May

- Your name during the end credits - A link to download Watt The Fish original score - The film DVD - A postal card with a note from the team - A Watt The Fish T-Shirt -A custom screening of the film for you, your organisation and company, presented by the directors and / or producers - Your name or organization will be present during the beginning credit at the same level as the producers, as our precious sponsor