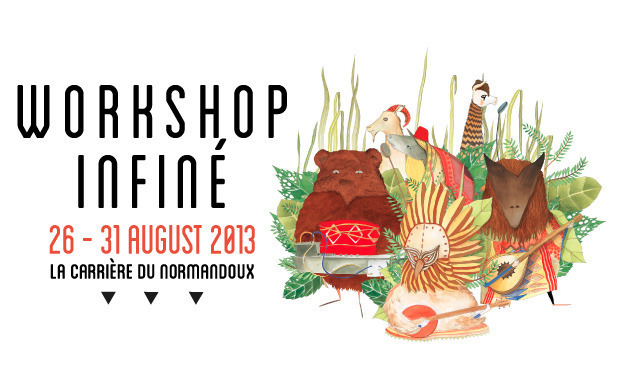 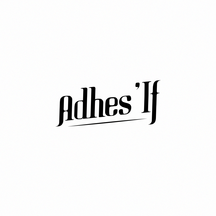 WHAT ?  The InFiné Workshop

WHEN ? The last week of August just before going back to school

WHERE ? Near the city of Poitiers in France, in a former stone quarry entirely renovated by the architect François Pin.

A STONE QUARRY ? Yes! The Quarry of Normandoux.

1 week of creation on an exceptional site: Le Normandoux.

3 nights of concerts @ the quarry open to the public.

1 album recorded at the quarry.

1 shuttle from and to Poitiers.

Small prices and lots of surprises!

4 albums as a result of the different artistic residencies

13 workshops carried out for kids

1 common creation organized in collaboration with the Baleapop festival.

1 music contest directed by Rone himself!

A  commitment to sustainable development for all the generations.

AND AFTER THE WORKSHOP?

The residency should last and travel to different cities throughout the year.

In order to relive the events of the week we invite you to: :

> A musical brunch in Paris.

> 1 party All Night Long in Lyon and much more!

Brand new, the association has just been created in order to make the workshop possible. It brings together the members of InFine but also their friends who have fully supported the Workshop since its creation 5 years ago!

Support us! And contribute  in order to make the Workshop possible! You will receive invitations, gifts, newsletters and surprises all year long!

Simply in order to be able to organize the Workshop again this year!

With 20K: the Workshop will exist thanks to you!

With 30K: we will be able to make the creation long-lasting. We will launch a tour for 2013/2014 in Lyon and Paris, we will reinforce our relationships with other music festivals and we will be able to launch even more emerging artists.

Help us to create this first 100 % participative edition.

The Workshop is a committed and cultural alternative. Support Us.

They support the Workshop.

Have a look at the rewards... you will find special gift boxes !

Be a friend of the Workshop, your name will be written on the “thank you wall” (painted or tagged) at the Quarry of Normandoux during the Workshop and you’ll also be able to see it via Facebook.

You will have a ticket for one of the 3 nights of concerts at the quarry and will receive the 2013 Infine compilation CD (you’ll be able to pick it up at the quarry). + reward at 1€

You will receive a little note from one of the artists on the official post card of the Workshop! + reward at 1€

You will receive a little note from one of the artists on the official post card of the Workshop! + You’ll be able to download the 2013 InFine compilation (10 tracks from the label) + reward at 1€

Get an album signed of your favorite artist ! + Download 2013 InFiné compilation composed (10 tracks from the label) + reward at 1€

Be a member of the collective Adhes’If! You will be one of the guests of the first backstage drinks at the Quarry, on Tuesday 27th of August with the artists (private event) + rewards at 1€ and 5€

Give your name to a cocktail or to a marshmallow served every night at the quarry at the cocktail bar. + rewards at 1€ and 5€

Receive the last 2 albums produced by InFiné + one t-shirt of the Workshop! + rewards at 1€ and 5€

You will receive all the prizes mentioned above.

You will receive the Pack + : 10 albums form the InFine label (including 2 vinyls) + 2 pass for two persons for the 3 nights of concerts (diner + drinks) + gift box design by our partners (1 ATH-CKL202 Audio Technica headphones + 24 bottles of Go On + Tyrell chips + 1 Goulibeur pie + goodies from Sailor Jerry). + rewards between 1€ and 30€

You will receive the pack ++ : 3 nights at the manor (from the 28th to the 30th) + spa treatment + 2 drinks at the restaurant + 2 all- access passes for 2 people for the 3 nights of concerts + one visit at the artists’ studio during their work sessions + a gift box designed by our partners (1 ATH-CKL202 Audio Technica headphones + 24 bottles of Go On + Tyrell crisps + 1 Goulibeur pie + goodies from Sailor Jerry) + all the prizesmentioned above. + rewards between 1€ and 60€

You will receive the pack +++ : 3 nights at the Manor du Normandoux (from the 28th to the 31th) + 1 spa treatment + 2 drinks at the restaurant + 2 all-access passes for 2 persons for the 3 nights of concerts + one visit at the artists’ studio during their work sessions + a gift box designed by our partners (1 ATH-CKL202 Audio Technica headphones + 48 bottles of Go On + Tyrell crisps + a Segway tour in Paris + 1 Goulibeur pie + goodies from Sailor Jerry) + all the prizes mentioned above. + rewards between 1€ and 60€

Be godfather of the Workshop! Your name will appear on all our marketing campaign materials + 3 nights at the manor in a double room (from the 28th to the 31th). You will be spoiled by the InFine team and you will receive the best gift box designed by our partners which includes 1 ATH-CKL202 Audio Technica headphones + 1 Lee shirt + 150 euros worth of giftvouchers at Sojean + 1 segway tour in Paris + 72 bottles of Go on + Tyrells crisps + 1 Goulibeur pie + a deck chair from Sailor Jerry.