Writing residency to write a book about my mother

Help me to become a writer 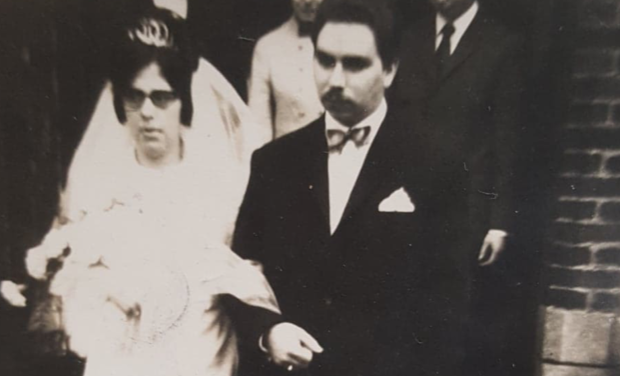 Writing residency to write a book about my mother

Her name was Monique Berthault.

My mother's name was Monique, she was French. Born in 1943, she studied nursing in the city of Tours, had met my father in 1969 by correspondence. The two, both used to hospitals, had begun to exchange letters, then met each other in person and then married. Perhaps the worst choice of her life. Very quickly, they began to adopt 1,2,3,4,5 children. Another bad choice because they had no money.

Yet it has been the project for me for 10 years  to write this book to try to find out who she was. I feel the need, however, to pay homage to a woman who has suffered most of her life, who I understand today as a mother, had a deep desire to do well but who unfortunately really failed. The wound she left in my life cannot be repaired. nonetheless, as a woman, mother and writer and, on the contrary of her, a survivor of this tragedy that binds us, it is my duty to find out who she was and to understand why. Why did all this happen? how has it been conditioned?

I would like to write a book that bears her name. I want to make it exist, I want to give it this existence that it did not have, through a book. because I think that like lots of women, she was the victim of a bad period for women like her, of humble origins with limited means of thought and action.

The book will be divided into four parts.

The story of a mother in France in the 40s, then in Belgium in the 60s and 70s before being a mother, based on documented research: in this part I try to draw an “objective” portrait of her before meeting my father and to move to Belgium, and then of her who becomes a mother.

The story of mother as mother in Belgium based on memories of people still alive: in this part I try to paint a portrait of her only through the memories of these people, putting my own aside.

My story is based on my childhood memories in the Central region.

A certain history of the Center region in the 80s and 90s (years from my childhood until his death).

The preparation of the book will take a lot of time because the research work will undoubtedly be substantial. I have to find people who are still living in France and Belgium.

This winter, I want to return to the region of le Centre for 3 weeks, to stay there and meet people who will tell me about her, to confront my memories and to document myself on the history of the region . Later i Will go to France and try to investigate her past.

I am looking for donators who find this project beautiful and want to help me achieve it. Everyone who knows me, my story and my writing encouraged me to write this book. When this will be finalized, it will be my first solo published work. I have been writing since i am a child and this project is the concretization of my existence as a being as well.