A band who attempt something totally original and particularly creative: a jazz tribute to the great Greek musician Yannis Konstantinidis. 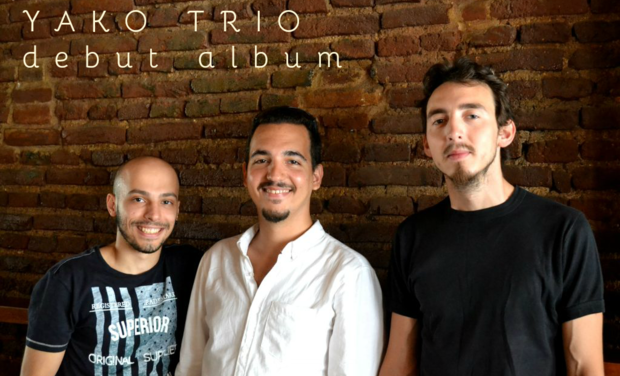 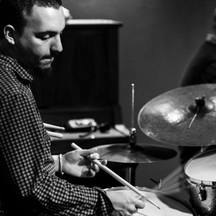 Yannis Konstantinidis as an erudite composer: he studied traditional music, mainly the period between 1935 and 1943, influenced by his home town, Izmir, and his stay in Germany. These experiences affected the development of his composing creation. His intention was to save the unregistered Greek traditional music material through the composing process. Greatly influenced by classical composers such us C. Debussy, M. Ravel and B.Bartok.

Yako Trio attempts to cover Konstantinidis traditional melodies and orchestrating them for jazz piano trio. The repertoire of the trio, in addition to his compositions, includes personal compositions of each musician. The sound of the band is deeply influenced by jazz, Greek folk music, classical, hiphop music as well as the personal musical experiences of each member.

Leandros Pasias born in Thessaloniki. At age 10 he began piano lessons with his teacher Tasos Mantzaris at the conservatory Musicworkshop. Also he took lessons with Jiannis Angelakis at the Modern Conservatory of Thessaloniki where he made classical harmony lessons and jazz harmony. At age 18 he continued his studies at the Conservatorium van Amsterdam in the department of jazz piano with professors Karel Boehlee, Rob van Bavel, Hans Vroomans and classical piano lessons with Gert-Jan Vermeulen. Among others, attended the workshop of the internationally renowned professor Arnold Dooyewerd. In Amsterdam took part in seminars with: Avishai Cohen Trio, Mike Clark, Dominique DiPiazza, Robin Eubanks, Panagiotis Andreou, Hilario Duran Trio, Enrico Pieranunzi, Dennis Mackrel, Miles Okazaki and Jeff Levenson. In September 2015 he released his first jazz album, ''It's Time to Go''.

Born in Thessaloniki in 1989 is active as a musician and composer already 10 years mostly in Greece but also in Rotterdam where he studied jazz doublebass at Codarts Academy. As a doublebass player he has dealed with a big variety of music styles and traditions as greek folk, balcan, east music, mediteranian, latin, jazz, free jazz and avant-garde being member in many bands of Thessaloniki's musical scene. He is also active as trumpet, french horn player, street musician and student of medicine.

Giorgos Klountzos-Chrysidis was born in Thessaloniki in 1991. He began his craft in 2001 at the Modern Conservatory of Thessaloniki under the guidance of Costas Pagonidis. In 2008, he moved to France in order to continue his studies at the Conservatory of Nice. During that time he participated to well-known festivals such as the Nice Jazz Festival, Nuits du Sud and others. In 2011 he entered the prestigious Regional Conservatory of Lyon. He founded his first jazz band, a tribute to saxophonist legend Hank Mobley. Mobley was one of the reasons he started his musical journey and has always been an inspiration to him. In 2013 he took part in the Jazz à Vienne Festival with the big band of his Conservatory. He had the chance to meet the American drummer Leon Parker, who encouraged him to move to Paris in order to follow private lessons with him during the next two years. In 2016 he traveled for the first time to New York. It was a defining moment of his career as he participated in saxophonist Diego Rivera’s Quartet for many representations in Detroit, Michigan. He had the opportunity to also work with infamous pianist Xavier Davis, who was playing as a guest. Throughout his stay in the United States, he attended lessons by Rodney Whitaker and Randy “Uncle G” Gelispie at Michigan’s State University. He had the occasion to work with musicians from Greece and elsewhere, like: Diego Rivera, Xavier Davis, Craig Bailey, Baptiste Herbin, Pierre Marcus, David Lynch, Ziad Rajab, to name a few.

Having made a series of concerts over the last year, we feel the need to record our first album with collaborations of important Greek and foreign artists that we will present to you in the near future.

That's why we decided to start the kisskissbankbank campaign so that we can realize our dream. More specifically, the total amount will be used to pay the guest musicians, the video editor and the sound engineer.

1) 1000 euros will be used to pay the guest musicians and their transports (train tickets, airplane tickets and hotels).

2) 500 euros will be used to pay the studio recording, the mix and mastering of the album.

Giorgos Klountzos Chrysidis will receive the funds on his bank account .

We are going to start recording on November 2017 and finish recordings on February 2018. After that, we have to mix and master the sound, make the cover sheet of the album and print copies. So the album will be released on summer 2018

We are grateful to all those who will support us and help us move the group a step further.

Feel free to ask us whatever you would like to know about the project.

Thanks a lot + your name will be publicly mentioned on our Facebook page !

Thanks a lot + your name will be publicly mentioned on our Facebook page+ digital version of the album !

Thanks a lot + your name will be publicly mentioned on our Facebook page+ physical version of the album !

Thanks a lot + your name will be publicly mentioned on our Facebook page+ physical version of the album+ picture signed by the group !

Thanks a lot + your name will be publicly mentioned on our Facebook page+ physical version of the album+ picture signed by the group + personalized video !

Thanks a lot + your name will be publicly mentioned on our Facebook page+ physical version of the album+ picture signed by the group + personalized video + a drink with us !