Supports this process of documentary that tells the story of Arnoldo Palacios, a colombian writer and impetuous world traveler. 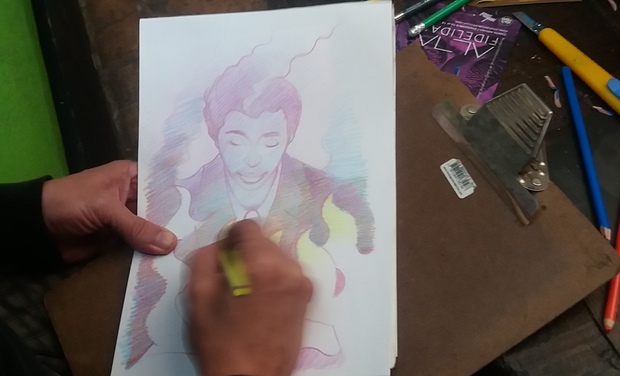 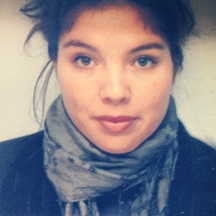 this project documentary began few years ago with Arnoldo Palacios to whom it is dedicated. Arnoldo Palacios was a Colombian writer who through his novels portrayed the people of his homeland denouncing the social conditions of black communities on the Pacific coast. He was born in 1924 and died last year in 2015 at the age of 91 years. Arnoldo was a character in itself that never stopped traveling despite suffering a contracted polio at age 2. He even act in an Italian movie erotica. He lived mainly between Colombia and France as well as in Warsaw and Rome. A the age of twelve France, I met Arnold at the launch of "searching  my mother of god", autobiographical work whose version was released in Castilian, in Colombia, in 2009. In the last years of his life, his work began to be recognized in the country coming to have the publication and republication of 4 of his literary works.

Arnoldo never sought privileges despite their ethnic, social or physical characteristics but quite the opposite. He was a friend of great defenders of human and civil rights and that is precisely what we will show in the documentary, through recordings I did with Arnoldo between Colombia and France and scenes from his life that we will recreate animations. I want to show the story of a loved one who never stopped doing what he wanted despite adversity.

This is the teaser of the documentary

Children playing on the River Atrato, in the Choco region that saw grow Arnoldo Palacios, photo taken by the director of the documentary.

Presentation of his book THE JUNGLE AND RAIN published in Colombia, October 2010.

jThursday May 27, 2010, Meeting with the author at the Library Virgilio Barco in Bogota

Drawing by cartoonist Marco Pinto, one of our cartoonists for animated scenes.

an Interview with Arnoldo Palacios in his house, Bogota, 2009.

Cértegui walk by mid-2010, in the village where Arnoldo Palacios was born.

The collection aims to help advance the documentary is in the process of realization. So thanks to the money that we raise through crowfunding, we go to certain places where we planned to go with Arnoldo Palacios, the central character of the film. To start, we will go to Choco much as Cértegui where Arnoldo is buried and where the study Quibdo. Also, we will go to Warsaw where Arnold lived 3 years in the 50's and where we wanted to go together to walk the streets he met first with Roman Polanski. This money raised also will help us to start the animation and will be an incentive for musicians friends begin to compose the soundtrack for the documentary. Finally, this also allows us to visualize the 15 hours of audio and audiovisual material recorded with Arnoldo. Thanks in advance for your support and hope you like the project and accompany us in this adventure.

Our thanks in the end credits of the documentary + 1 entry to the forum "cinema and Afro-Colombian identity" in Bogotá (Kino&Graph cine-club) or via streaming. Possibility in other places and other dates.