CHOUCHA: The camp symbolizes the issue of migration and integration in Tunisia, which has not yet adopted asylum legislation. 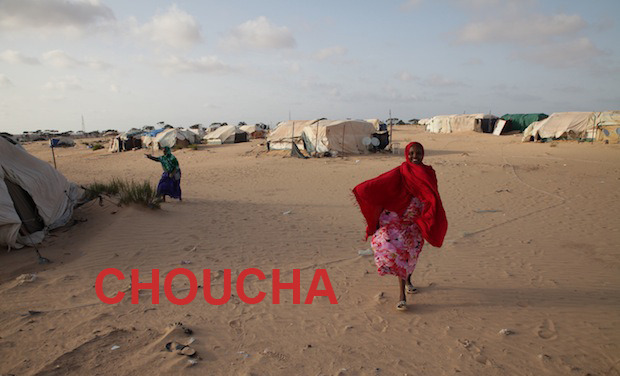 <p> CHOUCHA is a film project born out of a discussion between the Mauritanian journalist Djibril Diallo and the filmmaker Sophie Bachelier.</p> <p>  </p> <p> Djibril Diallo has lived and worked in Tunisia for a year.  He is an Arabic investigative journalist for Nawaat, which is the most read news site in Tunisia.  He has written several times on the camp CHOUCHA.</p> <p>  </p> <p> Sophie Bachelier just finished the film MBËKK Mi, the breath of the ocean, which received Special Mention for Best Documentary Feature of Jury Anna Politovskaïa in the Film Festival of Creteil Women in March 2013. The film is about illegal immigration in Senegal seen by those that have remained on the shore: the wives and mothers.</p> <p>  </p> <p> On June 30, 2013 the camp CHOUCHA closed without the resolution of more than 700 refugees records from a dozen nationalities. The majorities are sub-Saharan: symbolic sons of these women who express themselves in MBËKK Mi.</p> <p>  </p> <p> Forgotten by governments and international forums these refugees are part of the 20, 000 people who entered the camp CHOUCHA in 2011.  They were encouraged by the United Nations to take refuge there, less than 7 km from the Libyan border, following the bombing of Libya by NATO.</p> <p>  </p> <p> Most of their passports were expired after two and a half years in the expectation and hope to find a host country where their rights are respected. As some were political opponents, they could not use their consulates to protect them while others also could not return to their war stricken country.</p> <p>  </p> <p> They arrived in Tunisia as the country was undergoing a revolution and received the benefits of beautiful solidarity amongst the population.  Many were able to return to their</p> <p> Country of origin, others, about 3,500, were offered a host country.</p> <p> The others:</p> <p>  </p> <p> Those rejected by the UNHCR (The United Nations High Commissioner for Refugees), about 250, formed a neighborhood.  Those refugees without host, about 350, are waiting at the camp in solidarity with the former.  Nobody knows how long it will take- one month, three years, or ten years before a country will host them.</p> <p>  </p> <p> The closure of the camp, the withdrawal of UNHCR and humanitarian organizations such as the Tunisian Red Crescent, Islamic Relief, as well as the pressure from Europe who is camped in its policy of externalization of borders, push men, women and children to emigrate illegally by the sea in utterly inhuman conditions; this policy also encourages illegal smuggling networks.  Salafism, already well established in the region there, finds an open door to infiltrate, recruiting the weakest refugees and offering bread and water.</p> <p>  </p> <p> UNHCR officials say that closing the camp CHOUCHA is successful in the history of their annals and refuse to reopen the records of the rejected refugees, where some will have been subjected to large errors caused in the euphoria of the earlier chaos, as for example finding oneself with another nationality.</p> <p>  </p> <p> Six hundred recognized refugees without a host country refuse local integration proposed by UNHCR and the Tunisian government and instead stay at the camp without water, electricity or health care.  Some return to Libya despite the instability of the country and some take the sea to reach the Italian coast.  Some arrived in Lampedusa, others died in the Mediterranean; the survivors are back to square one.</p> <p>  </p> <p> The camp CHOUCHA epitomizes the problems of migration and integration in Tunisia, which has not yet adopted a law on asylum.</p> <p>  </p> <p> In the documentary CHOUCHA we hear the testimonies of victims of war and the survivors of the sea, who are struggling to find solutions to their tragic ending.</p>

<p> The funds will cover part of the cost of production: 2 tickets Paris-Tunis for one of the directors, hard drives, film equipment, local transportation costs, and accommodation costs for the two co-directors for the duration of 4 months.</p>