Co[labo]rations, it is artistically and culturally hybrid, both belgian and quebec. Thus, helps us by supporting the project ! 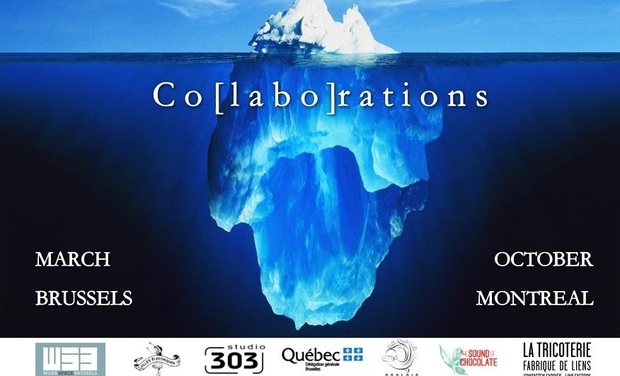 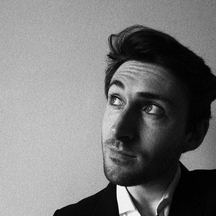 Ideas ? We have plenty of it ! You, me, him, her… and if we mix these ideas and these people, it gives still others creative ones ! Well, Co[labo]rations, that’s it : the meeting between 2 Belgian artists and 2 Quebec artists.  By belgo-quebecois pairs, they will collaborate to create 2 new performances !

Brussels and Montreal are ideals for this project. These are dynamic platforms that support artistic exploration, which allows hybridisation of artistic practices, and more importantly : open horizon of possibilities in order to remind that what is ‘art and culture’ can cover a range of varied practices et not only the ones that are usually highlighted.

As it is an interdisciplinary project, each artist has a different practice, which promises innovative results, but also intriguing ones ! Let’s present them !

With a simultaneous eye to the history of art and the culture of Pop she extends upon the precedents of feminism and digital culture only to foreground the spectacle as a D.I.Y. space of subversion and tool of empowerment.

Gosie Vervloessem observes and questions natural phenomena in a bid to understand their underlying function and eventually reconstruct them on a miniature scale.

She regularly experiments with the laws of physics, chemistry of biology for domestic purposes, which are in fact the basic recipe for all the presentations.

In 2010 Vervloessem began working under the name Domestic science club,  touring alone or with others and putting together lectures, performances, workshops, recipes and installations.

Léa is choreographer and performer in contemporary dance and physical theatre. Since the winter of 2012, she continues her artistic work in Montreal.  In collaboration with several artists and structures, she manages, co-directs, choreographes and dances in various interdisciplinary creative projects designed to and in the public space, interacting with people.

Through performances combining dance and other disciplines, she desired to cause reflections and critical discussions related to art and society, what unites us and what separates us.

In this way, she has worked with a trapeze artists, made electric or acoustic wind harps, built huts in the city and gives concerts. Stéphanie questions the place of humans in a mechanistic world by reclaiming places and materials.

In order to feed collaborations during the first residence, thematic of Immersion has been proposed. It can exist several types of immersions : sensory immersion; immersion of environment (being transported to another world via a story, or a different context); or a more material immersion (drop a solid material into liquid, which brings ideas of visible/invisible; appearance and disappearance of a movement, body or an object).

The immersion also raises questions with contemporary issues : through the colossal number of stimuli that we have to face every day, are not we invited or forced to be immersed in others worlds ? Therefore appears the plurality of possible worlds and the question of reality.

This thematic has also been an inspiration. In order to highlight creativity, larger than art, some creative partners are invited next to the project : Immersion by Virtual Reality, or through Multi-sensory tasting experience with wine or chocolate and music ! For those who love to discover, take a look to rewards ! More info below.

Step of the project

February 2017: a residence will happen at Workspacebrussels in order the 2 pairs could work together, and create a new performance each.

Beginning of March : fruit of their collaborations, 2 interdisciplinary performances will be presented in the beginning of march.

October 2017 : a second residency will happen  at  Studio 303 to let artists work again on their performances. Then, they will be presented inside of   Phénomena festival.

1) Workspace Brussels is a workspace based in Brussels for live arts in their most diverse forms. They support emerging artists through an intensive program of residencies, coproductions, coaching and research projects.

Besides residencies, a festival named “The Working Title Festival” happens twice a year, where you can discover some of the most intriguing projects.

Based in Montreal, Studio 303 supports live art, prioritizing the development of emerging practices in contemporary dance and interdisciplinary performance.

Serving as both an incubator and a catalyst, our organization has a unique structure combining creation/production, professional development, and presenting activities.

To extend the thematic of Immersion that had been proposed to the artists, some creative partners are invited in addition to the project :

The Sound of Chocolate is one of the winners of the Make Brussels 2016, which was launched to boost Brussels as a city of creativity. The concept is developed by the organization The Sound of Flavour, that is specialised in multi-sensory experiences.

"By inviting people to taste chocolate in combination with different songs, we want to make them aware on how their senses interact while enjoying food. What you hear, see and touch will influence your taste. With this unique multisensory journey, which is being co-designed between local chocolatiers, musicians and scientists, we wanted to create an original and authentic gift from Brussels."

The box proposed here is the result of a work with Leonidas chocolatier.

Based in Brussels, Poolpio  creates tailor made 360° videos and immersive contents. "We foresee and oversee all step of Virtual Reality film production all over Europe. We have offices in Brussels, Belgium and Valencia, Spain."

For Christmas, here is one of their creations (do not forget to click on the screen during the video in order to travel) :

The content can be watched through a headset for a better immersion !

La Tricoterie wants to be a "Link Factory": a meeting place where various disciplines and audiences can meet, in a spirit of exchange and emulation.

That is why their cultural programme (concerts, plays, exhibits ...) is combined with a "civic" programme (debates, conferences, intergenerational workshops, philosophy café ...). They also offer their spaces for rent for professional of private events.

The OFF party  will be in the Salon, one of the space from La Tricoterie.

My name is Quentin Palmaerts, and I lead this project as curator.

Curator is generally a term coming from visual art to refer to “exhibition makers”, but the notion also infiltrates performing arts.

I describe my role as curator through the etymology which means “to take care”. The goal is not only to supply technical resources to artists but set up meeting spaces in order to support creation.

The idea is to build this project as a organisation of links between artists, structures and audience. Therefore, the main role come back to the artists while several cultural actors are there as catalysts.

These ones allow me to find a balance which is important to me : firstly management, secondly, creative aspect where I have the liberty to suggest ideas and feed the project.

For this project of collaborations, several resources are already confirmed : residencies in Brussels and Montreal, accommodations in two cities, public presentations of the 2 new performances, etc.

1) In order to have a project with quality, it is necessary to  pay all artists. One part will also pay my work.

2) I also aim to support artists through an artistic coach. This one plays the role of external eye and thus will stimulate work of artists during residencies.

First, a HUGE THANK YOU !

-3.800 €: Allows to give an additional budget for scenography/materials for even more quality ! -4.000€ : Allows artists to see shows and performances in others places during their residencies. Great for networking !

THANK YOU ! + Your First name (+1 letter of name) on Co[labo]rations booklet and the Facebook page. /!\ : Flag indicates for which place the reward is. Here : Brussels & Montreal. When the reward is for Montreal,the amount is in dollar. Here : 5€/ 5$

Brussels : 1 Ticket for 2 performances in Brussels (Beginning of March) + 1 drink ticket + Rewards at 15€

Immerse yourself ! Our creative partner "The Sound of Chocolate" takes you on a journey between chocolate and music ! This box of chocolates is carefully accompanied by a personalized selection of music (CD). In parallel, a brochure explains the creative and scientific process of how they designed this multi-sensory experience. (More details in the presentation text) + Rewards at 15€

Artistic meeting in Brussels: During 2h, come to meet the artists and to know better them around a WORKSHOP ! Themes will be varied as each artist has a different practice: Contemporary dance in the public space / Sound research / Multimedia and digital practice / Performance & science. (End of February: date to be confirmed) + Rewards at 15 €

Brussels - To choose: In VIP, come and see a rehearsal of the artists OR receive extracts of the residency in exclusiveness before the presentation ! + 1 Ticket for 2 performances + 1 ticket drink + Rewards at 15 €

Brussels: Be the guest and come to share a privileged meal with the 4 artists and the curator (between end of february and beginning of March) + Extracts from the residency sent exclusively + 1 ticket for 2 performances + 1 drink ticket + Rewards at 15 € !

Collaborate with us and your logo will be showed as one of the project partners. Contact us fore more infos