Epilepsy can be terrifying, and mysterious, amongst others things. I'd like to introduce it to you, as seen from the inside. 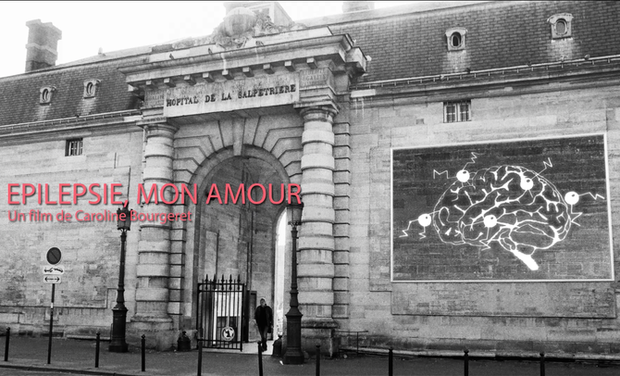 It is the diary of my epilepsy. I write "my", because there are several different forms of epilepsy. Some of them are harder to live with than mine, others are easier to cope with.

Between the ages of 11 and 28, my life was marked by violent seizures that would terrify my family and friends and puzzle doctors.

My voice will take the viewer through the different stages of my experience. He will turn into this 11-year old girl that had to face frightening machines, and endure people's pitiful and scared looks.

I will take him to the other side, to what I call 'behind the eyes', to see things machines will never be able to grasp. He will grow up with me as I gradually understand my mysterious condition. And finally name it: Epilepsy.

He will experience my seizures though images and sounds, all created by different artists (dancer, musician, photographer). We will travel back in time through the archives of Paris's Pitié Salpêtrière Hospital, which recount the violent methods used for centuries. These methods still linger in today's perception of the disease.

My 91-year old blind grandmother will be interspersing the film with reflections on life, darkness, fear... She will stand as Pythia, the oracle of Delphi, a strange prophetess answering my thoughts. There is a fine line between reality and perception that easily becomes blurry, and that makes it all the more interesting.

The genesis of the project

Epilepsy is little known, although it is one of the most common neurological diseases. For people suffering from epilepsy, life can become hell. A hell where what people think stands alongside the fear of new seizures and the helplessness of most doctors.

I feel lucky that I have found a way to live my life with epilepsy. That is why I want to share my experience, which I hope will help others struggling with this condition. Or at least contribute to a better understanding of it, of what it means to suffer from an epileptic seizure.

Artists contributing to the film

An epileptic seizure can resemble a dance, Lebanese choregrapher Alexandre Paulikevitch turns the inner life into a performance.

Photography is at the heart of the film. Lebanese photographer Caroline Tabet's vision of the world, bother inner and outer, meets with mine.

To be as free as possible while making this very personal film, we have decided to look for independent financing. I say 'we', since none of this would be possible without the amazingly talented people contributing to the project.

To see this film through to the end, we need 60,000 euros. We would like to ask you to help us raise up to 30,000 euros to be able to start filming as soon as possible. The sequences with my grandmother are to be shot first since, as she says herself she's 'not immune from life'.

This budget seems realistic, and will cover all the production costs thanks to a team of qualified people who agreed to work for little money. We will figure out in a second stage how to cover post-production costs. Hopefully with you help...

-5,000 euros for the decor set up for the grandmother sequences

-500 euros for the music rights

-8,500 euros for the salaries of the technical team (assistant director, DoP, cameraman, soundman)

-5,000 euros for the KissKissBankBank commission, taxes and the compensations