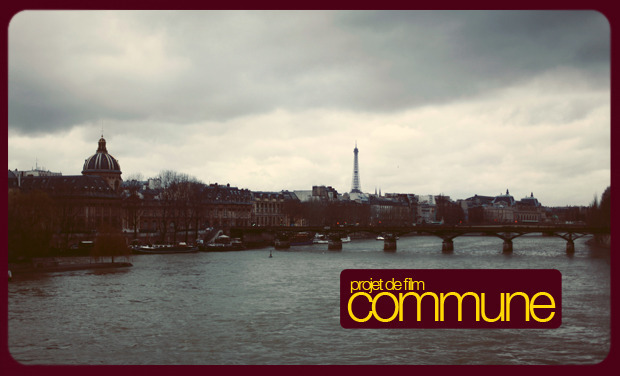 Letter to our Communards

<p> <strong>&nbsp; </strong></p> <p> How sweet it is to feel supported, either because we are friends, and we are lucky to have friends like you, or because you believe this project could lead somewhere, and your support really matters.</p> <p> &nbsp;</p> <p> Some crowdfunding campaigns have to fail in order to make it a thrilling challenge&hellip; Unluckily, ours didn&rsquo;t reach its goal.</p> <p> &nbsp;</p> <p> We were probably pretty bad at communicating or selling our project; we may also not have worked enough on our project&hellip; It&rsquo;ll be interesting to look into it later. On the heat of the moment, one tends to avoid certain points or to question everything.</p> <p> &nbsp;</p> <p> I rarely mention all the difficulties I stumble upon, censorship, loneliness&hellip; We may all go through the same intensity of violence, dull for those who give in, thunderous for those who resist. We never completely give in, we never totally resist, it&rsquo;s a matter of degree.</p> <p> &nbsp;</p> <p> In those times where conservative forces lock and neutralize things, I do think we need to make up an economic alternative, if we want to see and make a cinema of research, a cinema that questions, hesitates, mistakes and throws cobblestones we make roads and barricades with.</p> <p> &nbsp;</p> <p> We will not make the movie we thought we would. Now, we have to look what is within our reach, which breach we will be able to make our way. I have some leads. Some thrilling leads. I do need some times to think about it, to let it grow. There will be a movie named &ldquo;Commune&rdquo;. We will work harder to make it wilder, more challenging, stronger.</p> <p> &nbsp;</p> <p> I will talk to you soon over there.</p> <p> &nbsp;</p> <p> Claude</p> <p> &nbsp;</p> <p> PS. I note your names. You will be warmly thanked in the credits of this coming movie.</p> <p> &nbsp;</p>
Wednesday, April 16, 2014

Claude tells us more about the movie "Commune"

1st Challenge: "The Paris Commune? A spirit of Freedom!"