Support the ORANGE PORT and the AR'Z to discover the Japanese pop music and culture! 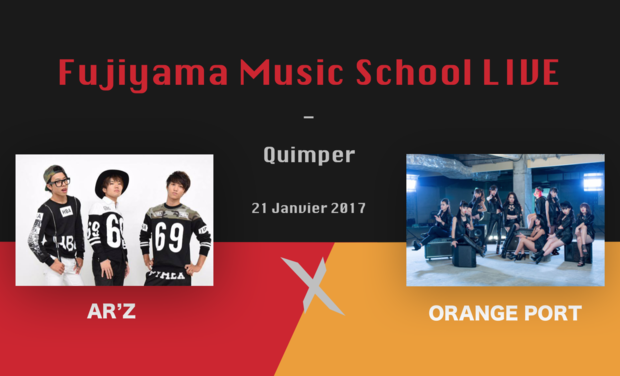 Each year the Ecole de Management Bretagne Atlantique (EMBA) based in Quimper, France organise an event to make people discover the Japanese culture.

This year, Mr.YANAGIMAN, a Japanese producer and composer would like to come to Brittany with some artists from the Fujiyama Music School (FMS). Under the spotlight this year : a

conference about the Musical Industry in Japan, a concert, meet & greet with singers and much much more.

Mr.YANAGIMAN, the ORANGE PORT and the AR’Z will be here through out the all event to make you like the Japanese pop culture.

Talented producer and composer, he worked with a lot of popular artists in Japan (like SMAP, Koda Kumi and Crystal Key) but also with international mainstream stars such as USHER and BoA. During his entire carrer, he worked with more than 250 artists. His passionated work was rewarded at many times.

He would love to share his passion and his vision about the musical industry in Japan during a conference at our event.

Orange Port is an idol group formed in August 2012 under the decision of Mr.YANAGIMAN during an audition of more than 130 girls trying to hit the charts. Actually made of seven members they became the ambassadors of the region of origin : Shizuoka and more precisely of their hometown Numazu all around Japan and overseas.

They’ve already been performing twice in Taiwan and three time the Japan Expo in Paris. In 2015 they joined the « Welcome to Japan Project » which group together idol bands wanted to promote Japanese culture and music throughout out the world.

Their next goal is to meet their European fans once again thanks to our event, please help them realise it via this crowdfunding.

AR’Z is a Japanese idol group created after a public audition in Jully 2012 in the city of Numazu.

But, they will really started off on the 23rd February 2013 with the release of their first single called « Touch the Sky ».

The AR’Z are participating regularly in diver lives and festivals in their region : the East part of the Shizuoka Prefecture. They’ve never been to Europe yet. Already having fans in Europe, they are really expecting to come to meet their fans.

Please support them and come discover catchy and trending music pieces! Their easygoing attitude will seduce you!

Support Halc, Reia and Takuya by giving them the opportunity to meet their fans and produce themselves for the first time in Europe!

This crowdfunding will allow us to pay :

If we get more money than what we planes, we will use it to investi into better music and concert equipment to give you the best show as we çan.

December : booking of the plane tickets for the coming of the artists, renting of the concert hall

December-January : intensification of our communication about the event at a local level (newspapers, flyers, radio station...) and on social medias