A century had passed and I look for the roads you took and the homes you inhabited. You were the survivors, you were my grandparents. 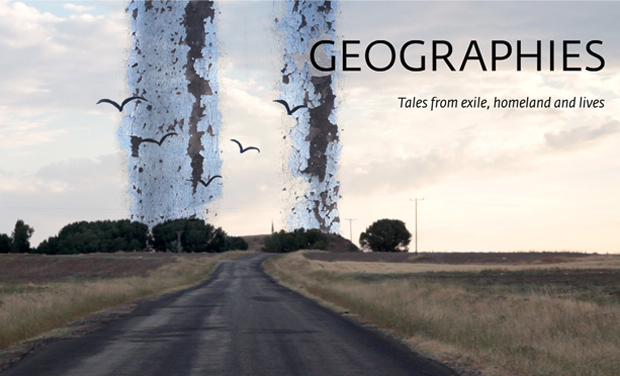 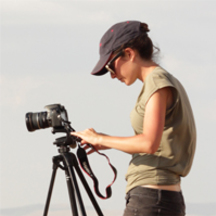 Nazareth was twelve years old, Lousaper still a newborn when the Armenian genocide was perpetrated in 1915. The film traces the paths of their solitary peregrination throughout exile;

from their village of Burunkişla to Beirut, as they passed by Karantina’s camp, Cairo, Saida's orphanage and Jbeil, before meeting again, years later, around a lunch table where they fell in love and decided to found a family.

« This story was told me over the years by the old people of my family. They remember Anatolia the great center plateau of Turkey and Asia (…) Anatolia was the ancient home of Greek and Armenian people. For five hundred hard years ago the land was overrun by the Turk. And from that day the Greeks and the Armenians lived here as minorities. The Greek subject people. The Armenian subject people. They wore the same clothes as the Turks (…) ate the same food, suffered the heat together,

Used the donkey for burdens and they looked up at the same mountain.

But with different feelings for in fact they were conqueror and conquered. » (…)

This journey through my family’s past started innocently four years ago, when I was watching Elia Kazan’s America, America, in La Piazza Maggiore de Bologna.

Hearing its preluding words made me remember confusedly bits of stories my aunt Zarminé had once told me about my two Armenian grandparents Lousaper and Nazareth.

Shortly after, I travelled back to Beirut and went to see her.

As she spoke out, my grand-mother’s soul rejuvenated and expended away from her old quadrangular apartment and reached out seas, roads, orphanages, streets and soils; while my grandfather stepped out from his black and white frame and murmured me stories of joy, sadness and struggle.

Nazareth shut his eyes at the age of fifty-seven carrying away with him the last visions of the « old country ».

It is extremely significant to me that the realization of the film occurs on centenary of the Armenian Genocide. I feel an urge and a challenge towards my grand parents, the Armenian community and History to represent through this documentary, the life of these anonymous individuals who shaped the landscapes of unrecorded history and who were finally the ones transmitting to us - the next generations - their strength and fears, habits and stories.

In this film I seek to hear and exhume, through the intimacy of my family’s path the mechanism of man in his struggles, failures and hopes throughout life.

For the past two years I have been gathering their stories and roaming around the places they lived in. And I realized that I was exploring an unknown past together with a new facet of the present time. Beirut, the city where I grew up and the different regions of Lebanon, Cairo and Turkey, hid under their common appearance a multitude of historical layers. By superposing these two times: the mythical time of narration to the contemporary landscapes, I aim to enlighten silent legacies and hidden layers of the socio-political present and to reach, through the intimate voice of the particular, the epic of human experience.

Turkey - the village of Burunkisla

Today, as most of the production is done and the image editing in an advanced stage,

I seek your support to complete the film.

Your help will allow me to:

Shoot in the last location of the film: Armenia

Cover the travel and staying expenses

Rent the shooting equipment and the production car

Cover the production costs of the sound recording in Lebanon

Cover the travel and staying expenses in Beirut

Rent the sound equipment and the production car

Rent a studio to record the original music

Cover the expenses of the color grading and the DCP

My grand parents had never been to Armenia, so why am I going there?

First, it is very important for me to be present in Yerevan during the commemoration of the centenary.

Second, Armenia still preserves a strong archaic and symbolic aspect and I wish to integrate these elements to my story.

There, I will be shooting in:

- The archeological site of Zoratz Karer.

- The national museum where the oldest shoe (some 5,500 years old) can be found.

- The natural landscapes of Meghri and its flourishing red flowers.

- The Mashtots institute of ancient manuscripts, where I will shoot an old miniature of Mount Ararat to complete the mountain series I was documenting in all the places I went to.

Up to now, people around me, some of them encounters, most of them friends offered me their time and energy. To complete this journey little is left and your support is precious and more than valued.

We'll send you a digital download of the film once it has finished the festival run plus the beautiful poster and post-card. And your name will appear in the closing credits

You’ll receive a signed DVD of the film. The post-card and poster of the film will be posted to your mailbox together with our endless gratitude, and your name will appear in the closing credits.

You’ll receive the printed BOOK of the original TALES. A signed DVD, the post-card and the poster and your name will appear in the closing credits

For 500 you will receive a printed PHOTOGRAPH from the series « Poèmes de Partance » (shot on location in Turkey and Armenia), the printed BOOK of the original Tales, the post-card and the poster, and your name will appear in the closing credit

You’ll receive an invitation to the private screening of the film, a printed photograph from the series « Poèmes de Partance », the special printed book of the Tales, the DVD, the post-card and poster, and finally your name will appear in the credits as a special sponsor!