Two-part documentary on the powerful forces of religion and archaeology both caught up in the war in Syria. 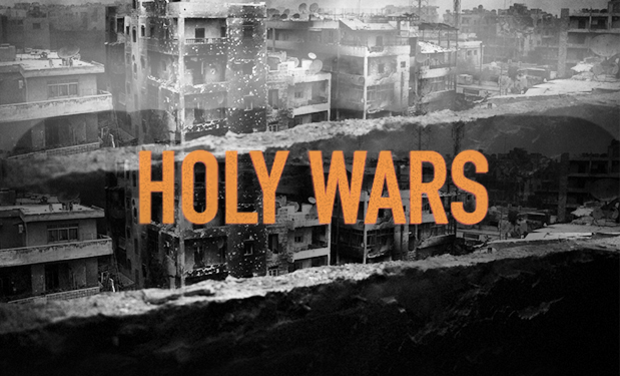 The first part of the project is to collect testimonies from Sunni, Alawite, Christian and Druze. An exchange of views will be initiated on what used to be the consensus of these people before the Civil War, and what they might expect in the future whatever the outcome of the conflict may be.

The second part of the film will focus more specifically on the Syriac Christians who speak Aramaic, inhabitants of Maaloula and Seidnaya, two ancient villages north of Damascus that fell at the hands of the rebels early September 2013 and were subsequently retaken by the SAA.

The third part of the film will focus on the plight of the Kurds, a people with no recognized territory, straddling between four countries, struggling for national independence and the creation of a common country, despite the cultural differences that separate the various branches of the people. Also discussed will be the Kurdish Yazidi religion and culture, encompassing nearly one million followers, direct descendants of Zoroastrianism, whose sacred grounds are found at the city of Lalish (north of Mosul)  and whose calendar is 4750 years ahead of the Christian calendar.

Minaret of the great Mosque of Aleppo ( XIIe) - before destruction

The second part of the documentary will focus specifically on the archaeological sites either destroyed or endangered by the war: the bombing of the Krak des Chevaliers, of the Citadel and the souk of Aleppo, the destruction of the twelfth century minaret of the Umayyad Mosque, the looting and shelling of the cities of Al-Hasakah, As-Suwayda, Idlib, Damascus, Daraa, Deir ez Zoor.

Several important museums were also pillaged (Dura Europos), and many sites are being subjected to illegal excavations by organized groups (Ebla, Dura Europos, the Valley of the Tombs of Palmyra).  Byzantine cities are also dismantled stone by stone (Al-Bara). In Apamea, aerial photographs show illicit diggings around the great Roman colonnade.

The film will also focus on the destiny of the only island of Syria, Arwad, historically the final post of the crusaders, and on the strategic use of Syrian millennium archaeological heritage by both of the war's belligerents. In Syria, historical heritage is being eradicated, as has already happened in Iraq and many other countries of the Middle East during periods of unrest. Because of their position, strategic sites remain the same throughout history (Citadel of Aleppo, Krak des Chevaliers), and today's wars are taking place on the battlefields of the past, sparing nothing of their valuable testimony of time.

Temple of Bel in Palmyra ( shelled )

Music & Sound: Romain Poirier, musician and author of the soundtrack of the film Nessuno.

The funding will pay for travel to Syria via Lebanon, accommodation and food for the team as well as pay for guides and drivers on site.