Help us finance the collection of 875.000 signatures FAST so we can make basic income the hottest political topic in Europe. 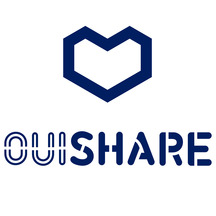 PREVIOUS REWARDS + a PUBLIC MENTION in a post from our @basicincomeEU Twitter account and our ECI.BasicIncome Facebook page, thanking you personally. If you just want to donate and don't want any spotlight in our social media: don't worry. Before publishing social media shout-outs, we will contact all supporters, you'll be able to let us know if you don't want to be mentioned.

PREVIOUS REWARDS + a set of printed paper STICKERS with your desired slogan, mailed out to your physical address.

PREVIOUS REWARDS + a 5-pack of 32mm BUTTONS with the ECI-UBI logo on it + inclusion of your profile picture on a "thank you" FACEBOOK COVER on facebook.com/ECI.BasicIncome, for three months, if desired.

PREVIOUS REWARDS + a premium, 100% cotton T-SHIRT in your size, with the ECI-UBI logo on it + a personalized POSTCARD mailed out to your physical address, with a thank you message signed by the organizers of the Initiative + DIGITAL E-BOOK "The Precariat: The New Dangerous Class", personally e-mailed to you by the author, DR. GUY STANDING who is also a well-known basic income advocate.

PREVIOUS REWARDS + personalized DEDICATION WEB PAGE on our website www.basicincome2013.eu with your name, your image, your links and a custom text you want (if such publication is desired) + the PRINTED BOOK "The Precariat: The New Dangerous Class", personally signed by the author, dr. GUY STANDING who is also a well-known basic income advocate.