I am not my Color

Support us in the realization of a unique touring performance project combining choreographic research and sociological investigation! 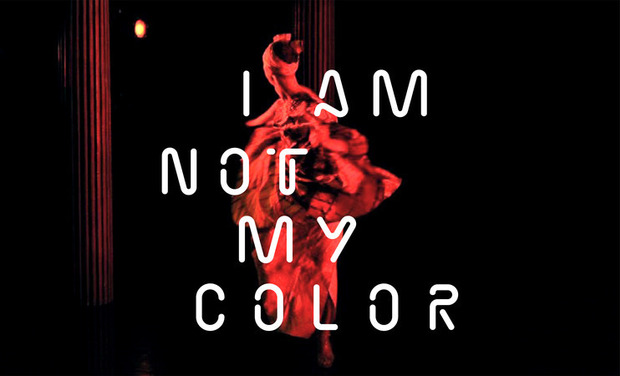 I am not my Color

“I am not my Color” is a choreographic project directed by Matthieu Nieto through the movement-based company Mouvements Migrateurs. Upon our selection to present this solo at the Detours Festival 2014 in Johannesburg (South Africa) and our invitation to the East African Nights of Tolerance in Kigali (Rwanda), we decided to extend the project in order to present the performance and workshops in different cities of the world. Due to personal connection or cultural interest, the following cities have been selected for the 2014 tour: Johannesburg, New York, New Orleans, Mexico City, Paris, Kigali and finally Toulouse. “I am not my Color" is the choreographer’s personal observation that we wish to share through these trips, performances and workshops. Without giving any particular answer, we rather provide a space to encounter and reflect on the theme of cultural heritage and our relationship to our skin color.

The play of light and shadows,

Body and spirit express each other in turn,

Becoming either a black woman or a white man.

On the basis of this duality, a new palette of color can be opened to the eyes of the audience, from symbolic colors, imagined colors to objective and fantasized colors.

“I am not my Color” borrows dance and customs from Malian folklore, creating a quirky multicultural world. Theatricality plays an important role in the idea of exploring a contemporary form of Kotéba (popular street style of performance in West Africa), keeping its characteristic spirit of irony which allows it to address social issues. In this piece, the adoption of clothing, linguistic and corporal elements from Mali allows the choreographer to put together what could be considered a contradiction: a white body imprinted with a black culture.

Alternately funny, provocative, light or sensitive, it is above all an invitation to the unknown, an alternative to the way you consider your skin color and what it represents.

This project comes from the relocation of its choreographer, Matthieu Nieto, to the land of Mali. He lived in Bamako from 2006 to 2008, training in both Mandinka dances with a traditional Malian company, and in contemporary dance at Kettly Noel’s dance center, “Donko Seko”. This whole experience structured permanently the choreographic journey of Matthieu, leading him to question his relationship to his Malian identity through this solo a few years later.

Drawing from his experiences of intercultural relationships encountered in Mali but also in Senegal, Benin, France, South Africa, Mozambique and the United States, Matthieu decided to explore the influence of skin color in relation to others and the stigma it creates. As an act of transgression against cultural norms, he immersed himself in different black cultures for years and then explored the dual cultural heritage that his skin doesn't show.

He wishes to pay tribute to all those Malian and African women who acted as role models, and who played an important part in the construction of his artistic and cultural identity. The dress and heels then express his unspoken fantasy of embodying for a moment the grace and beauty of those Malian griots seen in Paris, Toulouse or Bamako. The choreographer, having gradually pealed back the layers of his integration to the Malian culture, lays himself bare to show what remains beneath his skin.

This solo has received support from the College of the Arts in Windhoek (Namibia) through a three week residency in November 2012. It was presented at the Theatre School in Windhoek, at Dance New Amsterdam in New York City and at Launch Pad in Brooklyn.

Because the path of Matthieu is only one among many others, we decided to organize a series of workshops in parallel with the show, in various cultural communities in the world. Through movement, choreographic tools, images and text, we wish to invite different people to explore the influence of cultural factors in their physical and symbolic makeup. "I am not my Color" is then a starting point around which we can position ourselves and can create as many different answers as there are personal stories.

Participants will be guided in the composition of a solo integrating corporal, verbal and/or written elements about their intercultural experience. Each workshop will generate a video production in collaboration with a local videographer and under the artistic eye of Matthieu Nieto. We imagine these short films as a testimony in movement from multiple voices and bodies on these issues of cultural identities.

-Participation in the Festival Detours-Wits Theatre Johannesburg: May 16 and 17

Negotiations are currently underway with cultural partners in each of these cities to collaborate on this project. Therefore some of these dates are still approximate.

If you are a cultural organization in one of these cities or elsewhere and you are interested in this project, do not hesitate to contact us!

Mouvements Migrateurs, based in Toulouse, France, is a platform for cultural and artistic events, where travel and movement are in a dialogue around intercultural issues. Behind this company project, there is a core of motivated individuals formed by Sara Fougères (president), Téo Nguyen (graphic artist), Mélanie Cuaboz and Elsa Pujol.  By using their personal talents, they all contribute to the existence of Mouvements Migrateurs.

Born in Toulouse and raised in Ariège, Matthieu was soon infused with a taste for adventure, and his passion for dance and cultures of the world pushed him onto a migratory path. He trained in both African dance and contemporary dance from Bamako to Paris, and from Dakar to New York. Through his work with the company, he is developing his creative work, keeping in mind the political dimensions of his art.

By participating in the financing of the project "I am not my Color," you will support a young cultural initiative and allow the company Mouvements Migrateurs to realize their first major project: an international tour with a multifaceted artistic proposal (solo performance, workshops, video production).

Our presence on Kiss Kiss Bank Bank is motivated by a desire to share our artistic vision. Indeed Mouvements Migrateurs designs its projects as a vehicle for social and cultural links. We wish to involve you in this adventure by giving you the opportunity to follow the artistic process and take part in the activities of the company. Through our Facebook page, we encouraged you to participate in an interactive space where you are invited to submit your questions and reflections about the project or to share your personal experiences. This project on Kiss Kiss Bank Bank will give visibility to our actions and research, and may awake the curiosity and interest of new programmers or partners.

The media generated through this project will question you and question us on the issues of cultural identity and “otherness.” In addition to the workshops, we will encourage reflection on the themes of interculturality, tolerance and racism through the viewing of these short films and panel discussions. We will carry out projects of awakening and cultural education in partnership with schools, community projects or associations.

By funding us, you support the creation of a set of tools which provide an alternative perspective on these issues and thus contribute to social awareness!

* 250 euros to organize the official launch of our company in Toulouse.

These 4000 euros represent the minimum production cost. The bulk of the project remains largely self-financed.