Participate along with publishers LE BEC EN L’AIR in the publication of my book THE ABSENTEES. We need YOU to complete this project! THANK YOU 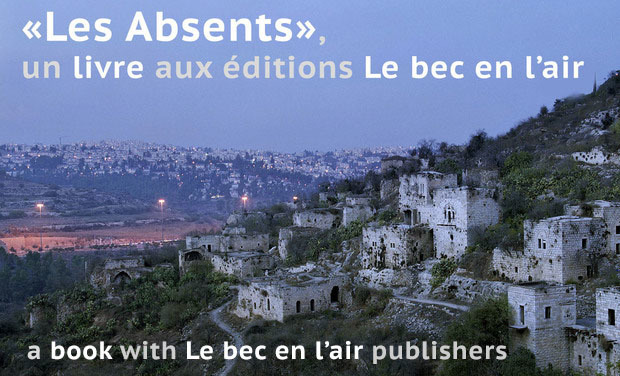 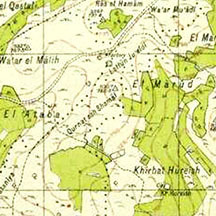 THE ABSENTEES, a photographic project  about the memory of a conflict.

These photographs show the remains of Arab villages  which were depopulated during the first Arab-Israeli war. In 1948, the creation of the State of Israel triggered this conflict which caused the exodus of approximately 700,000 Palestinians to neighboring countries. Afterwards, the refugees were not allowed to return to their homes. Today, the number of Palestinian refugees and their descendants is estimated to be 5 million, many of whom are still living in the original refugee camps. Their claim to the right to return has always been a major point of contention between Palestinians and Israelis.

For over three years, I searched for and photographed the remains or traces of the some of the roughly 500 villages which were depopulated and sometimes destroyed during the 1948 war.

These photographs are a journey through the past, a testimony to a key moment in the history of the region, the consequences of which are at the heart of our daily news.

Recording on film traces of Palestinian memory was my way of showing and explaining the 1948 exodus . After many exhibitions, which are necessarily ephemeral, the publication of the book THE ABSENTEES will testify in an other way and help this memory live on.

Thanks to your participation, the project THE ABSENTEES, which has taken up much of my time and energy in recent years, will finally be able to exist in a sustainable way through this book .

Elias Sanbar wrote a piece for this book. This exceptional writer is the author of numerous novels and essays including The absentees property, Actes Sud, 2001. Elias Sanbar is UNESCO's Palestinian Ambassador.

TO ACHIEVE THIS BOOK, I NEED YOU ALL

This crowdfunding will enable this book to be completed with LE BEC EN L'AIR.

The budget for the book THE ABSENTEES is 16,000 euros.

LE BEC EN L'AIR publishers will provide half of all production costs: translation in English, graphic design and reproduction. The  8000 euros I may get through you will fund book printing and scanning images.

• The dummy, with graphic design by Fabien Vidotto, will be presented in June 2016.

• The book LES ABSENTS will be published in September 2016.

A postcard of the project and an invitation to the book launch in either Toulouse, Paris or elsewhere + a big thank you !

A copy of the book « LES ABSENTS »