A cinematic experience based on senses, memory, self-confrontation, through the notions of space and time. 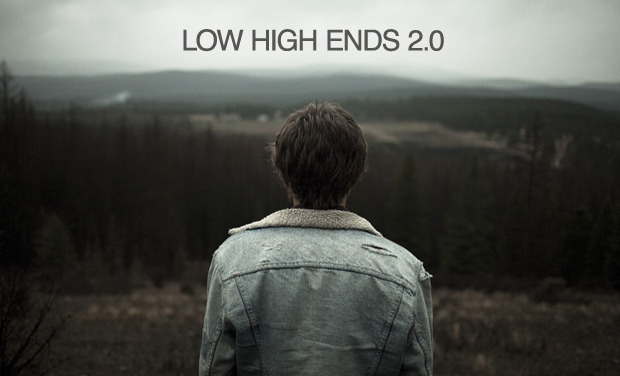 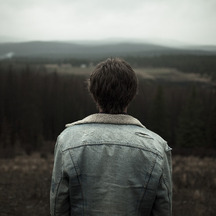 The basis of the documentary is rooted on a simple concept. Depicting ghosts towns through a specific road crossing the western part of the United States of America. Beyond these cities, a peculiar attention will be shown by searching and encountering the local population, those who decided to stay there, in an old fashioned style, facing a continuous renewal time lapse.

The movie is about drawing a portrait of the local individuals met on the road and inside the chosen cities. This will be done through a simple process that will be repeated as a formal process throughout the documentary, but let's keep a dash of suspense and tell you later about it...  Who are those people? What keeps them here ? This documentary is a will to report, an attempt to understand the motivation of the dwellers through their testimony revealing their own time and space interpretation.

We will focus on characters such as the roads, the time and space dimension, the self projection of fantasize pictures, the human memory. The latter being a key element on the self construction, the identity we are building, cultivating and doing our best to pass it on as a legacy repeating the continuous circle of life.

"The individual has always had to struggle to keep from being overwhelmed by the tribe. If you try it, you will be lonely often, and sometimes frightened. But no price is too high to pay for the privilege of owning yourself." – Friedrich Nietzsche.

II. WHY THIS PROJECT ?

To be modern is to find ourselves in an environment that promises us adventure, power, joy, transformation of ourselves and the world, and at the same time that threatens to destroy everything we have, everything we know, everything we are. – Marshal Berman, All That Is Solid Melts Into Air. (ed.Penguin, 1988 rev ed.)

This quote by Marshal Berman strikes the key note and stands for our main inspiration for the original process of our concept. Willingly stepping out of the comfort zone is one step closer towards the ability and the will to find what's worth to be found.  The project also stands for a quest, led by two individuals gathered by the idea of a survey build on the remains of a past that doesn't belong to them and only exists through the projected and reflected images they have.

This documentary is based on experimentation and encounters, sense and sensibility, highlighting the tight relations between sounds, visual images, time lapses and geographical spaces.

Those places were carefullly chosen for their importance on a wider scale and their symbolism. They created a new undefined space and temporality dimension where the fading frontiers of our perception, juxtaposed on our loop alike quest, come into echo with some universal oriented consideration of our time. We will meet these people and will confront these materials and symbols, the idea of « death » or « end » often coined by these ghost towns.

« It’s Like Wild West, the Internet. There are no rules ». Steven Wright.

The (2.0) is standing for a filmic structuration. We will report the travel dimension with the same approach as one is travelling through remembrance and souvenirs. Similar to nowadays research on the worldwide web, embodied on a stream of informations, leading sometimes far away from the original request. Might be subtle, might be absurd, for better or for worse we want to hilghlight the correlative link between all those random informations.

As far as travelling and encoutering are concerned, Caroline and Mathieu are everything but novices.  He's a confirmed backpacker with self sufficiency experience abroad and she's often relating on her own instinct as a working process, poking the unknown with the accurate distance, casting a sound  and apposite point of view on the subject. A peculiar sharp view combining the complemantary eyes of our two protagonists is being proposed by directing a movie / a series of web documentaries.

« In the 19th century, humanity has settled its accounts with space, the issue of the 20th century is the coexistence of time ». – Chris Marker in Sans Soleil.

We plan to make a 52 minutes documentary film (TV format). 16/9. HD. In addition, this project focused on western american explorations could evolve as a web series. We truly believe that it will bring beautiful testimonies of experiences which may interest all kind of passionate travellers and backpackers. But no cliché. There is obviously several levels of reading through this project, depending on the shape and final length. We want to promote a dynamic reading around this project. According to the money raised on this campaign, depending on how the project will grow, there's high chance that this first travel gives birth to a second or even a third one, in the wake of the original first trip. With the concept of repetition over the road, stopping at the same places, observing the changes, sometimes witnessing the same protagonists from the first adventure and incorporating the evolutions of our afterthoughts.

Here is the detailed map in words and images.

To take over a territory and its space, we must go through and travel. We have established a route through four different southwestern states : California, Nevada, Utah, Arizona. This loop alike trop will lead us to on the path of the West American spririt. Natural Parks adorned with mountains, deserted roads or large wilderness representing the space in which we evolve, with the main objective of exploring the ghost towns marked on our map, including the following non-exhaustive list :

A departure to America is planned for the beginning of April 2014 from Paris to Los Angeles or San Francisco, California. We expect a minimum of six weeks over there, in order to get enough time to finish the whole route, with a considerable margin of freedom to stick with our philosophy and guidelines.

The amount collected here will be part of an overall financing plan valued at 67 000 €. The 6 500 € we hope to collect thanks to your kind help will be primarily used to fund various expenses linked with the shooting :

The team is also actively involved in funding the shooting . We put our equipment available (cameras Canon 5D Mark III + various lenses + accessories). We also need to get additional microphones to capture the ambiances and atmospheres of the different places.

If the collect goes beyond our minimum target of 6 500 €, we could ensure better production and post-production of the film.

From 2 000 € extra : we can rent extra equipment to improve the shooting conditions.

From 5 000 € extra : we will rent a studio for the mix with a sound engineer as well as editing a larger number of DVD and photo albums in comparison with the quantities originally planned.

For more than 10 000 € extra : we could take care of the film with much more better conditions throughout the different stages of its development (eg. creation of movie posters, organization of several screenings in Belgium, France and other cinemas abroad, a special Blu-ray édition of the film and so on);

+ we could reach some professionnal musicians to create the original soundtracks and record it in a studio.

along many other promises...

NOTA BENE : if you encounter some trouble for the payment you can also use paypal and we'll transfer the amount on the project. Apparently it happens rarely, but it does happen. Here is Mathieu's paypal account : mathieu.lelay@gmail.com. THANKS!

Merci! + a postcard sent during the shooting in the US or from here (then taken from 1 of our pictures)

Merci! + a set of 5 postcards taken from the film + privileged access to the ftp where we'll upload some photos and stories directly during the shooting (depending on the wifi access points).

Previous rewards + your name in the credits

You are invited to the Premiere of the film (Paris or Brussels) (transport fee not included). If you are living too far, we propose you a unique 30 min Skype meeting with the crew + DVD of the film + 13x18 signed and numbered photo + your name in the credits

Cosigned photo album in limited edition with, for each selected picture, the exact location of its shooting (longitude / latitude) and a story associated with the film + DVD of the film + your name in the credits + an invitation to the Premiere (Paris or Brussels) (transport fee not included)

You become a partner : mention of your name, company name or brand as official partner in the credits + 30x45 photo print of your choice + cosigned photo album + DVD of the film + an invitation to the Premiere (Paris or Brussels) (transport fee not included)