Support the release of the new album by Vladimir Nikolov and Srdjan Ivanovic: Frame and Curiosity by the Nikolov-Ivanovic Undectet 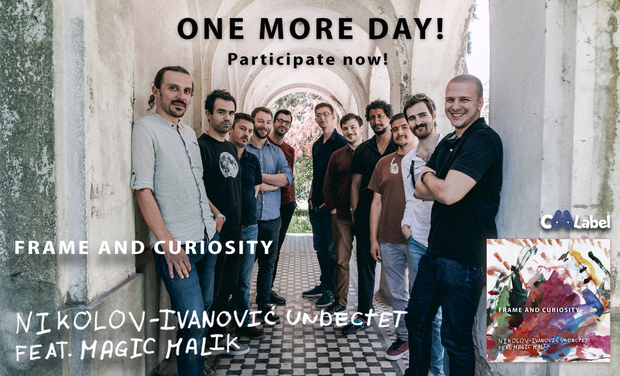 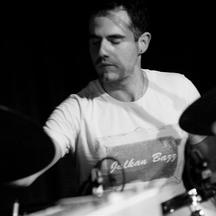 JazzTimes and Downbeat about the Undectet and Frame and Curiosity

<p>Hey all, thank you so much for supporting our project, we are infinitely grateful and can't wait to send you the music!!</p> <p>We got some superlative reviews of our performance at the @Belgrade Jazz Festival and of the music on our album that you have supported, Frame and Curiosity. Check them out here below and in these final 2 days, make some noise, let people around you, who would appreciate this music, know and that way support the music in direct, to make it possible for us to make it. :)</p> <p>JazzTimes, by Thomas Conrad&nbsp;<a href="https://jazztimes.com/reviews/live/live-review-2019-belgrade-jazz-festival/">https://jazztimes.com/reviews/live/live-review-2019-belgrade-jazz-festival/</a></p> <p><em>"Next, the Serbian bands: One was very good and one was groundbreaking. The Rastko Obradović Quartet played music so clean and poetic it deserves to be recorded by ECM. The Nikolov-Ivanović Undectet, a 12-piece ensemble, played arrangements by pianist Vladimir Nikolov, the subtle touches of color and texture in his charts reminiscent of Gil Evans and Maria Schneider. Like them, Nikolov is inspired by the stirring sonorities of French horn, tuba, and accordion. But he blends Balkan metrical and tonal elements into his mix, and they introduce their own exotic aura. The Undectet has a new album, their second,&nbsp;Frame and Curiosity. This project should claim a place for Serbia among the most creative current large jazz ensembles in Europe."</em></p> <p>Downbeat, by Suzanne Lorge&nbsp;<a href="http://downbeat.com/news/detail/belgrade-festival-showcases-musical-diversity">http://downbeat.com/news/detail/belgrade-festival-showcases-musical-diversity</a></p> <p><em>"A prime example was the Nikolov-Ivanović Undectet, the 11-piece ensemble that opened the festival. Drawing inspiration from American legends like Stan Kenton, pianist Vladimir Nikolov and drummer Srđan Ivanović co-led a pan-European group of improvising musicians in 10 rhythmically complex, harmonically evocative compositions, all impeccably arranged. In these, they might reference Balkan tunes, rock, hip-hop, classical music or traditional jazz—without settling on any one thing.</em></p> <p><em>“I don’t identify as one type of musician, even though I work as a jazz musician,” Ivanović explained during a panel discussion on trends in Serbian jazz on the third day of the festival. “My music reflects this.”</em></p>
Thursday, November 07, 2019

<p>Hey all, thank you so much for supporting, we really appreaciate it! Only 3 days to go (Sunday November 10th 23h59 is the deadline!) and we still have a way to go! Let your friends know, buying a CD or a download&nbsp;in advance should be a win win for everyone :)&nbsp;</p> <p>To get an idea of the music, here's a video from our last concert on October 22nd at the Belgrade Jazz Festival, playing "Anonymous" a tune from the new album! Enjoy!</p> <iframe allowfullscreen="true" frameborder="0" height="304" src="//cdn.embedly.com/widgets/media.html?src=https%3A%2F%2Fwww.youtube.com%2Fembed%2FGa_7a_ezI8Y%3Fwmode%3Dopaque%26feature%3Doembed&amp;wmode=opaque&amp;url=https%3A%2F%2Fwww.youtube.com%2Fwatch%3Fv%3DGa_7a_ezI8Y&amp;image=https%3A%2F%2Fi.ytimg.com%2Fvi%2FGa_7a_ezI8Y%2Fhqdefault.jpg&amp;key=8b7d8dd6504d41af9a77662672aabc2a&amp;type=text%2Fhtml&amp;schema=youtube" width="540"></iframe>
Wednesday, October 30, 2019

<p>Check out the <a href="https://youtu.be/zPRXAGKjegM" target="_blank">video</a> we just released of a part of the song Anonymous, presenting the band members (funny song title for that purpose ...)&nbsp;</p> <p>Thank you to all that participated so far! Looking forward to sending you the rewards, as soon as the campaign is over and successful! (fingers crossed)</p> <iframe allowfullscreen="true" frameborder="0" height="304" src="//cdn.embedly.com/widgets/media.html?src=https%3A%2F%2Fwww.youtube.com%2Fembed%2FzPRXAGKjegM%3Fwmode%3Dopaque%26feature%3Doembed&amp;wmode=opaque&amp;url=https%3A%2F%2Fwww.youtube.com%2Fwatch%3Fv%3DzPRXAGKjegM&amp;image=https%3A%2F%2Fi.ytimg.com%2Fvi%2FzPRXAGKjegM%2Fhqdefault.jpg&amp;key=cb39d84f05d8439bbe96012f078e02b0&amp;type=text%2Fhtml&amp;schema=youtube" width="540"></iframe>