Finance the post-production of the film OCCUPY THE POOL, thanks to you, this will allow it to see the light of day. 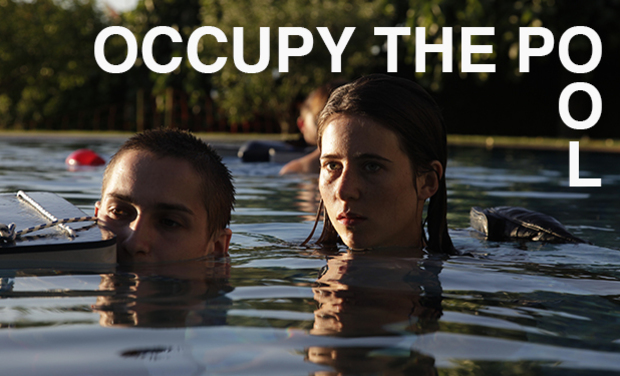 Participate in the making of this feature film in its post-production phase.

Imagined as an immersion and a perambulation within a group, the film is committed to describe the micro relationships that weave between the characters, the way they live together, in order to draw the contours of a generation in pursuit of a collective narrative.

Born between 1983 and 1991, all the non professional actors of this film were being followed by director, Kim Seob Boninsegni since 2010. Some of them participated in shows and choreographies that Kim had made before. OCCUPY THE POOL is a film about how young people live together, how they party and share intimate moments on a daily basis. These relationships based on friendship and trust between the actors and the director are what made the film possible. It allowed the full potential of the performances.

Profil of the crew

Mixing actors from the realms of the contemporary art scene and cinema, the crew from OCCUPY THE POOL gathered people with proven skills such as, Gabriel Lobos, Christian Mathis, Guillaume Hurmic, Barab Haidra and allowed them to work with a younger generation coming, for the most part, from the contemporary art scene (Manon Vila, Dorine Aguerre). Working with all these different profils allowed a great potential for the making of this film.

Before studying visual arts, Kim Seob Boninsegni had been a student of cinema in Geneva. This allowed him to embrace a large field of creation. Putting all his experience gathered from the making of exhibitions, performance shows, writing, teaching and the relationships he developed with the actors allowed him tho make this film.

“ Positioning itself on the borderlines of cinema, OCCUPY THE POOL is a weird project that began in 2013. Made as a fiction, but with nonprofessional actors, the film was thought, like a structure allowing the camera to glide and follow moments that were scripted beforehand. It is about an experience of a group of people, which their only occupation seems to be finding the next party to go to. “

OFFSHORE is a small production structure interested by the borderlines of cinema. It gathers both people from the contemporary art scene and cinema.

Technical sheet of the film and the crew

Responsable of the post-production : Yvan Alvarez

Conception of the poster : Dan Solbach

The film is almost finished: editing is in its final phase, sound mixing, colour grading and the translation (English subtitles) are the remaining essential steps. Your help is greatly needed and much appreciated so that the film can see the light of day by the summer of 2015.

Without your help, we cannot guarantee its completion ! OCCUPY THE POOL is so close to being completed, but we really need a little financial help to get it done as we envisioned it from the beginning. Keeping the cinematographic quality to the highest standards.

All it remains is its post-production ! Editing was completed last summer. Colour grading and sound mixing are the next steps. We are also already considering some international festivals where we could present the film. Its completion is due next summer (2015) and your help might guarantee the future of this film and its release !

In case the money we are able to gather exceeds our expectations, it will be used to guarantee its distribution in international festivals and the advertisement of the project.

Portait of Kim Seob Boninsegni made by David Amaral